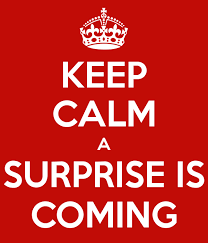 From the title of this blog, I would bet my top hat and tails that you thought something “ooh-err-misses” might follow.

Something a little bit juicy perhaps?  Well, yes you are right.

But not in the way you think, dear reader, and quite frankly, I’m outraged. What sort of blog do you think this is?

I got taken on a magical mystery tour to go and do “Something Exciting” last week. Generally, I’m a big fan of being taken into the wilderness and given a challenge but for some reason when I was told about this surprise I found myself being a bit of an arse.

“I don’t really like surprises, can you just tell me what it is?”

“Well what am I supposed to wear?”

“Fine. I shall come in a ball gown and disastrously high heels.”

It definitely wasn’t kayaking then. Or, maybe it was…

Barn Art The Food Of The Soul

What happens is that you pick a pot of your choice and you paint it.

I chose a large jug because I like to use them as vases. They’re more interesting than vases and they can double up and be used for lashings of gravy when the flowers die.

Normally, you only get one hour to paint at these places but thankfully this one lets you stay until you’re finished. Good job, because my idea took four- long-hours. In my wisdom, I decided to paint a wildflower scene on my jug so that it went with the vase theme. Never doing that again. By the time I’d painted my last poppy and cornflower I had a deep hatred for anything floral. What I neglected to take into account was that you have to paint each thing three times over if you want the colour to pop. I maybe should have listened to that part of the pre-training before I decided to paint a forest garden.

That said, I prevailed and shouted, “I’ve Finished! Hallelujah!”  just as the woman who ran the place had decided to bugger off and lock me in.

You have to leave your masterpiece behind so the lady can glaze it and make it all professionally shiny. I hate waiting for things. A few days later I went to collect my pitcher of painted perfection and I was not disappointed.

Decanter your pre- conceptions and take a look at my growler!  [informal. a pitcher, pail, or other container brought by a customer for beer and not what you thought] 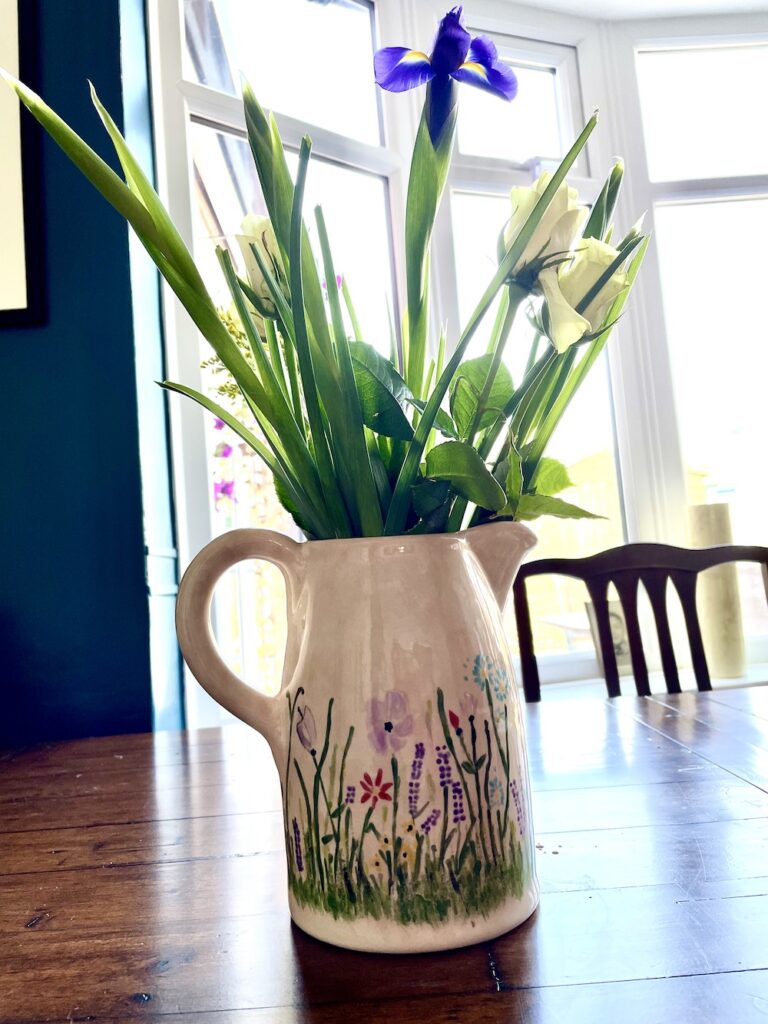 I thought about investing in a kiln but then remembered I already have 465 hobbies. 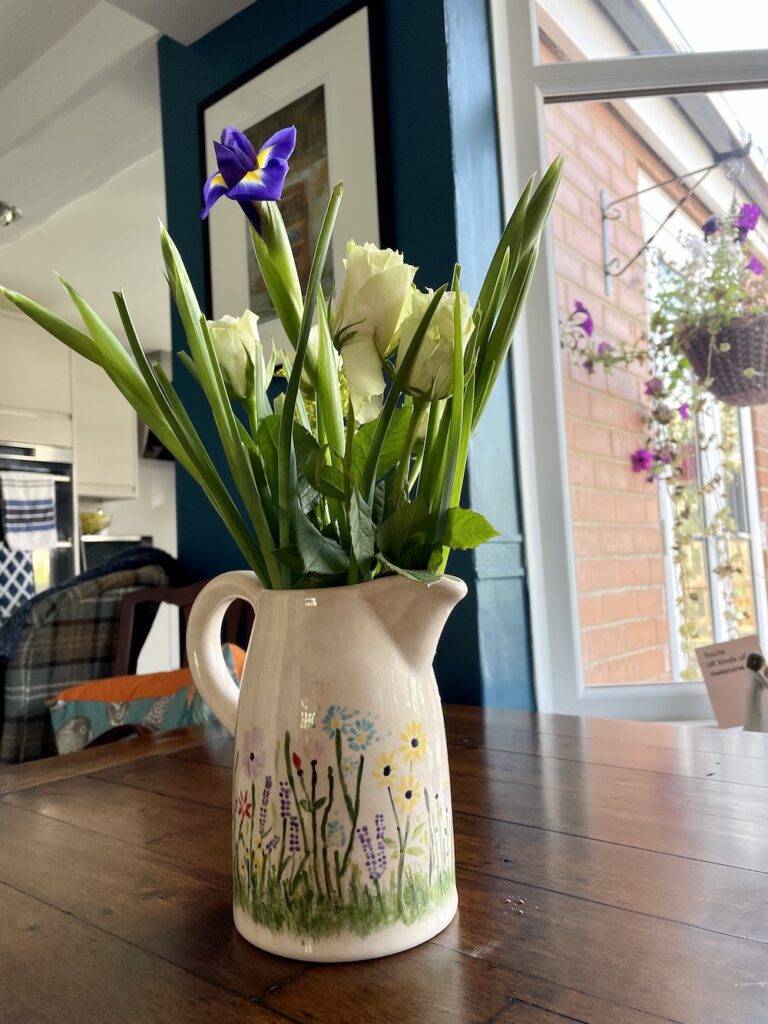 Have You seen That Anchor?

And then there was more!

“There’s a pop-up smokehouse at the back of The Anchor in Plungar. Fancy a burger?”

The surprises just kept getting better!

Deep in the Vale of Belvoir, in the back garden of a country pub, came “Smiffy’s Smokehouse ‘Burger Fest.'”  Known throughout the land for bringing the deep south flavour of authentic BBQ to street food. 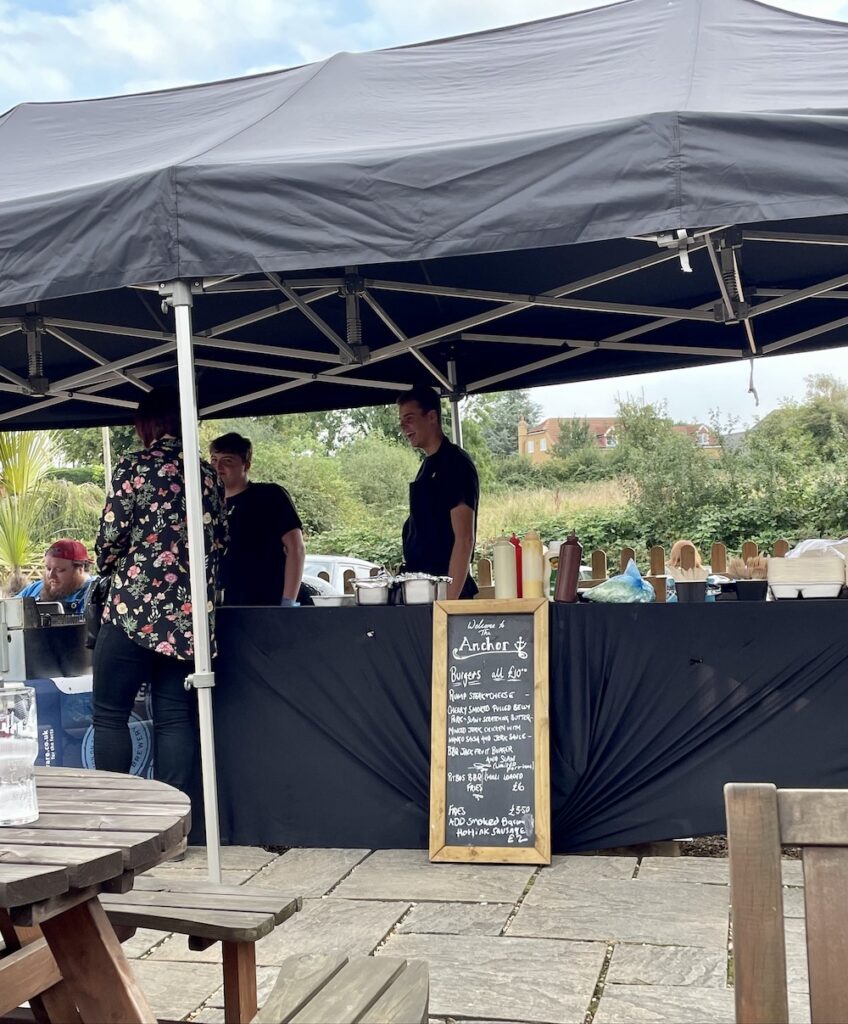 Meat lover, (and once actor), Aaron Smith, got to know some guys in America who did cook-offs and became southern inspired, buying his own smoker and dishing up hard-wood smoked brisket, burgers, and pork, along with pit beans, chilli and loaded fries. Over the last few years his food has gone down a storm in the restaurant area and now he also does pop-up smokin’ BBQ’s  at venues.

The weather was good. The beer was flowing. The punters were jolly. A medley of country rock blared from the speakers. Thank God my cowboy boots were mended because I felt proper authentic.

To be fair, this was one of the juiciest and tastiest burgers I’ve ever eaten. 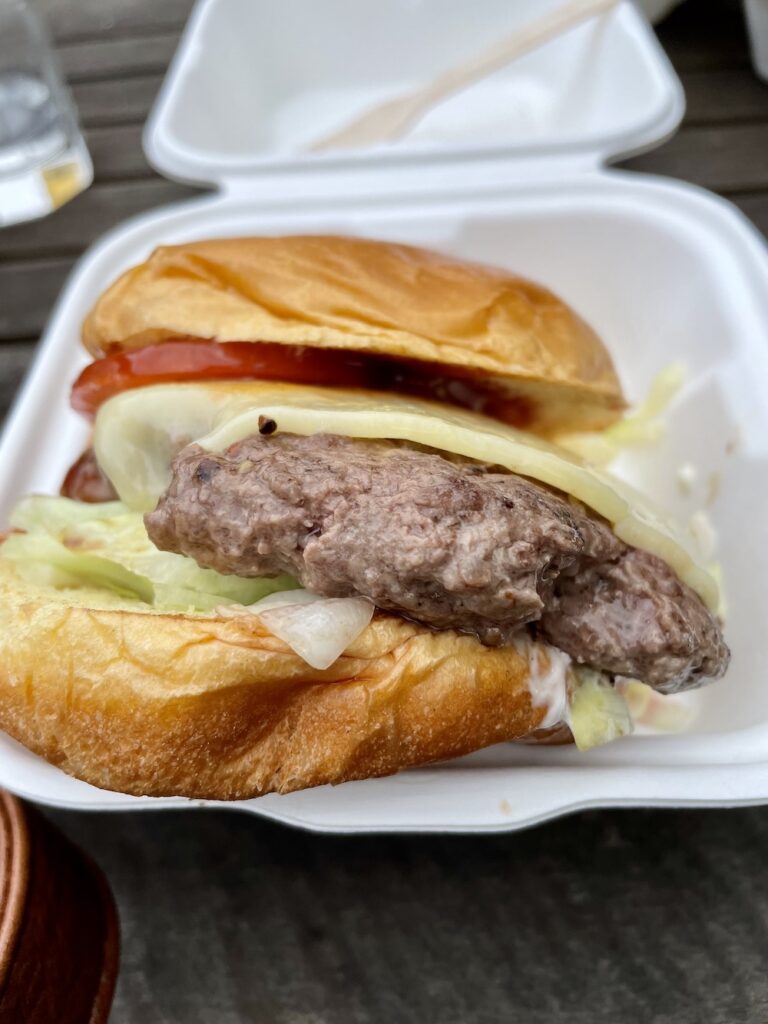 With loaded fries, of course. 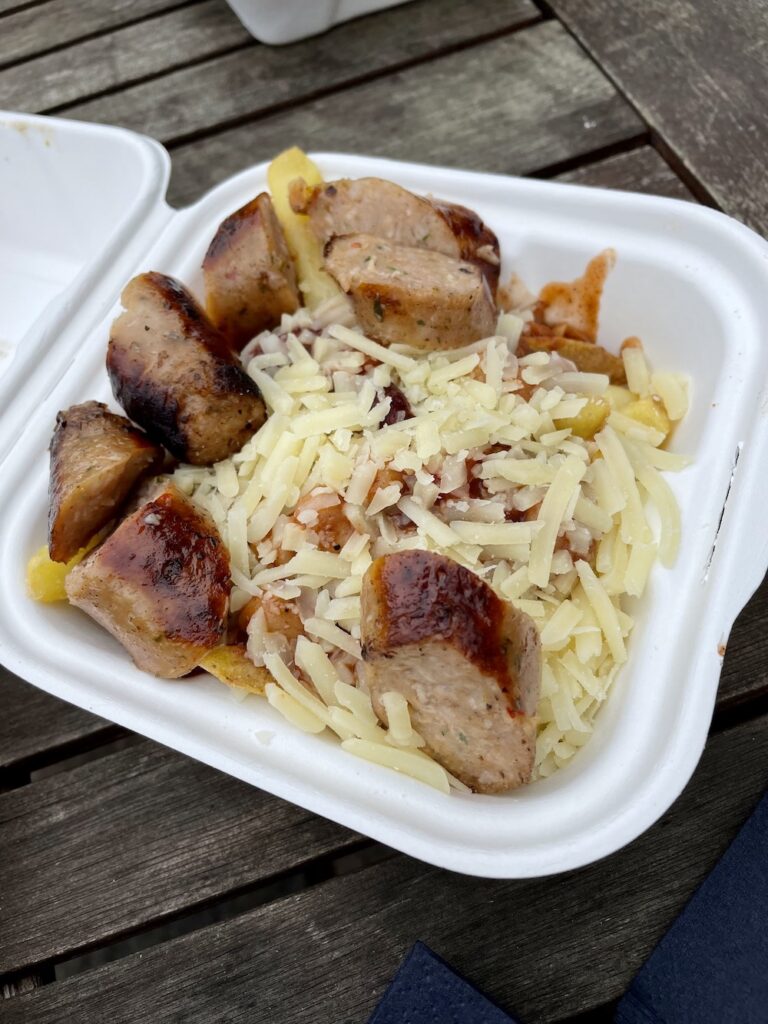 Rumours spread fast in village England. So good was the pop-up burger fest that even Jason Momoa came for a snack. 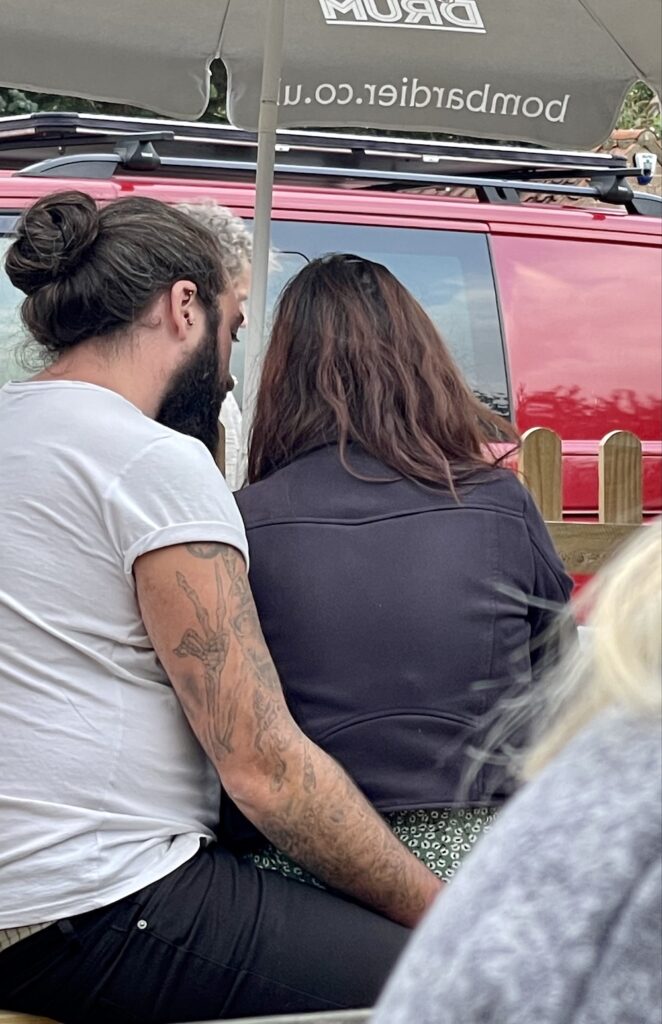 Followed by one of Tupac’s stage managers. 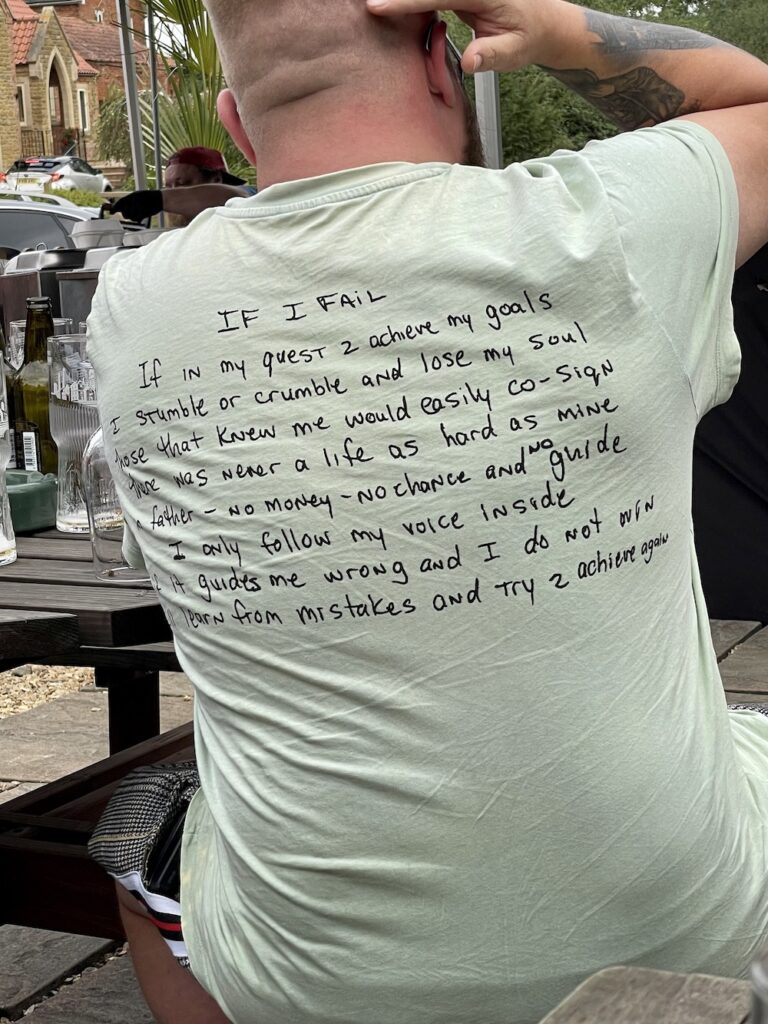 You don’t have to go far to see thefamous here.

Put that in your brioche bun and smoke it, Hollywood.

The vase is impressive, but the burger looks mega. Is he there all the time or does he just pop up now and then? I reckon I was last in the Anchor at Plungar 40+ years ago, before anyone had even heard of burgers!

Thank you! Burger was pretty mega. Definitely worth a visit. I think he pops-up (so to speak) all over the place. You can find him on FB under Smiffy’s Smokehouse BBQ and follow the burger trail through the counties. It’s high time you did if it’s been 40 years! What did they have back then? Probably pork scratchings if you’re lucky, right?

Home Ales as far as I remember. I don’t think pork scratchings had reached the Vale back then, strictly crisps and salted nuts.

The Vale is a place of mystery. Apparently it’s supposed to be one of the best places in the UK to live.

Things were a lot more simple back then. Who eats pork scratchings anyway?

It was absolutely wonderful, LL.

I think your jug(s) looks nice ;). Looks like some good old American inspired food there.

That’s what they all say 😉

Very nice food – you can tell he’s been hanging out with our American cousins. I’m a big fan.

Aquaman saw Denise Huxtable on tv and said one day she would be his wife. and it happened many years later. true story, this actually happened with Jason Momoa and Lisa Bonet, a success story in manifesting

nobody wants to be 50 Cent’s stage manager right now…

I’d love to go to Patrick’s Pots. Im quite potty about the idea. So is Harry Potter.

I need to get into this manifestation malarkey. I’m more of the brute force/ manipulative type when it comes to getting what I want. I’m prone to devious sales tactics, begging, crying, and even completely falling out with the non-believers. What I need to do is stay calm, sit down, and visualise success and glory in my mind. Right? That’s what you do? Problem is, my mind is a wretched little demon and it will bring in unexpected imagery and scenarios into play and God only knows what will manifest from that – utter chaos. *)

Well done! And that burger does look tasty.

I tell you what, LSP, it was good authentic smoked awesomeness. And all in a pub garden. I think you would have found this hybrid situation quite satisfying.

Well, you’re very welcome Smiffy! I certainly hope you do – Food was delish – I might become a groupie!

Thanks for the visit!