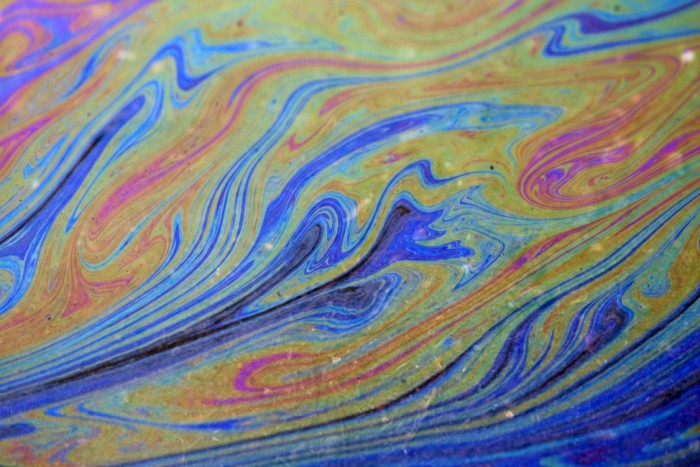 “Brad, we have a major problem and Bob’s been suspended pending investigation,” said Jim from senior management.

“Yep. That’s the fella. There’s a meeting next week and he should be giving you a call to come along and support him.”

I was surprised that Bob, who was close to retirement, had got himself in any kind of bother. The man had years of faultless service. I was intrigued and asked for the back story. It went like this:

Coming off a shift, Bob pulled into the depot at the diesel pumps and jumped out of his cab. He started to fill up with fuel and then decided he needed a pee. Now, this isn’t unusual as when you first get out and the cold hits you, it happens.
The pumps in the yard are high speed diesel pumps for HGV’s and deliver up to 400 litres of fuel in a minute and a half. The handles have cut offs for this very reason so you can’t overfill. Bob, in his wisdom, decided that he’d wedge the handle open and leave it running whilst he nipped to the lav to relieve himself. Now even a walk to the bog and back is taking a risk and anyone in their right mind would NOT wedge open the cut off. Except Bob.

When Bob came back the yard was flooded with diesel. So much so that it had to be shut down for 24 hours whilst it was cleaned up. If that wasn’t bad enough it didn’t end there. I got hold of Bob’s notes and arranged to meet up with him.

“Mate, what the hell do you think you were doing wedging the handle open and buggering off for a piss?’ I asked.

“Well I didn’t think that would happen,” he said. “When I came back and saw it all, it were like a shimmering lake!”

“Bob, it would be like a shimmering lake. You left the pump spewing out four and a half thousand litres of diesel. Even the reserve tanks were empty. It says here you were gone for 12-15 minutes. Is that how long it takes you to have a waz? And during any of that time did you not think about your cab?”

“Well, I went to go for a pee,” said Bob. “But then when I got to the loo I realised I needed a crap too. That’s why I took a bit longer.”

I put my head in my hands. “We’re not going to mention that, Bob.”

“Are you going to be able to help me, Brad? Only my pensions coming up and I’ll lose all the company dividends.”

“Well I think the pump was faulty,” he said.

I made a note of all the possible things that might be able to save Bob from spending the rest of his days in an NHS old peoples home but I was clutching at straws. Then two days before his hearing I got called into the back office after a night shift.

“Environmental health turned up the other day. Wanted to know who’d poisoned all the fish in the river three quarters of a mile away. Turned out it was a massive diesel spillage that they traced back to here. Said we’ve got to pay for the clean up and install new tanks or they’re gonna prosecute.”

“Jesus,” I said. “Whats the final clean up bill to the company?”

I met up with Bob an hour before his hearing.

“Are they gonna sack me, Brad?”

We went into the investigation meeting where the charges were read out. The management were not happy. You couldn’t really blame then since he’d just cost the company a fortune.

“Bob thinks the pump might’ve been faulty,” I said.

“Pumps been checked and it’s fine.”

Bob started to get very upset and red in the face. It wasn’t helping.

“Bob can you leave the room please,” I said.

Once he was gone I put my notes down, “Look, he’s a decent old bloke with years of good service. Can we not let him finish out his last few days, take his pension and just put it down to a senior moment?”

There wasn’t any arguing with that so I went for my final shot. “I think Bob has a bladder problem, I’d like him to see occupational health.”

Thankfully, for Bob, the OT decided that it was necessary for Bob to stop to urinate at least every hour.

Bob left with a final written warning and has since bought a house in Spain with his pension.

Good old Bob. I can relate. Sometimes you need to drain the lizard and all else is relegated to secondary importance.

Drain the lizard – ha! I’ve heard all sorts but never that one. *makes note*

Yes I felt for Bob too, Larry, and how something so simple can cause such a catastrophe. Still, what’s a hundred k between friends.

Jules, you weren’t familiar with the mother of all expressions, drain the lizard? Well, what do you know… I need to sit down and drain mine.

Never heard that one. I’m terribly naive, you know.

I was feeling bad for him until the part about buying a house in Spain. I always get weepy at happy endings.

Fun fact: My father-in-law once drove out of the service station with the hose still in the car. Much destruction ensued.

Bob’s living the high life now on Sangria and Tapas and has bagged himself a nice little Flamenco dancer. Go Bob.

Oh my giddy aunt. Bet that cost a few spondoolah’s to put right. How? How do you forget to put the bloody nozzle back in the pump?

I need to splash my shoes on an hourly basis too, when I’m driving.
But that’s probably because I eat and drink a lot when I drive long distances, as it helps stave off the boredom.
I feel for Bob, but the man was an idiot to do what he did.
Even if he’s not real.

Splash your shoes. You mucky pup.

All these stories are true, I couldn’t make this up! All I’ve had to do is lessen the profanity, believe it or believe it not.

number one
break the seal
drain the main vein
yellow Mio
whaz(z)
piss like a racehorse
piss like a Russian racehorse at the Kentucky Derby (only used in Russia or the Kentucky Derby)
see a man about a horse
and my grandmother’s favorite word “tinkle”. i asked her her slang word for poop but she didn’t know what poop was…*)

Your Grandmother is a lady. Bless her.
Yellow Mio sounds like an ice lolly! Thank you for the run down, my sweet *)

Silly old Bob. He would have done less harm if he’d pissed in the fuel tank instead. One day they’ll design trucks that can run on piss. I hope he keeps active in Spain and goes to a matador school. The bulls will keep his bladder working.

What a brilliant idea Mr. Gorilla Bananas. I like a person with foresight. I think the bird is keeping him busy with her castanets!

Poor Bob, he tried to multi task & it all went to shit! I’m sure he wasn’t taking the piss, just needed to take one.
Stick to 1 task at a time lads, the man way

Haha! I lOVE Blackadder. Bob. That explains a lot.

Bob is my unlce but I call my car Bob too. So basically I’m really biased and I’d’ve let Bob off the hook too for needing to drain the lizard and then some too.

I think Bob could have done with us lot to menace with the management! Bless bob.