Confessions Of A Shop Steward-Part 5: Flash 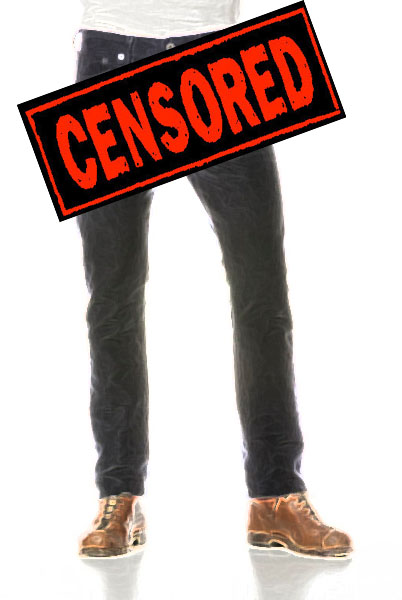 I got a call from senior management one morning when I was at home on my day off.

“There’s been a serious incident. Lee’s exposed himself to a member of staff.” My first response was to laugh, like any bloke would.

“Not funny Brad. Not joking. He’s been suspended and needs to liaise with you as a matter of urgency.”

I put my head in my hands, let out a deep sigh and turned the BBC news off. I rang Lee and arranged to meet him at a nearby greasy spoon. He arrived, ordered a cup of tea and a fried egg sandwich and started to talk about the local footie game and how that penalty should never have been allowed and the referee was a wanker; probably because he’s Swiss which is like a Frenchman that doesn’t fight.

“I think we’ve got bigger issues to talk about, mate,” I said. “Do you want to tell me what happened?” I got my notebook and pen at the ready.

“Well, I was sitting in the staff canteen this morning waiting for a vehicle to go out on the road.” He took another bite of his sandwich before continuing. “And, Jeanette was behind the counter, ya know, like normal, filling up the food trays and stuff and cleaning surfaces.”

“She’s quite a good looking bird, isn’t she?”

“Nah, mate. She’s more than alright. I started watching her, ya know and the way that uniform stretches across her boobs. I was willing one of them press studs to pop open. Then the way she was eyeing up the sausages with her lips slightly parted…man. Even the hairnet didn’t put me off. She looked ripe for it, ya know. Anyway, I started getting a bit of a touch on.”

“Yeah. Something about her. Anyway. She had her back to me so I thought I’d surprise her for a laugh.”

My hand involuntarily wrote the sentence “Complete twat” across my notepad. “And?”

“Well, I unzipped the cage, let out the beast and waited for her to turn around.”

“So you got your John Thomas out, fully erect and waited to see how she’d react is what you’re saying?” I just wanted to clarify the stupidity. “And how did that go down?”

“Well she didn’t turn round straight away so I shouted, ‘Hey Jeanette! Have you seen this!’ I thought she’d find it funny but she screamed, burst out crying and ran off.”

“And you weren’t expecting that reaction?”

“No! Why would I? She’s normally a sound bird and I did it with a smile on my face.”

“Right. Lee, stay at home and lock your doors. You’re suspended on full pay until the investigation.”

I went straight to the office to see senior management.

“We’ve sent Jeanette home. She’s hysterical. Brad, we need you to wait in the yard with security until Pete comes back from his night shift with his cab. Tell him what’s happened and send him home on full pay.”

So much for my day off.

You’re probably wondering who Pete is. Well, Pete is Jeanette’s husband, who also works here as a driver and a bit of a feisty character. He rolled up in his artic twenty minutes later with a face like Rasputin and completely cleared the cab steps.
“Where is that fucker, I’m gonna kill him,” he shouted. Funnily enough, Jeanette had already filled him in.

I managed to convince Pete that killing Lee right now wouldn’t help the situation and he should go home and look after his wife. I advised him to stay off on full pay until the situation was sorted out. Pete left in a ball of fury. The security guards went off for a drink and I stayed in the yard having a cigarette and wondering if I could get a job stacking shelves in Tesco. Then I noticed ‘Big John’ marching towards me across the yard. Oh good.

“I like Pete. I’ve said to him, about that Lee chap, ‘I’ll do him’ if he wants. Cut the bastard’s thumbs off.”

I lit another cigarette with the one I was just about to put out. Bringing about emphysema as quickly as possible seemed a better option than staying in my current position.  Pete had done time himself and you all know the Big John story. If they both had a go at Lee I feared that he would lose more than his thumbs and I couldn’t have that on my conscience.

I went back to visit Lee and took a final statement.

“I don’t want to lose my job, Brad. Can you put it down to alien hand syndrome? It was only a bit of fun.”

“No mate. Waving your dick in the air to another man’s wife let alone a female member of staff is not a bit of fun. Where are the boundaries, Lee?”

Pete became madder still when he found out I was supporting Lee in trying to keep his job as is my role as shop steward. Trying to placate him was difficult and him being friends with ‘Big John’ didn’t help ease my stress.

The company ended up giving Lee a final written warning and he kept his job, however it was imperative that ‘Never the Twain shall meet’ and Pete and Lee were put on completely different shifts. They both agreed this to be for the best.

All seemed fine until one Saturday night a few weeks later when I was on the road delivering down south and received a call from a pissed up Pete.
“I’ve found out where that knob end lives and I’m gonna have him,” he slurred.
“ Mate, that’s a bad idea. Don’t do it. Go home and sleep off the ale.”
“No. I’m going round and I’ve got a pillow case.”

“If you go round and do anything you’ll lose your job, you’ll end up in nick and you’ll never see your wife again. Plus you’ve told me and I’ll have to report it. Promise me you aren’t gonna do anything Pete.” My heart was racing andI had visions of him and Big John chopping Lee into a million pieces.

He gave me his word. His word was a lie. He went round to Lee’s house who thankfully wasn’t in to meet his demise. Instead, Pete smashed up the flasher’s house and got it out of his system. He ended up with a police caution only after agreeing to pay damages.

The two still haven’t bumped into each other and I am still masterfully staving off a colossal, stress induced heart attack.

I think that Brad should file it under, “Assault with a friendly weapon.”

I think that makes a lot of sense and you’d make an excellent filing clerk.

Have gun, will travel

Excellent job!! Your Moo Shu looks wonderful. I am so glad you forged ahead without the bamboo shoots – they aren’t necessary or to everyone’s taste, and your stir fry looks fantastic as it is!! Thanks for cooking with us this month!

It’s no wonder she screamed. Dick are just gross. I don’t know how you women put up with them.

It’s hard. But us women are tougher than you think.

Dicks are gross? It’s the only part I like about myself. It is, of course, a darker shade of blue. Do I need help, too, Jules Dear? (wink wink)

Hello Grumpy chops. Yes you need help. It really shouldn’t be a darker shade of blue. You’re holding it too tight. Ease off – get some lube and think of Megan Fox. 🙂

Thanks for the tip. Now, all I need to do is find a way to up my energy level.

Lucozade, marmite on toast and a bar of cadburys chocolate. See how flippin’ helpful I am? 🙂

The darker shade of blue is gone…

It worries me, Jules, that you’re hanging around with these hairy trucker types.
Not your usual circle of friends, I’m sure.
Unless they all drink Pimms on their day off.

Oh goodness, Masher. I’m not hanging around with them I’m just listening into their tales when the eclectic frequent my dens! They’re all secret Pimms and Bolly drinkers really. There are many guilty pleasures behind the facades.

John Thomas: ready for our battle?
Tarantino (as Federer): i’m gonna bludgeon you on the court with my SABR.
John Thomas: sabre?
Federer: Surprise Attack By Roger. try the chocolate. how’s it taste?
John Thomas: neutral.

Scully: Mulder, my diagnosis is you have alien hand syndrome.
Mulder: sounds fake. let’s continue searching for aliens.
Scully: Mulder you’re doing it again! stop doing that with your hand in public!

Tarantino: or Sneak Attack By Roger. i forgot my line *)

Zed: Bring out the gimp.
John Thomas: Is that your new name for me?
Tarantino: No, that’s what I told him to say you muppet, I’m the director.
John Thomas: I’m not sure I’m happy with that moniker. Couldn’t it be something more fitting like, Big John?
Tarantino: NO! Besides, he’ll cut you off if you say that. Gimp is good. Gimp implies sex slave which is basically what you are.
John Thomas: I think you’re just jealous, Quentin. Freud would say your violent movies are a release of your own sexual frustration.
Federer: I’m jealous. Can I be the gimp.
John Thomas: No mate, you’re only ranked number 3 in the world whereas I’m numero uno. I have all the power, the ultimate aces, the advantage and can take a situation to break point better than you.
Federer: It’s not all about sex you know. Sometimes it’s sport.
John Thomas: It’s always about sex.
Jules Winfield: And foot massages.
Freud: Everything is about sex except sex. Sex itself is about power.
Tarantino: No it’s not! Movies are about power. I’m the power! me,me, me. Arrr I’m a racing car in red. I’m the guns of the Naverone, I’m superfly TNT..
Jules and Vincent: They’re our lines.
Tarantino: CUT
Big John: On my way boss.

Blessed are the peacemakers, for they shall inherit the knob exposure cases.

“My first response was to laugh, like any bloke would”. Any gorilla too, but I quickly gritted my teeth to suppress any mirth about this unseemly incident.

Blessed are the meek indeed for they shall have no fun whatsoever.
It’s dreadfully unseemly and I shall not be slicing cucumber for my afternoon sandwiches today. I shall stick to egg and cress and keep one foot firmly on the floor and my nose in a holy book.