A Country Shoot And Deerstock 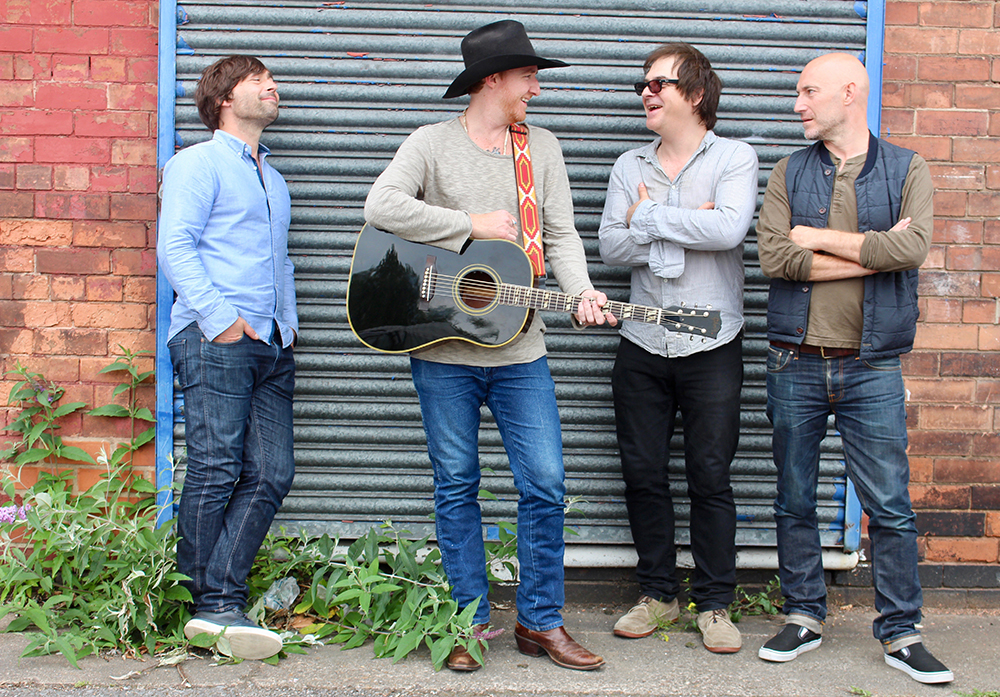 My week started like this: Three people kipping down at mine with food issues. Like I haven’t got enough going on with pigeons, mad dogs and chess chumps, I get this: One with a gluten intolerance, one with a diet so strict the mathematical equations are more complicated than algebra and another who said, “Just so you know, I’m a pescatarian.”

“Oh, well right now I’m a PissedOff–arian and this pad ain’t a Michelin star restaurant. Salad all round then.”

Recipe for a fun filled evening…

The next day a bloke and his van came round. I needed someone to paint the Tudor style, gable end of my house. I don’t know where this guy came from but I was told that someone knew a man that also knew a man through a man that can.

I heard the bloke clattering around outside with his ladders for ages. ‘He probably wants a cuppa,’ I thought. Builders don’t tend to get their game on until at least three mugs of tea with 18 sugars have been served.

“Nah, s’alright,” he said, wiping the sweat from his brow with his forearm. He gazed worriedly up at the ladders and twiddled with his paint brush.

I let this information sink in for a few minutes because it didn’t quite correlate: builder and scared of heights.

An hour later, mate turned up right at the same time that the heat wave decided to take a nosedive and the heavens opened.

“Are you a pescatarian?” I asked.

I got a phone call.

“Jules, can you take a few shots? Some musicians in town”

“Sure. The drone hasn’t been back so I’m ready to use my gun. And the mood I’m in after this week I’m more than happy to fire off a few rounds.”

“Well,  HELLO…who better than me?! But, just so you know I’ll obviously be wearing my cowboy boots.”

“I’m just sayin’. I always wear them. I don’t want this singer to think I’m doing it just to please him ‘cos this is something I do every day. You know what musicians are like but I can tell you now, I can beat his narcissism 7 days a week and twice on a Sunday.”

I didn’t know where I was going so I asked for directions to the recording studio. 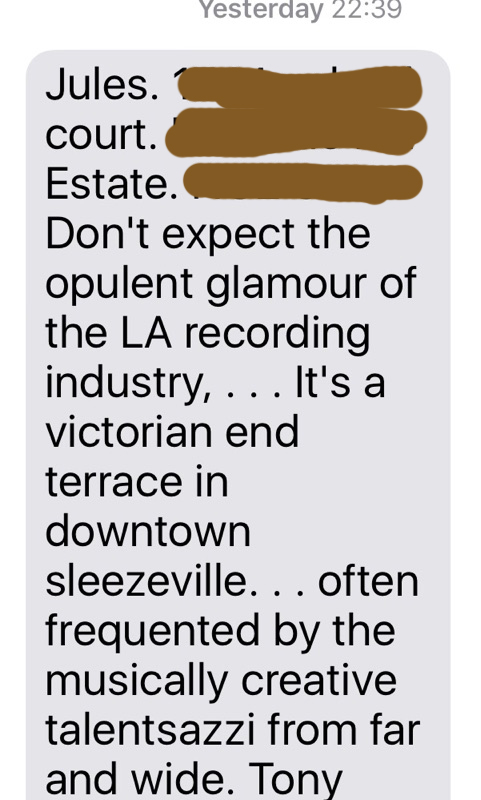 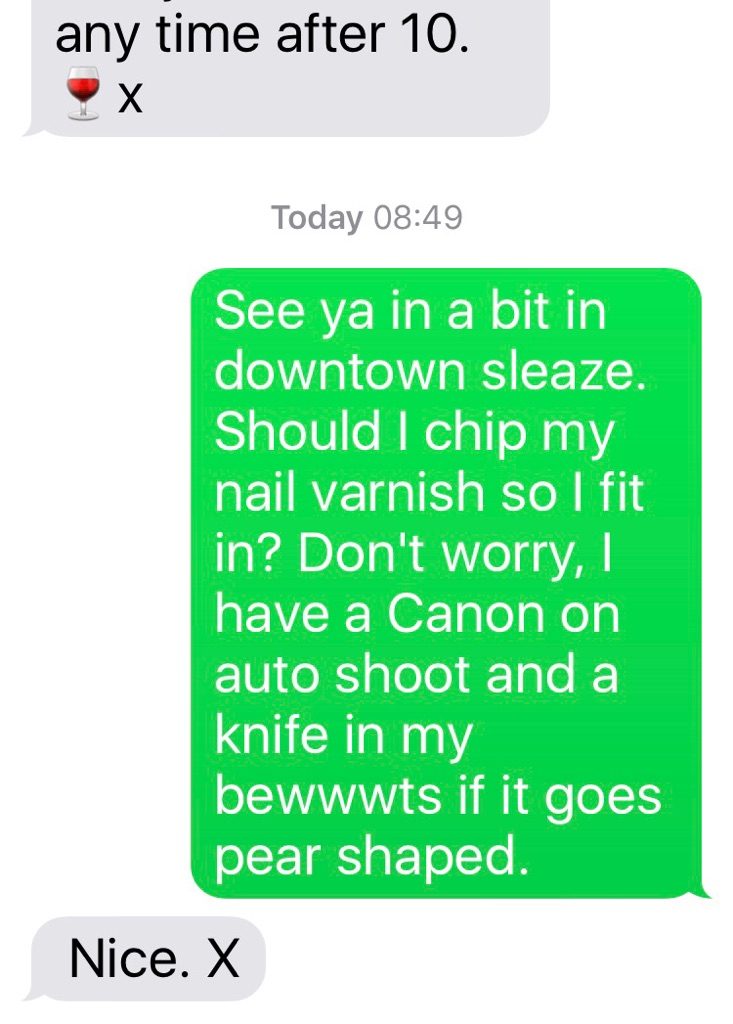 Here are a couple of my photos from downtown grunge this morning.  Very Rock ‘n’ Roll. 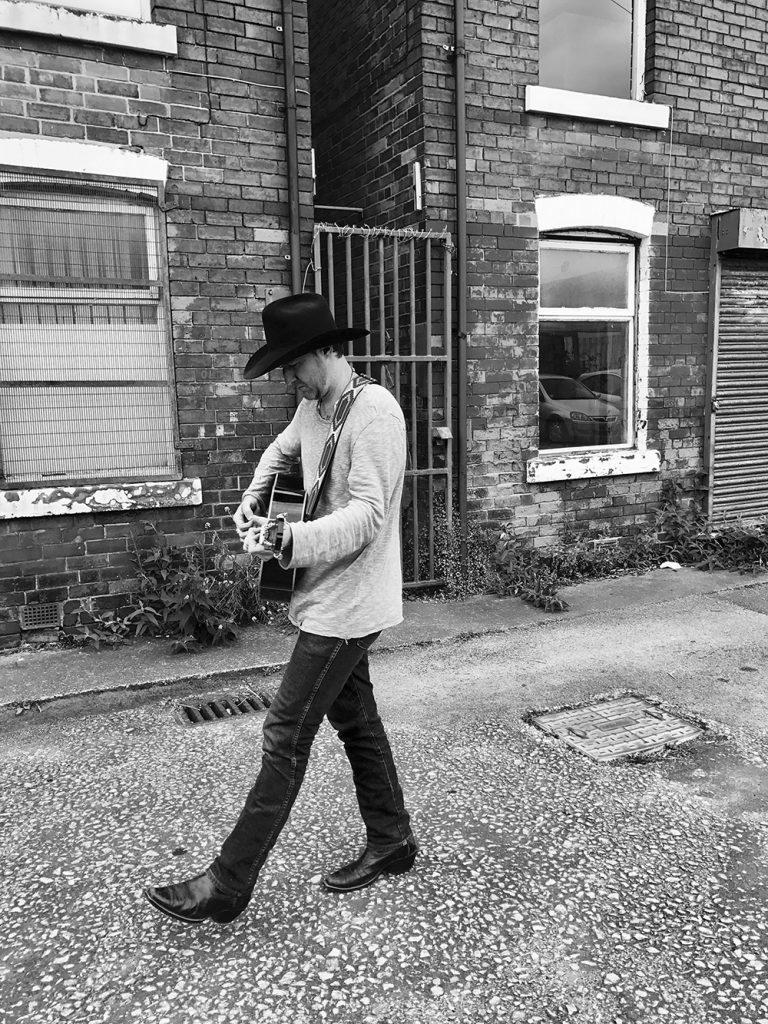 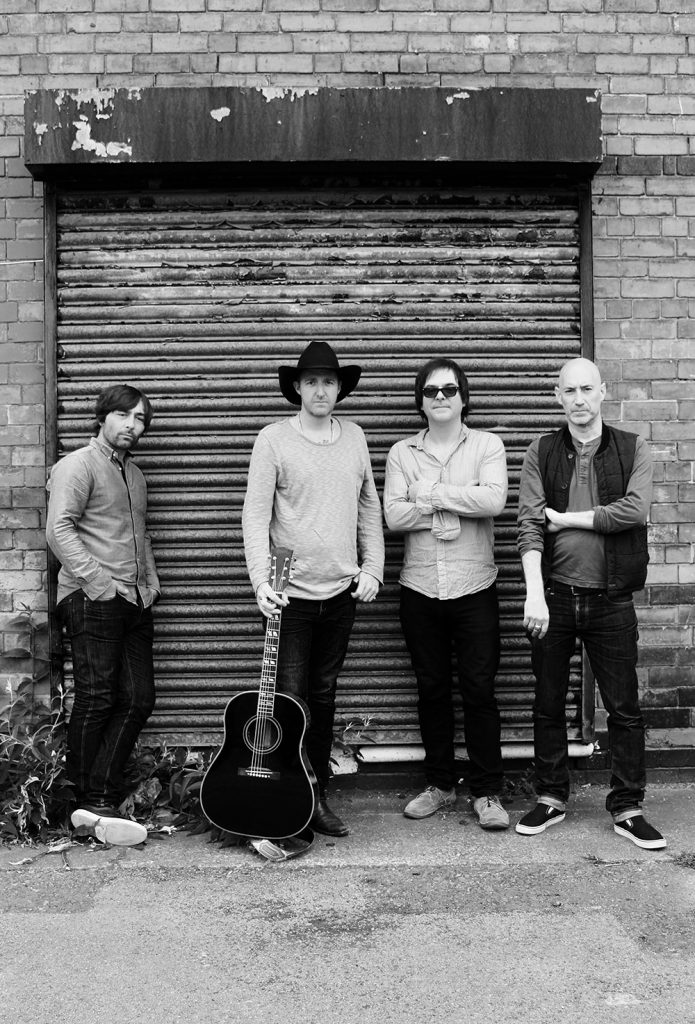 Shutter on The shutter.

Apparently, it doesn’t end here. From Friday to Monday, I am attending the Deerstock Festival to witness this musical event in all its glory. I have to stay in a tent which is going to come as a bit of a shock to me since my fairy godmother has now got me used to 5* hotels on Monarch Beach. The last time I was in a canvas structure I got zipped up in a cupboard section by my mother and have had post traumatic tent disorder ever since.

I am “glamping” in the “artists and groupie section” which means free food and drink. Whilst that’s a bonus it could also be my undoing. If I’m not back next week, send the sniffer dogs.

Deerstock and shoot gave me to believe that you had headed off into Sherwood Forrest and bagged one the queens deer.

Because that’s what we would have done here.

Imagine my disappointment when I didn’t find photos of you elbows deep in blood and gore, cleaning a deer.

Ha! The deer get shot here but by proper deer hunters. Maybe I should go for that job; except I’d be useless. You just can’t kill Bambi or Bambi’s mother. That happened once and I’ve never got over it. Walt Disney is a bastard.

I’m sorry to disappoint, Larry but I’m sure I can make it up with Festival Art Philosophy next week. 🙂

A painter afraid of heights…. LMAO!!! He obviously only does single story and dog houses.

What the hell is a piscatarian? I remember when we only had two sexes.

Funny how those guys from Austin don’t look they are from Texas much less America… oh, I forgot Austin is a lefty metrosexual stronghold in a sea of gun totting America loving, gun slinging, pickup truck driving alpha males and females. Hey but your photo shoot job pays the bills… right? Did they cry when you ordered their metro asses around to pose properly?

Have fun at the festival. I hope you will be doing a post on that one.

H – I know, right?! Would you like him to help paint your pad? Maybe he hates snakes too!

A pescatarian is someone who only eats fish. *sigh*

The only one from Austin Texas is the guy with the hat (obvs) and the guitar. The rest are from a UK band.

Big black jacked up trucks, gun racks and guns and people who can get up ladders and get shit done. LIKE.

Oh, there’s no doubt there will be a posting on that. It’s going to be filled with pickings! 🙂

A tent?! Oh, holy mother of GOD, no thank you. If I’m ever sleeping in a tent, that means something went horribly wrong. I need my comforts. I’m the opposite of a cowboy. Barely a man at all, actually.

Yeah, I hear ya, M. And guess what, It’s chucked it down with rain ALL day today just to make the field nice and soggy. I can see myself moving to sleep in my car and possibly driving back home in it.
You’ve got plenty of cowboy in you. 🙂

I’m pretty sure Nox was just kidding about a Pescatarian being a sexual orientation. Still, if it WERE and orientation, I’d expect to see it in Austin. #NottJaneAustin.

Good luck glamping in Newton. If it’s not raining, I hope it’s air conditioned under that canvas. If it IS raining, the cowgirl bewts will come in handy in the mud! Enjoy the music.

Thank you, Grunt! Good to see you.

I actually think H could be right about pescatarians…

talentsazzi, that’s where I want to be. at the Rothschild mansion in the Hollywood Hills with the red robes and golden deer masks, that’s my scene. the sleazier, the better. there are hors d’oeuvres but no one’s noticing those hors. the password is not password, I tried that already.

wait so you’re saying Nirvana’s going to be at Deerstock this year!?

Sorry for my tardy reply, my sweet.
You do not want to be there because it’s all fabricated, nasty sleaze. Keep it simple in the back streets.

Hi Cindy! Sorry for my late response – I was undercover, hippy reporting.

Thank you, I aim to please my beautiful readers 🙂

Two posts suddenly appear in my feed and I can only comment on one of them. Did someone give you a chastening talking to, Jules? I personally think it’s better to chasten yourself than let someone else do it.

I don’t know why you’re getting this feed so late, Mr Gorilla Bananas. I’m already on next week!
Me? Chastised? It would be the first and last time they did that!