Dickies Around In The Countryside 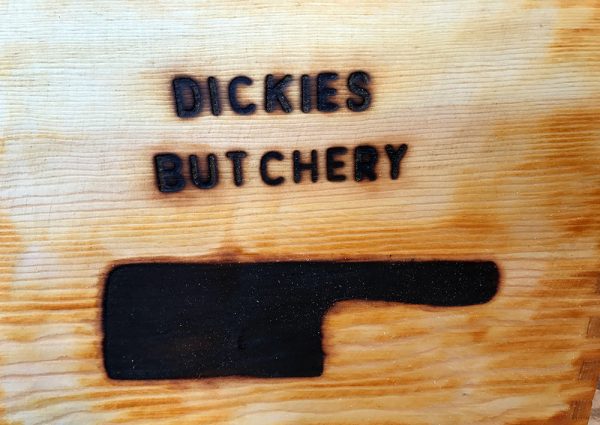 Why the long face? 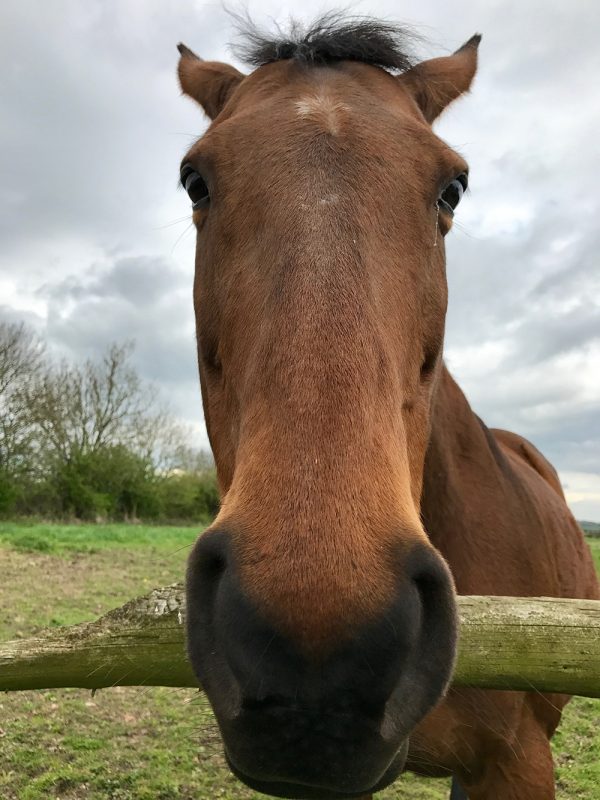 I went deep into that there English countryside at the weekend, I did. <—- Please say this sentence in a farmers accent if you would, because it sounds better. You’re doing it aren’t you? Oh, the power I have over you…
Anyway, I drove past a field full of horses.
“Stop the car!” I demanded of my mother. “I want to see the horses!” Yes, I am in fact 12 years old. 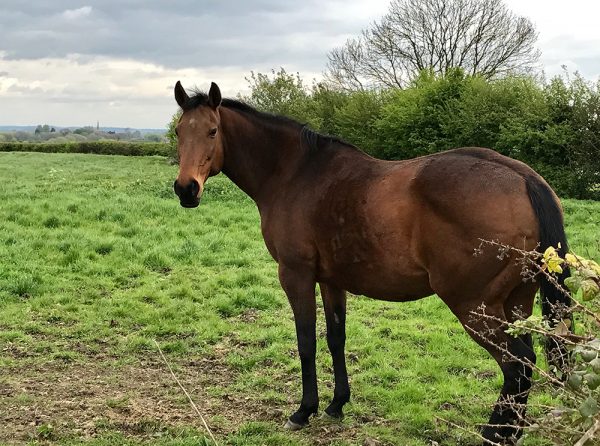 The thing is, horses and I have a bit of a volatile relationship. Whilst being the only English cowgirl that doesn’t get on with either cattle or bobo’s might seem quirky and befitting of yours truly, I thought it time for me to make equestrian amends. I tried to make friends with this horse. I stood my ground on t’other side of the fence and called him to me, “Come hither horsey” I said and made that funny clicking noise in my mouth like cowboys do on telly. Eventually, after much goading he came over. He even allowed me to stroke his long face. I felt victorious. Usually horses and I rub each other up the wrong way with our highly strung and sensitive natures. At last, I had mastered the art of… 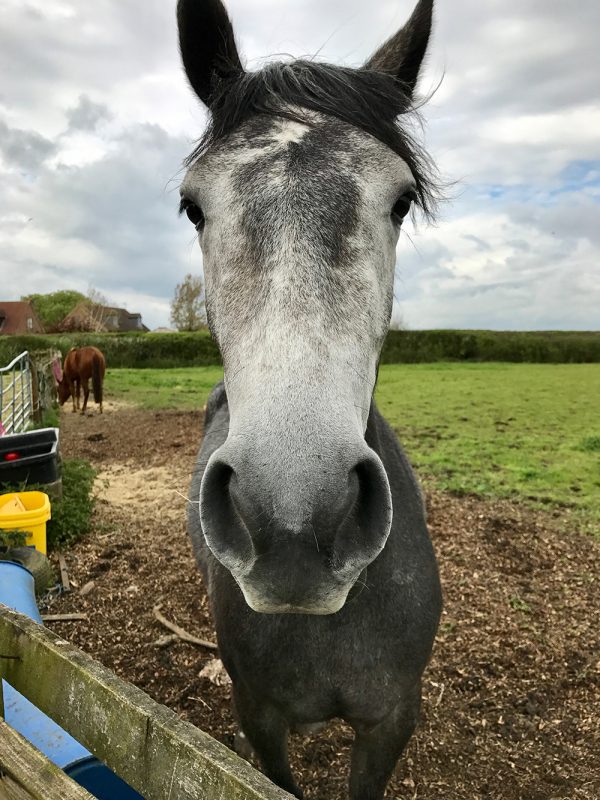 I then left him and went to the adjacent field to stroke this horse. Total confidence. I was now spreading the horse love like a pro. Well, Mr. Chestnut stallion in the other field didn’t like that and began making snorting noises and galloped over to this fine grey beast and I like a drama queen.

“Aww, he’s jealous!” I said.  So, being the kind soul I am I went back to stroke him again. What did he do? He batted my arm away with his head and basically, horse screamed.

I can’t be doing with that kind of attitude. That’s me and horses done. I’m sticking to dogs.

Let’s have a butchers

I shall resist the temptation to say “Bigeth Dicketh” at this point but that’s where I went.  Dickie’s Butchery & Cowshed. What a slice of prime cut this place is! 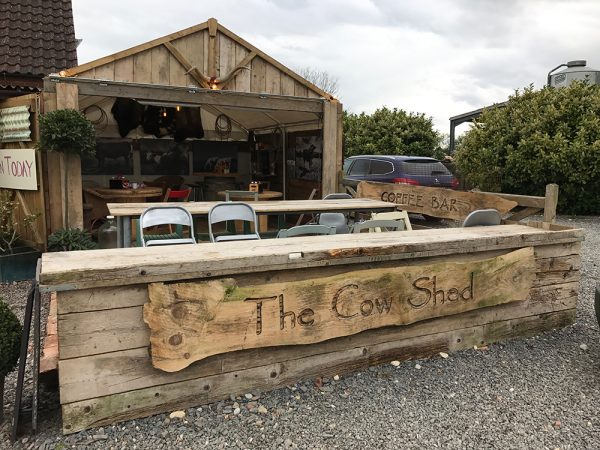 Not only is this place an artisan butchers shop on a farm in the middle of nowhere, but also a place where you can sit and have a coffee. That’s right, a steaming hot latte in a tin mug made by burly farm boys.  Err.. Goodbye Starbucks, we’re through.  Look at this jewel of a find!  I felt like I’d stepped into a piece of Texas in England. ‘Cept y’all don’t have butchers shops. 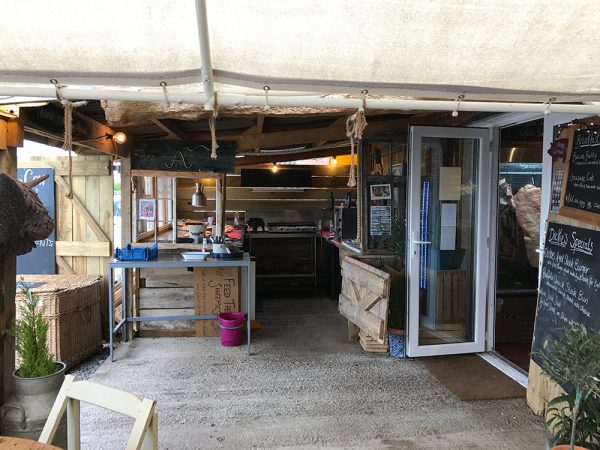 And not only can you have a bit of a cappuccino here, but a home reared bacon and sausage sandwich or prime farm beefburger.  Win.

They even have pop up, outdoor eating events.  *Subscribed* 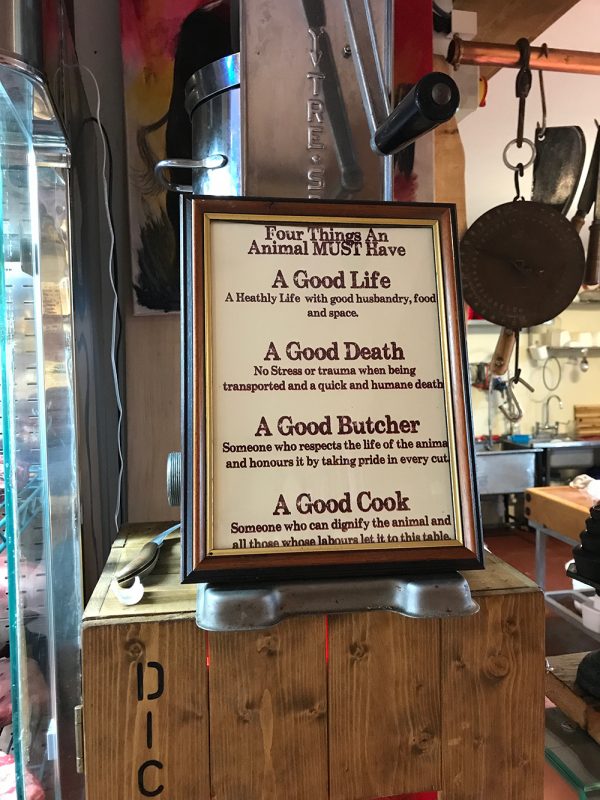 These butchers out in the countryside take their meat dead seriously. 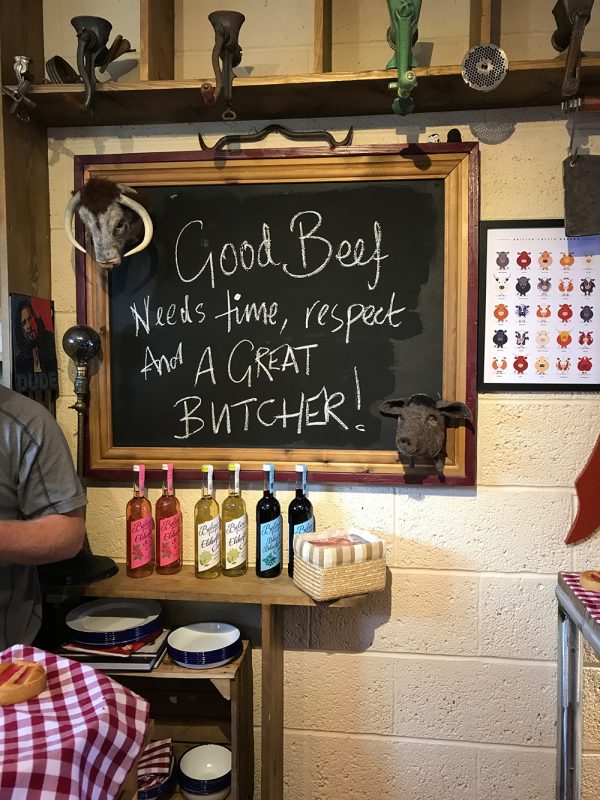 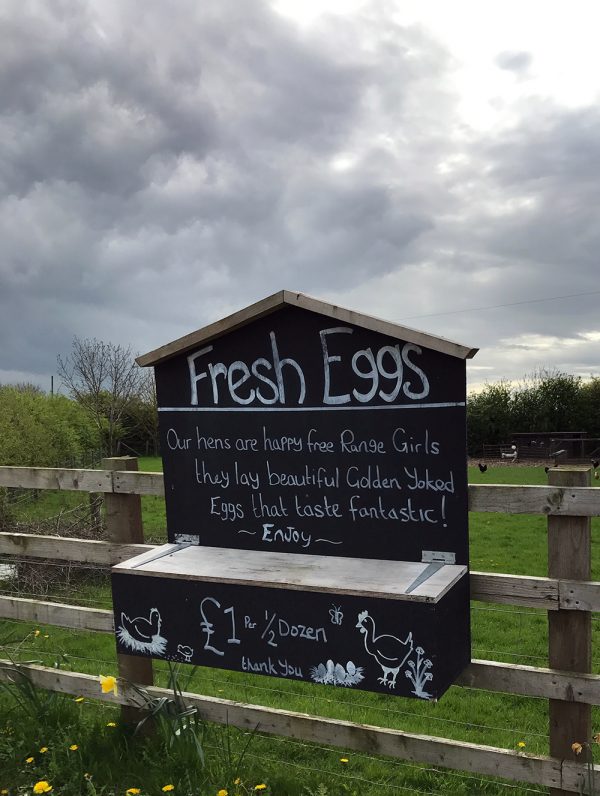 But when I saw this little fella playing about in his pig pen it bloody well put me off having a bacon sarnie like that film Babe did.  I should have stayed put in the cowshed coffee barn and just thought of supermarket packaging. 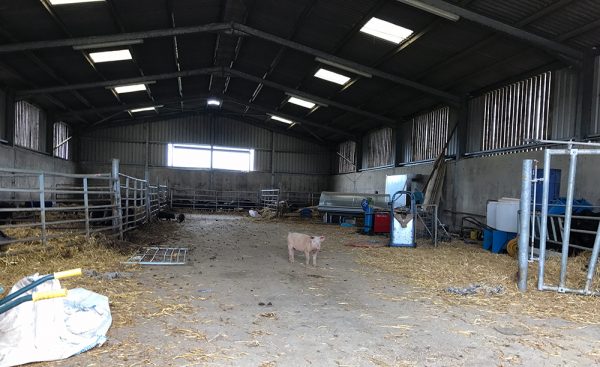 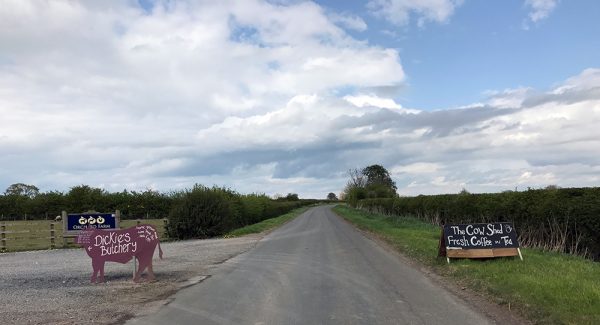 Don’t give up on horses yet, princess. They can be as loyal as dogs….and they’re BIG. 😉

I don’t really want to give up on them but we don’t seem to gel. Weird, cos I get on with all other animals. ‘Cept cows. 🙂

You’re going to have to learn how to get on with them if you want to be a proper cowgirl. You don’t want to be an “urban cowgirl” forever. (Not being mean, now. 😉 )
The stallion wasn’t being mean to you. His feelings were hurt…and he was expressing his hurt the only way he could. Remember, horses are like children; and sometimes you have to deal with them on that level.
Next time, take along an apple…cut it into quarters…and give each 2 quarters. (Be sure to feed them from the flat of your hand. Holding a quarter apple with your fingers could get them bitten. I say this from painful experience.)
That way, Mr. Jealous knows you love him aand want him to be happy.

Well, it just so happens that I’ve been bought some horse riding lessons! I go next Saturday for 3 hours. I shall take many apples! Hundreds. 🙂

Not first. So close.

Initially, I thought you were back in TX. Close enough, I suppose. And cheaper to get to. The horse as a diva. Isn’t life hard enough without that noise? That sign is missing “A Good Escape Plan.”

It looks like a bit of TX. Much cheaper to get there but not half as sunny.

I don’t think that you can beat their meat.

I’m sure I could but I have standards when it comes to artisan sausage.

I have a vewy gweat fwiend in Wome, called Biggus Dickus.

That looks a great place to get some decent nosh.
I could never buy eggs from them though: they spelt “yolked” incorrectly.

I want him fighting wild, wabbid animals within a week!

Proper nice gaff! Out there in the countryside pullin’ them ‘orses with a yoke.

Go to Asda for your eggs, Masher. You can sue for that sort of shoddy error. 😉

Are you going vegetarian, Jules? We gorillas don’t eat animals that don’t have six legs, which means pigs and horses have nothing to fear from us.

That stupid stallion thought you were stealing his woman. Couldn’t he tell you’re not a lesbian? And even if you were, an honourable cowgirl wouldn’t steal someone else’s woman!

Am I hell. No, Mr. Gorilla Bananas. I tried to be a vegetarian once and it lasted one day, 4 hours and 17 minutes. I turned into a flexitarian instead!

as with all things in life, there are two choices: drama masks, yin or yang, comedy or tragedy

so let’s stare at Robert Redford. did you know Robert Redford’s hair is made of amber waves of grain?: https://www.youtube.com/watch?v=W_1dKoCQlxY

the other video was Boxer’s death from Animal Farm. in the rain. that was too depressing to show.

i get all my meat from the Swiss Alps. all graze, no chemicals. i know a guy:
http://ftw.usatoday.com/2013/06/roger-federer-wimbledon-jacket

Two comments from the Late Phoenix! You don’t normally get that unless you’ve won a competition! *Flattered*

Maybe I need to watch that film and learn how to do this horse stuff properly. *Uncle Sigh*

That’s a very convincing weeeeeee you’ve got going there, Jules Dear. Love your style of writing. It’s like reading chocolate. That’s right. And, yes, I tried out my best farmer’s accent, too. You’ve got the power! Now, sing along: “I got the power!”

Like reading chocolate! I do that by braille as often as I can.

I find I like to talk in a farmers accent with a slight Cornish twang. That seems to make it very sinister.

I love Texas, I really do. I would love it even more if my bucolic farming community had a butchers shop. And a pub.

I find it odd that Texas doesn’t have butchers shops.

Why don’t you open a pub called The Bucolic? It works on many levels. 🙂