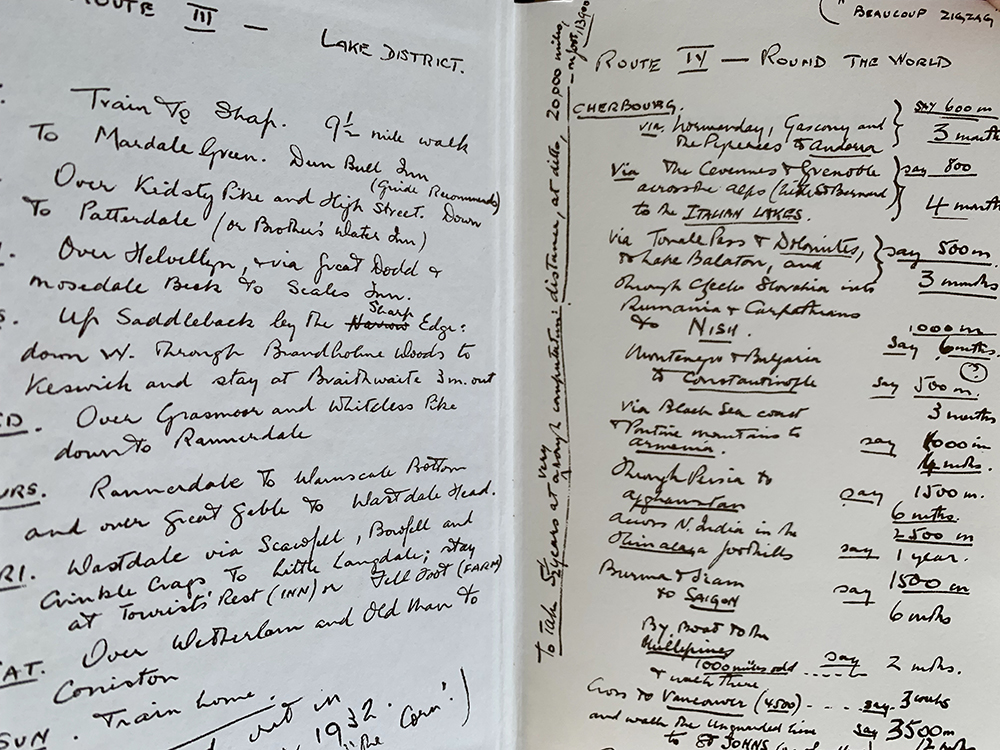 Let me just set the scene so you can feel where I’m coming from:  Beautiful, well spaced detached houses line the sought after street all overlooking the green and pleasant farmland of England. The fields roll on forever; so far into the distance that some say you can see the Russian steps. Sheep frolic in the pastures like clouds and russet brown dairy cows move from field to field, their haunting moo cow noises lingering in the fresh air. Hares can be seen jumping through the crops at dusk and sunrise, skirting their way diagonally through the corn. It’s idyllic and you can see all this taking place from the windows where I live.

What you don’t expect to witness are two police search vans, four cars, ten armed police, a handful of plain clothed CID, people with ‘equipment’ and other undercover cops in hoodies landing at your next door but one neighbours.

No. Not where I live.

Astonishment took over me as I watched the scenario unfold.  People in rubber gloves were dusting everything and going backwards and forwards from house to van. A car truck rolled up and took away several vehicles – A BMW M5, Merc and a Range Rover. All day long they were there and I didn’t have a bloody clue what was going on. I fully expected the cops to come and have a chat with me to see if I knew anything because I’ve seen them do that on crime dramas, but no. I had to watch it all going on without being in the know. For a person like me that is absolute HELL.

If only I’d been more sociable with the neighbours along the street I might’ve had a clue but I don’t like the idea of people close by getting close by, if you get my drift. Self preservation.

Turns out that the millionaire a few doors down rented this said house out to a couple who were proper nice. Always mowed the lawns, paid the extortionate rent on time, bought gifts for the neighbours from their holidays -yours truly excluded. Right as rain they were. Right up until they got arrested for firearms and drugs.

WELL OF COURSE THEY WERE NICE, DUH.

If I’d have been friendlier I could have had myself a free Glock and some internal psychedelic tripping. If only I’d known….

A Walk On The Wild Side

Needless to say, I felt a little on edge now that I was living in the ghetto. The Wolfit is not fully grown and is far too ‘puppy cute’ to instil fear and the lizard is a complete hermit.  However, you do what you can with the infant army you have, so when my best friend called me to the country pub up the road after her holiday I strapped up the wolfdog and stepped out onto the street with trepidation.

I had given the pupster a rather large raw bone that was kindly donated by the butcher at the farm shop who can see the potential of being friends with a wolfdog owner. This, I thought, would help Tex T.Bone get in touch with his wild side and be an able protector. The ten minute trek to the pub from my abode in the ghetto becomes very countryfied with the pavement tapering into skinny single file.  In front of me, about halfway to destination, I saw a heavily tattooed man, clearly one pint too many worse for wear, sporting a skinhead and arguing with another fella. At the side stood his very bottle blonde girlfriend wearing a skirt that made a waist belt look maxi-long. Tied tightly to a lead (held only by the man’s Doc Martin) strained their Pit Bull Terrier as it spotted Tex the lone wolf Timber dog approaching.

You know how it goes. *Internal sigh* How am I going to deal with this?

Look, you can do this. You’ve been in Texan Redneck clubs and come out alive.  You’ve been the only chick at a deer hunting camp with homemade moonshine and firearm games and survived.

Just go past them- somehow – without getting killed by side-stepping into the main road with 60 MPH travelling cars.

*You have to have lived in England to fully understand how mental people can be here. Not everyone is stiff upper-lipped in lace collars polite. The divide is very extreme.*

Maybe they’re customers of the dodgy neighbours? Brilliant. A nut job on withdrawal. Hopefully out of ammo.

The Tex-Mex came to a halt, head down, hackles up and began to make the most extraordinary low whinny.

You’re really not helping, I said.

They didn’t move out of my way. Here we go.

The chap turned around, glared at me and the dog, fell to the floor with open arms and said, “ Awww, look at ‘im, he’s mint! Come ‘ere big dog!” Both he and his pitbull fawned lovingly over the wolfit making him feel relaxed and happy whilst the acid in my stomach continued to eat me from the inside out.

Just goes to show you shouldn’t judge a book by its cover.

I arrived at the lovely country pub and met up with my best friend who had just come back from holidaying in the coastal town of Whitby.

“I’ve bought you a present,” she declared.

“Better! I saw this in a little shop and thought of you. It was a quirky little shop with really interesting things and this was sitting in the window and I had to get it for you.”  She handed over the gift that was wrapped in a thick brown paper bag with a kitschy shop name emblazoned on it and it smelt of rustic quality.  The kind of bag you don’t want to open because it’s already perfect.

And inside was the most delightful and aptly named book. 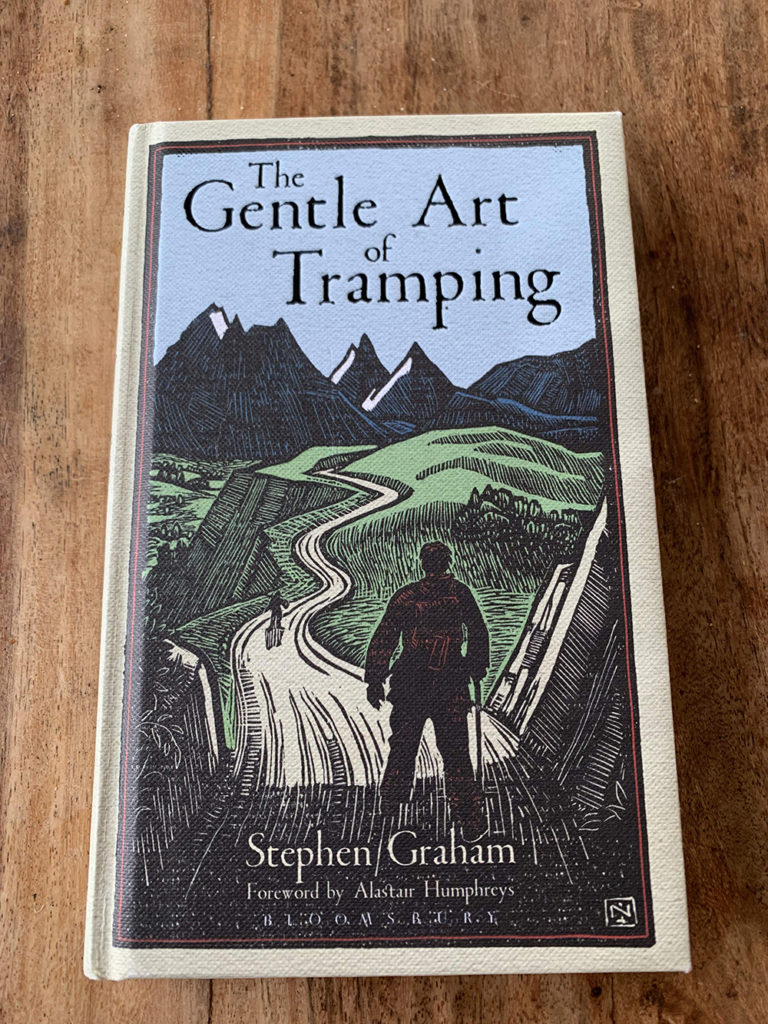 Tramping!  A trend I have brought back to life, it would seem! Except mine includes a truck. This darling little read from the 1920’s is about losing yourself to the wildnerness and how to do it properly.

Escape from the ghetto?  Yes, please.

Even though its title was the reason for its purchase the contents of this book were made for me. As soon as I read the back cover, I knew. 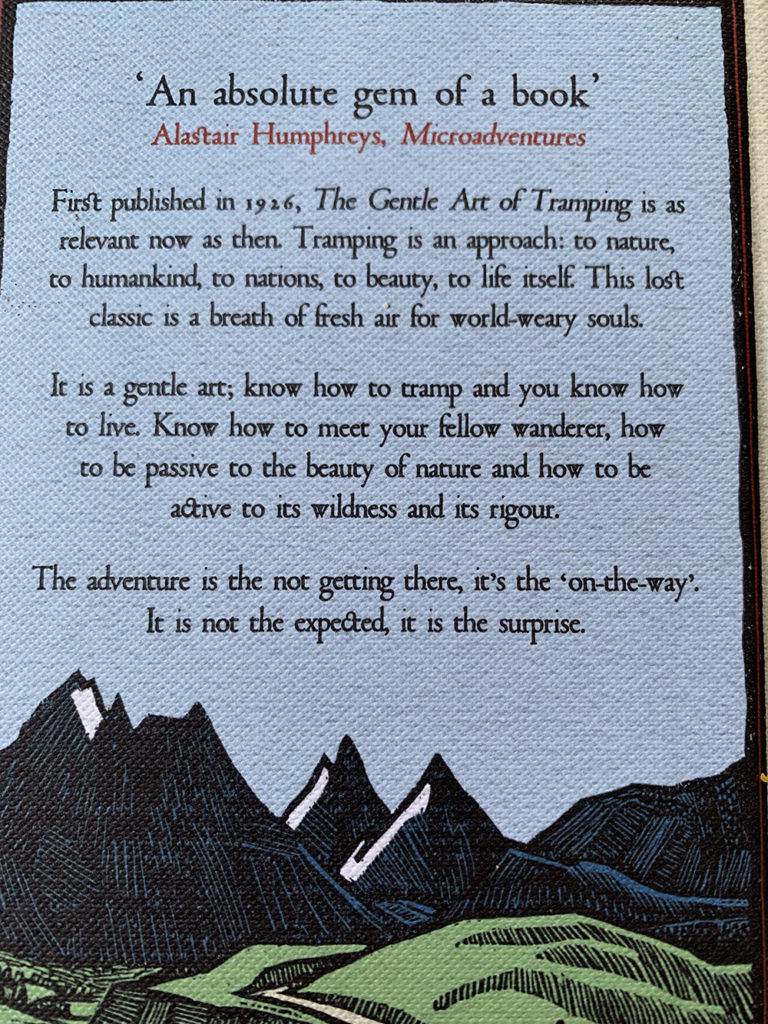 Not past the ‘foreword’ and I became hooked.

And if ever a book could spread my soul onto paper, this called trumps. Or should I say, ‘Tramps’

Finally. Something in my language!

You could have introduced yourself to the police officers, flirting, carelessly giving one of them your name on a card that included your phone number and could have shared your insights. They may have given something up. They’re only human. Did you invite the constabulary over to look at your etchings and art philosophy? Your spy talents are vanishing from under use.

The problem with pit bulls (and I like pit bulls) is that they can take just about anything including mountain lions and wolves. They put that sort of a challenge into the pit with them. Best that Tex L. not try out his wolf skills on them. Stick to the bone.

As to trekking, (unless it’s a Star Trek) I live in a place that people trek to. They don’t trek here in the winter, but there are a number of them that ‘find themselves’ here in summer months – which annoys the hermits.

I did consider that, Larry. However, I didn’t want to come across as a nosy neighbour which is exactly what I was being!
My spy talents are not vanishing! This is why I keep people away from my home! I was upstairs with the blinds at an advantageous slant whilst I watched through powerful binoculars. I saw things many have not!

Yes, the wolf isn’t ready yet and is still in training. But you’re right, pit bulls are a force to be reckoned with.

Not trekkink! Tramping! I don’t do that kind of malarkey – I tramp – gently over field with my big truck until I find suitable pitch! I might meander awhile but in my own time. It’s very Colorado.

Tut tut child you should have taken them gallons of tea and a plate of biscuits, got yourself an “exclusive “ and sold it to the local tv news station
Love the tramping book are you sure it wasn’t written by a distant ancestor, it’s so you

Yeah, but it all looked very fraught and seriously important and I probably would’ve got arrested. I did send photos to the news desk to see if they wanted to “get in there”

I think it must be!

Interesting, but maybe you need to be more proactive? Next time the cops show up to take down a local drug dealer, climb into the rig and drive up and down the street playing “In The Ghetto” at VOLUME. Speaking of which, Elvis’ classic tune doesn’t mention dogs, which is an error. I know this.
What a great book!

Haha! I should have done that, LSP!
Lack of insight from The King on that one.
It’s a fabulous book – such elegant prose.

same. I asked the brown cow how she was doing and she said, “moobid.”

enter the pub with Tex wearing a chain with I’LL STEAK YOU on the nameplate as NWA plays in the background. leave to “Roam” by Metallica…

I got a smart boot once. and I don’t even have a car.

I asked the brown cow too, my sweet, and she said, “It’s a moot point”

When Tex is bigger, I have plans. A long red coat, red nose, and menace. The new riding hood and big bad wolf era.

You should read that book because it’s a breath of fresh air without going into the fresh air. It’s the new Tramping alternative.

And that’s why the lady is a…

Wonderful whimsy for a Wednesday.
It’s good to see that social mobility appears to be working well in Middle England.

No snarky comments from me today Julesy.
I do so enjoy your tales.
I’ll try to be more sarcastic next time.

Do you have a temperature? Are you sick? What have you done with my PPS?

I am back blogging. So many people have drifted off. You don’t see such actions where you live? I see it and I live in the suburbs.

Welcome back to the dark side, Bathwater! I’m still going strong if not sometimes a little lackadaisical.