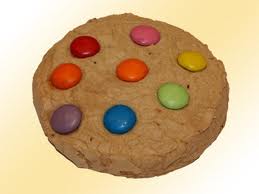 Warning:  This post will probably not make any sense to you at all.  If it does, you have bigger issues than I do because even I cannot make sense of the story I am about to tell.

I have two particular friends, well, I actually call them witches and refer to them as ‘Anniesu of Runswick’ and ‘Pennylicious of Edison’.
They are full of hexing spells and voodoo and practice all manner of weird and wonderful treatments in order to help you become a more rounded and balanced individual.  I am of particular interest to them since they think my mind is mad, complicated and far too busy over analysing everthing. Oh yes, the windmills of my mind are a very scary place to be and I too get lost for days in there.  Hence the voodoo began.

They started with ‘Reiki’ a spiritual healing treatment.  I managed to make them feel sick and dizzy since my energy is that of a toxic super being.  We moved on to ‘psychobabble’ where I was introduced to a whole new way of thinking.  Most confusing. Far too many shades of grey for my liking.  So, yesterday we climbed to a whole new level.  EFT.  This stands for ‘Emotional Freedom Technique’ I chose not to google it for I would find a way to convince myself it wouldn’t work so I decided (as demanded by the witches) to just go with the flow.  Feel not think. Ok.  And this is how I lost my cookie:

EFT is a series of tapping techniques.  There I sat with a witch either side tapping on my hands, face, chest and making me say certain positive reinforcements.  At first I could not stop laughing as the situation was ludicrous and truth be told, I was a little on edge.  However, the witches showed no mercy.  I began to feel sick and incredibly stressed.  On they tapped relentlessly.

“Juliette, who is annoying you, how do you feel, what colour is the feeling, what shape is it, does it have a number out of 10?”  they asked, like these were totally normal questions.. tap, tap tap.

We managed to get to a point where I was able to decipher a list of people I was angry with and a multitude of negative emotions I was feeling.  In particular,  a person whom I barely know who is referred to here as ‘Pattern man’ since he apparently fits a pattern I fall into that pushes my buttons (EH?  more psychobabble) and also the woman from Subway.

“What colour is pattern man, what shape is he what’s his number?” tap…tap…tap

“Say you release him and say you forgive him” tap..tap…tap

“NO…I DONT” I yelled.  “NOR subway woman.  She made me wait 20 minutes for my toasted sandwich!  What was the damn point in toasting it? Now it’s cold!  How rude!  I made her wait 20 minutes before I paid her! HA!”

“Juliette let it go… release it” tap…tap…tap went the witches.

Eventually (and trust me this took some time) I released the angst with a series of deep breaths and coughing like a cat throwing up fur balls.  Odd.

Next I had to scan my body for any further unhealthy emotions I was holding on to.

“Where is the feeling Juliette?” tap…tap…tap..

“Here, ouch” I said placing a hand on my solar plexus and feeling a lot like ET.

“It’s round, it’s a cookie with smarties on, and it feels like woefulness and it doesn’t have a number” At this point I seriously started to question my sanity. I am more strange than I realised.

Worse was that I didn’t want to get rid of my cookie and found it very difficult to extinguish. My cookie of woefulness felt like such a big part of who I am.  This could change me forever!  Pennylicious witch almost vomited as the cookie eventually disappeared into the place where sad cookies go.

Annisu of Runswick then went in with her virtual hoover and sucked up all the crumbs for she knows only too well I shall just reform my cookie.  Tap….tap…tap…

Next I had to fill my cookie shaped hole with nice things (actually cookies are nice right?  Why can’t I just have another cookie?) and we chose pink fluffy clouds full of love and peace.  ahhhh….tap…tap…tap..

“Now walk down a road Juliette, what’s it like?” tap..tap…tap…

“Hmm, warmth and sunshine.  Yeah..It’s like the yellow brick road! But, Oh my God, the Wizard of Oz is at the end.  I hate the Wizard. The lying all powerful Wizard!”

“Pull down the Wizards curtain Juliette, what is there” tap…tap…tap..

“Who is it Juliette?” tap…tap…tap…

I finished this enchantment feeling so calm and serene I almost fell asleep.  Rid of all toxins, impurities, the Wizard and the cookie of woefulness.  Despite this being the most bizarre ‘therapy’ the spell appears to have done it’s trick. The witches, should you need them will definitely be able to get you on the right track to balance, self acceptance and enlightenment.  However, I am not used to feeling this calm, I am much more used to flitting from tidal wave to black sea and I almost feel a sense of loss….hmm..now let me go and find that cookie…

I went to Cognative Behavioural Therapy and later in the sessions I was taught to make a character called “my compassionate self” Something nice to think of when i’m useless with stress and thinking “i don’t want to…” “i cant…” “i should…” and when inventing it She’d say “is it male/female?” “colour?” “shape?” and it could be a person, an animal etc. Mine was a coral colour cloud! high-five for pink clouds!

My cloud in coral is neglected >.<

You tell a wicked story, Juliette! So glad I wasn’t pattern man, until the end that is!

So so funny Jules, and every word of it true…. Anniesu of Runswick

May I simply mail my cookie to you, and receive my taps when I visit Jules?

Clark, you may of course mail your cookie, i should point out however that my speciality is the virtual hoovering of crumbs and psychobabble, you will require the attentions of Pennylicious of Edison for the tap tap tap!

Fascinating. I must try this myself. It reminds me of speaking in tongues.