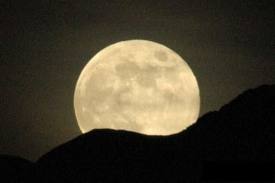 His name is Frank Q.  I know.
He is in his 40’s and married with 2 children.  He is the Human resource management director for China mobile, the largest telecommunications company in the world.  What I dont know about China mobile isn’t worth knowing for Frank will talk about it incessantly.  He is very one dimensional and it’s business, business, business all the time. However, this is what makes Frank a very successful man.

The first time Frank came to stay here was because I did a one off favour for a lecturer at the  University.  However, Frank likes it ‘chez moi’ and has been coming for 3 years.  He is studying English at the University for business purposes and to push his company forward in the growing Chinese economy.  Frank has made me laugh like nothing else with his funny little ways and has also driven me to the depths of despair.  Trying to have a conversation for 3 hours a night whilst constantly checking his mobile dictionary for the words I’m using can make conversations somewhat lengthy and frustrating.  Frank is incredibly amusing  and has attracted a small cult following from his visits.  My friends think he’s hilarious.  I’m sure I could make him as popular as Karl Pilkington if I tried.  Anyway, let’s get back to the topic.

Frank has told me that today is mooncake day.  I know nothing about this Chinese festival and have yet to look it up.  I would much rather tell you Franks version. Allow me to set the scene.

This morning, whilst making his porridge with dried milk and filling his green beaker with daisies and hot water, dressed in his tartan pyjamas and orange body warmer, Frank was delighted at my appearance in the kitchen to make my own breakfast.

“Mooncake day?  Do tell…”  I smiled despite only having had 4 hours sleep and wanting to be quiet.

“Very famous Chinese festival…I buy mooncake and we eat outside under moon and speak the dead people”  enthused Frank.

“What?  Dead people?  Are you on something?  Frank, mooncake sounds like something I might get from Amsterdam…”

“UGH?  What Amsterdam?” queried Frank with a puzzled look and pulling out his mobile dictionary.

“Never mind.  Just tell me about mooncake day or you’ll be late for your bus”

And so he did.  Mooncake day is a mid Autumn festival celebrated in China where all family members get together and eat food.  You then go outside with your mooncake and place it on the table and wait for the the glowing light of the moon to fall upon the cake at around midnight.  Looks like I’m going to have another late night.  Then and only then, can you cut pieces of the cake ready for everyone to eat.  BUT…before you eat it you have to find a stick ( apparently because when you look into the moon you can see a girl with a stick looking back at you. Hmm, that sounds rather alarming.) and place the stick over your shoulder, rather like one would with a knapsack.  Off you go with your stick around the garden calling…wait for it… your dead relatives.  Yep.  You then invite them (what?  like they are going to appear…really not comfortable with this) back to the table to eat the cake with you which I am now convinced is probably space cake.  When I asked Frank what was in this cake I wish I hadn’t bothered.  The cake is filled with nuts, peanut butter, meat and some sweets.  Pretty much anything goes by the sounds of it and I can already feel the onset of nausea.

Oh well, it’s all part of life’s rich experience and it is important to Frank so I am going to embrace it but goodness knows what my neighbours are going to think when I am prowling around my garden at midnight, with a big stick shouting out for dead people.

I can’t say I relish a bite… :)) I’ve got many students from China and they have an unhealthy relationship with their mobile dictionary, I tell ya. They’re very hard-working, though.