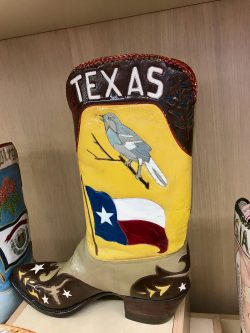 “Well,  high rises and flashy strip malls can be seen anywhere in America,” I replied wisely.  “What I’m looking for is real life out in the rugged Texas countryside:  little towns, sprawling ranches, and country townsfolk.  Things I haven’t seen and places I ain’t been, sister! Take me on the unknown highway.  Let’s roll out somewhere in the mysterious yonder on the road west to Fuch knows where …

Well, how about that for a sign I was on the right path, eh? 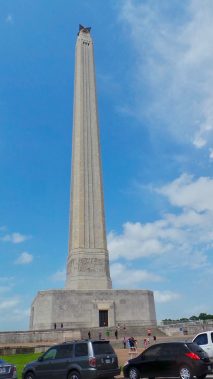 First stop – The San Jacinto Monument.  What better place to start Memorial weekend than to visit this shining symbol of Texas Independence.  I was rather chuffed about seeing the battleground where Sam Houston defeated the Mexicans to reclaim Texas because just before I left England I had watched a five-part documentary on the battle of the Alamo. 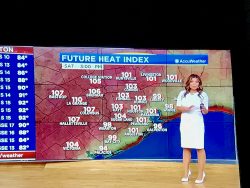 And that’s how hot it was.  Insanity.

Old Town Spring started growing in the early 19th century when the Spanish and French came to trade with the Indians. Back then, the town’s name, “Old Town Spring,” is said to have originated after one of the worst winters in Texas history when a group of tired railroad workers were so happy at the approach of spring that they named their new camp “Camp Spring. The small town grew consistently until the early 20th century. At one time the town had as many as 5 saloons and a gambling hall. The town thrived on the booming railroad business in South Texas. 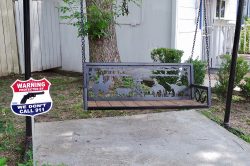 I love these little Texan towns. 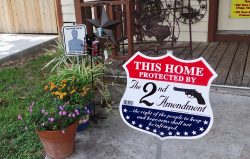 Sadly, a lot of these little shops are having to close down.  It would be such a shame to lose these kind of places to the glamour of the modern world which is all so draining and commonplace.  I hope that America can hang on to them and protect their history.

Next stop, Kemah boardwalk by the water and a battle of a different sort between me and the seagulls.  A second plate of coconut shrimp had to be ordered when one of these greedy birdies dived right into my food with shameless abandon.

You can’t blame ’em. That stuff is delicious. 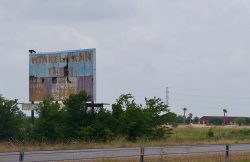 Wilkenman, Texas.  A small ghost town just outside of Brenham.  Apparently,  a  Mr. Winkelman moved the buildings onto the property from different areas around Texas. He wanted to make it a town for bed and breakfast and little cafes. The area never took off due to family issues and is inhabited by squatters now. 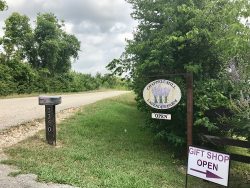 I have a thing about lavender so asked to visit a lavender farm.  Off we went to Chappel Hill, Washington County. I sat on a rocking chair on the front porch overlooking a glorious ranch, listening to the sound of cicadas in the trees and sipped on homemade lavender lemonade.  Glorious. 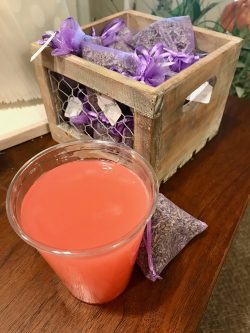 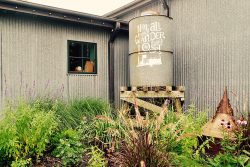 Off to Round Top, named so because the postmaster lived in a house with a round tower.  This is a gorgeous little town with an enormous population of 90.  I wanted to live here for the rest of my life.

I want one in my garden.

I wish I had enough money to buy and restore a little, western ghost town.  Send me your money now for this worthy cause and I’ll invite you for free drinks at my saloon.

Catch y’all next week.  And be good, ya hear? 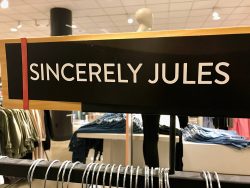 Why, Jules, I reckon you’d be saloon owner, sheriff and brothel madam rolled into one! You’d have to be to avoid getting bored in a town of 90. Better learn to sleep with a six-shooter under your pillow. How ya getting on with pillows these days?

I think you’re right, Mr. Gorilla Banans. I could basically run the whole town: get ’em tipsy, get the girls to take their money and then lock ’em up and post bail. I’d be loaded and happy.

I still HATE my pillows despite them being the most luxurious in the world. Total rubbish. I need to employ a slave to hold my head.

The neverending holiday. What we all aspire to, you have somehow achieved. How?

I still actually work as well….just not so often 🙂

You need to buy a little shop somewhere (whether Round Top, TX or Silverton, CO) and be an art philosopher. It’s your first, best calling. Naturally you’d arm yourself appropriately and go to the range and practice fanatically. You could always return to “Old Blighty” to visit Mum and the kids. You also need to buy a ranch with a respectably sized fish pond. Art philosophy (in TX or CO) requires a dog, a lever action rifle, horses and livestock. Turn pigs into grain fields and the bacon is very sweet indeed.

The armed Art Philosopher could be the name of my shop. I could sell wisdom along with pictures and stories. I’d love it. Maybe you need one of these at the mine, LL.

You could write a book about the Legend of the White Wolf Mine, and sell it at ye olde Armed Art Philosopher shoppe.

* Scuttle! that seagull uses a dinglehopper to eat all his meals.

* i’m a squatter in my own home

* i get all my rompers at Sincerely Jules

It’s very phallic. And of course very big. Biggest ever as is the case in Texas.

That seagull was very naughty. I admired that.

Blogs; books; art; your own clothing line. What next?
Looks fun out there.
Remember to bring me back a stick of Texan rock.

Maybe a song in the charts?

Of course I’ll bring you some rock, Masher, though it will probably be shaped like a gun! 🙂

I love those small, sometimes almost vanishing towns. I also like LL’s suggestion, partly because it requires a lever action and a bit of pig hunting. Bacon is key.

Bacon is always key. Though I prefer to shoot unicorns. 🙂