N is for Ninfa’s On Navigation. 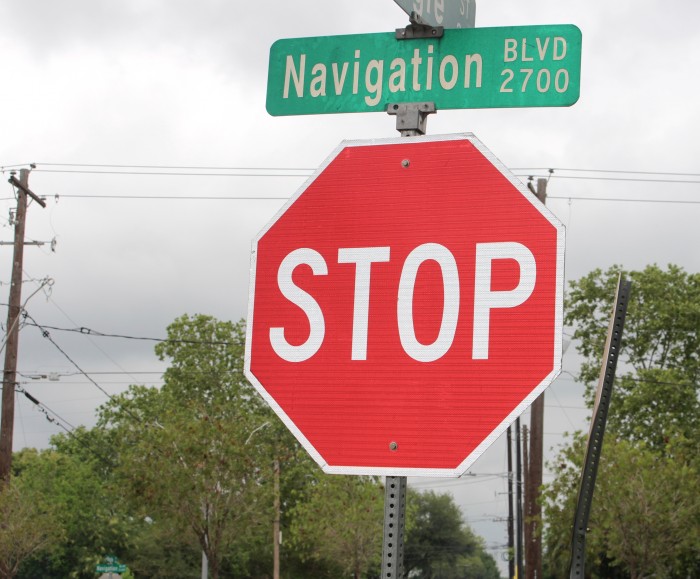 Houston, which is so big it blows my tiny English mind, has more than 10,000 restaurants. More than.

I thought about that and how if I ate out every single day from now at each one, it would take me more than 27 years to complete that challenge. Don’t anyone dare throw that gauntlet down to me because even I know my limits. A week is a long time to me. 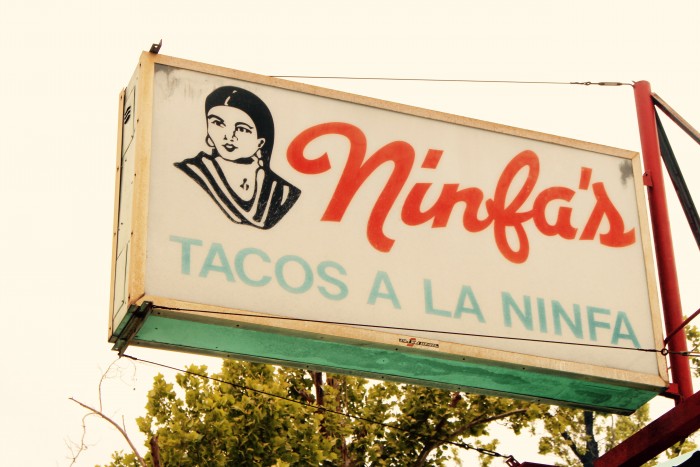 So, today I got taken to THE original, Mexican restaurant, Ninfa’s on Navigation. 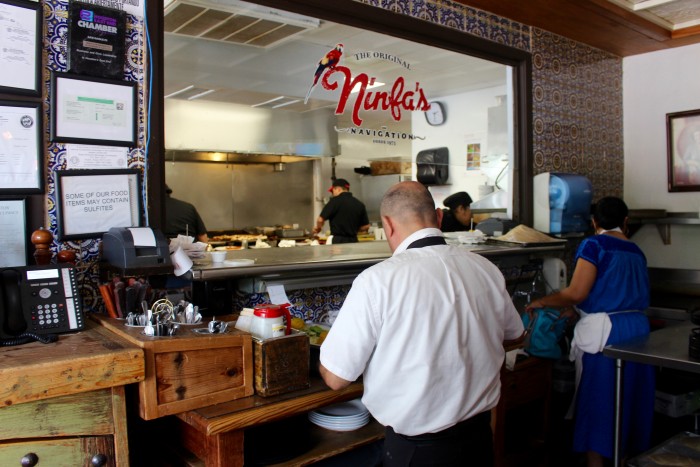 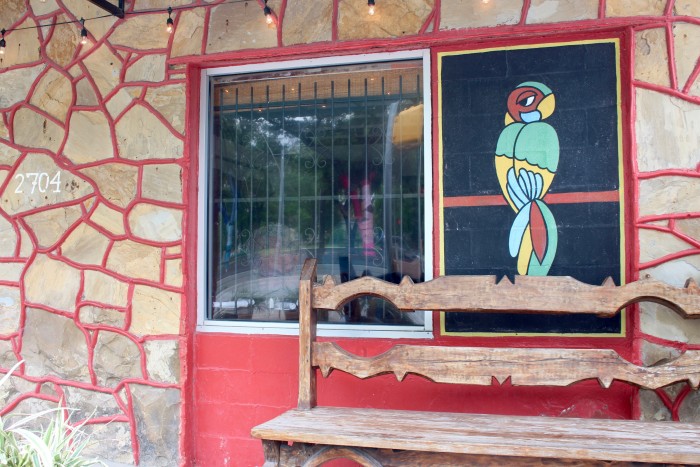 Lets pay respect to this woman, Ninfa Laurenzo, who brought you Mexican food, back in 1973, Texas. What a top bird. Widowed with five kids and God knows how much stress. Did she sit and bleat and moan? No. She kicked up a quesadilla.

Mama Ninfa had a tortilla factory that was in a bit of financial crisis. What did she do? She went and opened a taco stand as a side business. Wanting to establish a restaurant she trotted off to the banks for a bit of a loan. “Err no way, Mrs, “ they said. Because banks know everything. Being wily, she had a word with a someone in Mexico City who backhanded her a few thousand dollars. Proper mate.

She split the factory and made a makeshift restaurant using this and that to get by on a ten table place. It didn’t take long for people to start chatting about this bit of a gem and it became a popular haunt amongst the Texan folk. The place tripled and still stands. It’s as busy as hell which I assume is very busy what with all the devilment around. 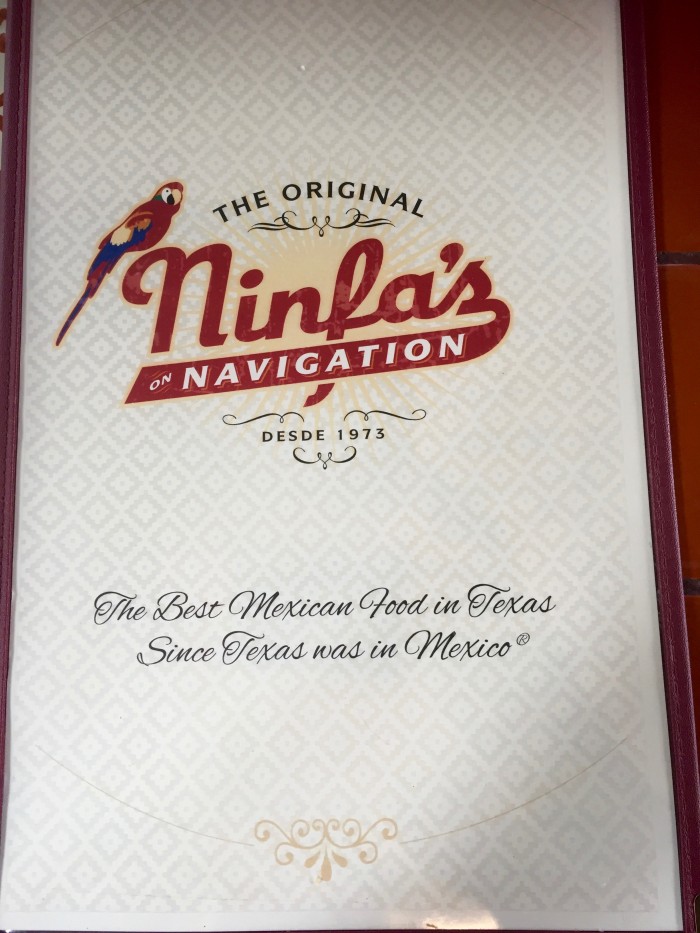 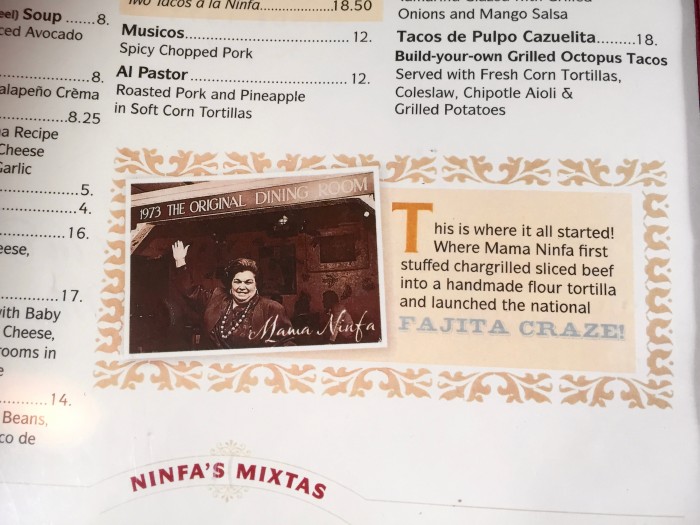 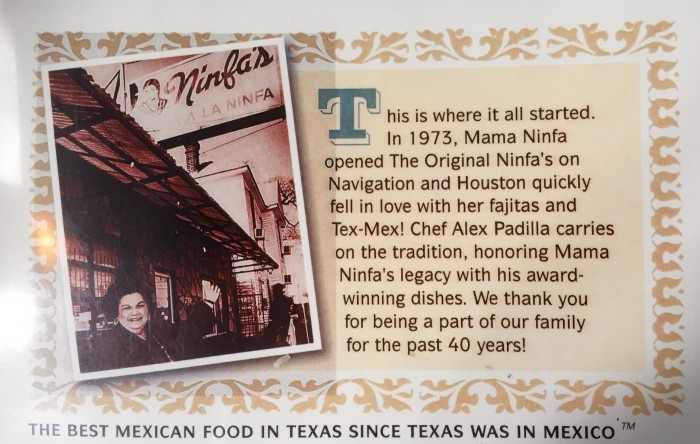 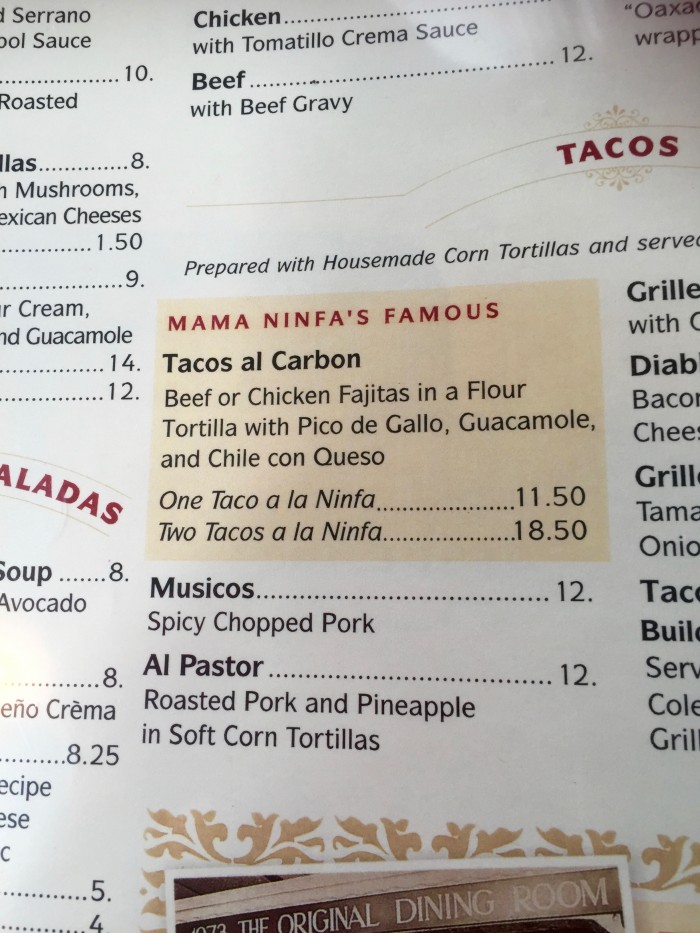 In support of Ninfa I went for the Beef Tacos al Carbon with a jug of Sangria to help wash it down. 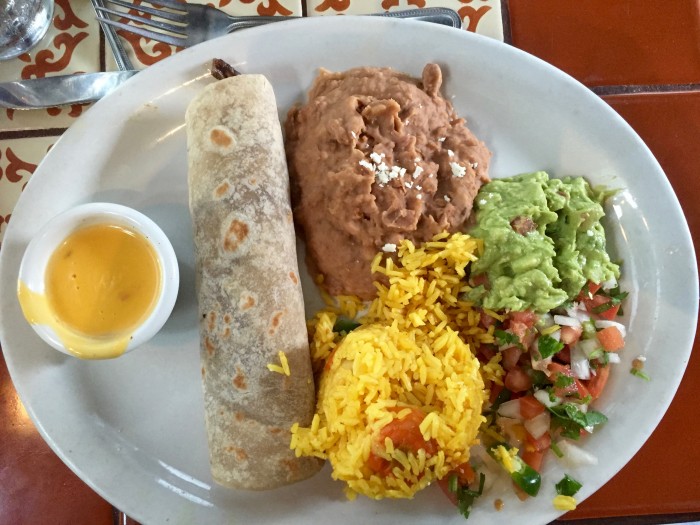 Oh God! I LOVE Mexican food. Quite jealous at the moment.

I don’t understand the ‘…on navigation’ bit though.

Masher, Mexican is everywhere, at least 5,000 of the eateries simply must be.
Ah, The ‘On Navigation’ bit is the name of the road it’s on. That’s how they talk round here – you say the place and then the street and whether it’s, north, south, east or west. I know. I don’t get it either. As I said to my friend, “Back home, we’d just say ‘shall we try that Mexican joint in town up the road from Primark and the Grey Goose pub?’ And the direction is irrelevant since all our roads were made by horse trails from way back yonder and will go north, east, a bit west, south and back east again before you get where you’re going to.” You gotta think in squares, Masher. Problem is theres too many of them over here and I’ve never been one for thinking in boxes.

Ahh, Houston is a bit like Milton Keynes then?

LOL! Spot on, mate! Except it has real cows not plastic ones. And times it by a hundred miles across and add monster trucks!

“…since Texas was was in Mexico.”
As good a catchphrase as you’ll ever hear.
Aye Carumba!

Yeah, you gotta love that comment, Anthony. Sam Houston would pitch a fit but it’s OK, Donald is here.

Aye carumba is what I say to every meal I get here. Maybe I’m a little more colourfully expressive, but it’s along the same lines!

I trust you filled your cowboy boots as mark of respect to the fine lady?!

Yee- Haaw my friend! Fill ’em? I need more bloody boots, mate. Thankfully, having practised the art of neutralisation with your good self, I find I’m managing to liquify the contents with hard tequila before the food has chance to lodge. FYB from Pest would love it here!

Size 18 beckons. Yum yum looks tasty Have you thought of approaching the local newspaper to write an article of a British girls view on Houston complete with restaurant reviews (free meals) and a C n W recording ?

Pfft! Paltry. I’m going for super size XXXXXXXXXL. My plan is to be too fat to be able to get out of the door so that I have to stay in America and not have to return to the acerbic patter of my clan.

Work? That would burn calories, can’t have that. When I was in the Chicago Tribune they didn’t understand me – I’m a bit further south now so that amplifies.

I am not in the business of predicting, but it’s possible that you will start speaking Texan with the ingestion of all of this local grub. You’ll start speaking of chuck wagons and heart attack potatoes and steaks (real ones that lap over the sides of a large platter) with a local accent. Tomato will be come “tomater”/potato will become ‘tater. And you will begin to confuse a roll and a biscuit.

Ma plate don’t fit ma steak, cowboy, an I’ve gotten me sides a plenty from ranch taters, heart attack taters, pinto beans and tomater salsa. After that, I’m gonna have me a biscuit an’ gravy. Y’all know everything’s bigger and better in TX! 🙂

All of this exposure will no doubt be reflected in your next Western novel.

Ooh the undercurrent of a much needed shove. Thank you, Larry 😉

OMG that looks so good. i love Ninfa, a strong woman like my mom. i remember back in the day the fam and i would brunch each week at El Torito after church. i miss lazy Sundays…

i’m down for some hot tamales…and some hot tamales cinnamon candy for dessert. and of course a nice large margarita served in a cool glass. i always forget to wait for the actual margarita to be poured, i’m already licking the salt off the rim, force of habit *)

I love the salty sugary bit too! With me, the margarita washes down way too well before it finishes, though. I love Sundays in Merrrrrica – eat out and doss with friends and famalam and no washing pots. Win. I belong. *)

Oh my Jules! We’re rubbing off on you. By the time you leave you may just be more of an American than I am haha.

Mexican and sangria or margaritas is not quite as dangerous as red curry and beer-trust me, I speak from experience. That combo goes on the never again list. I resembled Onslow a good bit that night, cept I didn’t have to bang my TV to get the sound to work after I got home and loosened my pants. 😀

Leave? I ‘aint leaving. If I do it will be just for a few weeks at a time for “allowed US time allowance” then I’m coming back. Investing in part townhouse for a base to travel. Just need a horse and a pick up.

Sorry I missed your call – will ring you later when I’ve woken up and more chirpy. I’m presently struggling to see. x

Yay! America needs more Jules. Horse and pick up- wow you’re getting serious about the country thing eh? Just leave the whip at home when you come to visit please.

No worries about the call. Just saw your flood post and worried a bit. I know how bad the floods there can get. So glad that all of you are safe and sound. Hope you’re getting some rest. Don’t ask me why I’m up at three in the morning. Bet I turn my phone off tonight and try sleeping in. Gonna get off your blog now and read. Found a book today called “stop dressing your six year old like a skank and other words of delicate southern wisdom”. It was begging to be bought and read.

That definitely sounds like a book begging to be read, indeed! What do you mean don’t bring the whip? Imagine the fun we could have as vigilante cowgirls! 🙂 Hope you’re sleeping ok. I’m off out on my raft and will get to you soon my sweet friend x