Puff, the bull and the ugly. 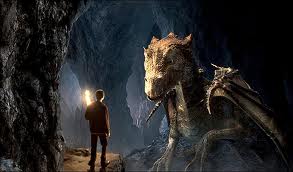 I am really looking forward to the return of Merlin series 4  tonight on TV .  I thoroughly enjoy this programme and love to be transported into a world of magical fantasy; the Knights of Camelot, the tussle of good against evil, magical spells and dragons. The show has a real ‘feel good’ factor about it but when it ends I always feel my happiness is tinged with quite a powerful sadness.  Why is this I wonder?
Having thought about it, I think it’s my Mothers fault.
As a child she used to sing the following songs to me before going to sleep:
Puff the magic dragon – Peter, Paul and Mary.
These people (along with my Mother) are responsible for me being traumatised at an early age leading to an unhealthy attachment to all cartoon / puppets and made up characters rather than real people.
“A dragon lives forever but not so little boys
Painted wings and giant rings make way for other toys.
One grey night it happened, Jackie Paper came no more
And Puff that mighty dragon, he ceased his fearless roar.
His head was bent in sorrow, green scales fell like rain,
Puff no longer went to play along the cherry lane.
Without his life-long friend, Puff could not be brave,
So Puff that mighty dragon sadly slipped into his cave.”
These two versus made me HATE Jackie Paper.   In fact had he been made of paper I would have sought him out and ripped him to shreds or burnt him.  How very dare he leave that poor dragon friendless and descaled.  What other toy could possibly entice you away from a dragon?  Ever?
It has been said that the song makes reference to drugs; only because (I think) that Peter, Paul, Mary and my Mother are quite likely to have been on them if they thought this sort of lyrical ditty was going to send children off to sleep.
The ugly duckling – Danny Kaye.
That poor little ugly duckling
Went wandering far and near
But at every place they said to his face
Now get out, get out, get out of here
And he went with a quack and a waddle and a quack
And a very unhappy tear.
All through the wintertime he hid himself away
Ashamed to show his face, afraid of what others might say
All through the winter in his lonely clump of wheat….
Oh my goodness.  All through the wintertime he hid himself away.  He could have died!  He would have been freezing and lonely and as miserable as sin. Despite becoming a beautiful swan he would always remember the taunting and spitefulness of the other farmyard animals and never really feel at ease with his beauty.
Little white bull – Tommy Steele.
Once upon a time there was a little white bull
Very sad, because he was a little white bull
All the black bulls called him a coward
Just ’cause he was white
Only black bulls go to the bullring
Only black bulls fight.
When he asked his Mama if a little white bull
Ever had a chance of turning black
His Mama said, you silly little bull
You’re a pretty little bull
You’re my little bull
So please don’t ask me why, little bull
You just ain’t black!
Irrelevant what his Mother thinks as Mothers are biased and will always say this to their children.   This little white bull, despite having fought to make it into the bullring will always feel like an outcast.
I’m not even going to go there with Rolf Harris and “Two little boys”.  He should be publicly shamed for releasing this song and until I receive a personal apology from him I do not care to give him the time of day.
I used to lay awake at night (after my Mother had left thinking she had put her little sweetheart merrily off to dreamland) in a state of panic.
Would Puff ever find another friend again or remain roar-less and heartbroken for ever?
Would the ugly duckling ever get over the torment?
Would the little white bull ever feel a sense of belonging?
This, I have decided, is where my deep rooted, subconscious fear of going to sleep was born.

Hmm, I suspect the real reason you don’t like sleeping is that you’re too full of beans. To cheer you up, here’s a Tom and Jerry cartoon called The Ugly Duckling. Note the seductive giggle of the female duckling at the end.

Yes Mr Gorilla Bananas, maybe I should stop eating them.
Thank you for the Tom & Jerry cartoon, most fitting and made me laugh. I’m currently practising my seductive giggle but unable to match the ducklings sensualness.

And what about this prayer?

That one kept my eyes open for as long as they could!

Beth, thank God I never heard that one!

The Ugly Duckling was part of my childhood. I even had the Danny Kaye recording of it. I always felt so sad for the little duck. Also, The Little Mermaid died in the stories I read. Kids do get upset with some of these fairy tales.

The little Mermaid died?! I feel a niche for positive tales and songs of glee!

I always went to sleep to the story of “Where the Wild Things Are.” Usually, I thought about it when I was sent to bed without dinner. Why would parents do that??? While I suppose it could give nightmares to some, it was magic and heroes for me 🙂

Glad to make your acquaintance!

Parents can be very cruel which is why you thought of monsters when they did that! However, I’m pleased you saw the heroic side of the story. Very positive.
Glad to make yours also.

Now I want to both listen to Puff and check out Merlin!

I miss British TV. Our local channels are driving me insane with their constant changes and B-grade movies. I kinda hate Jean Claude van Damm as a result.

Megan, Merlin is great but I urge you not to listen to Puff for it will cause you woe.

Azra. Ah yes, Jean Claude the ultimate Belgian fighting machine. Yes, I can imagine re runs of his movies could get rather tiresome. Insist people buy DVD’s of BBC dramas for you.