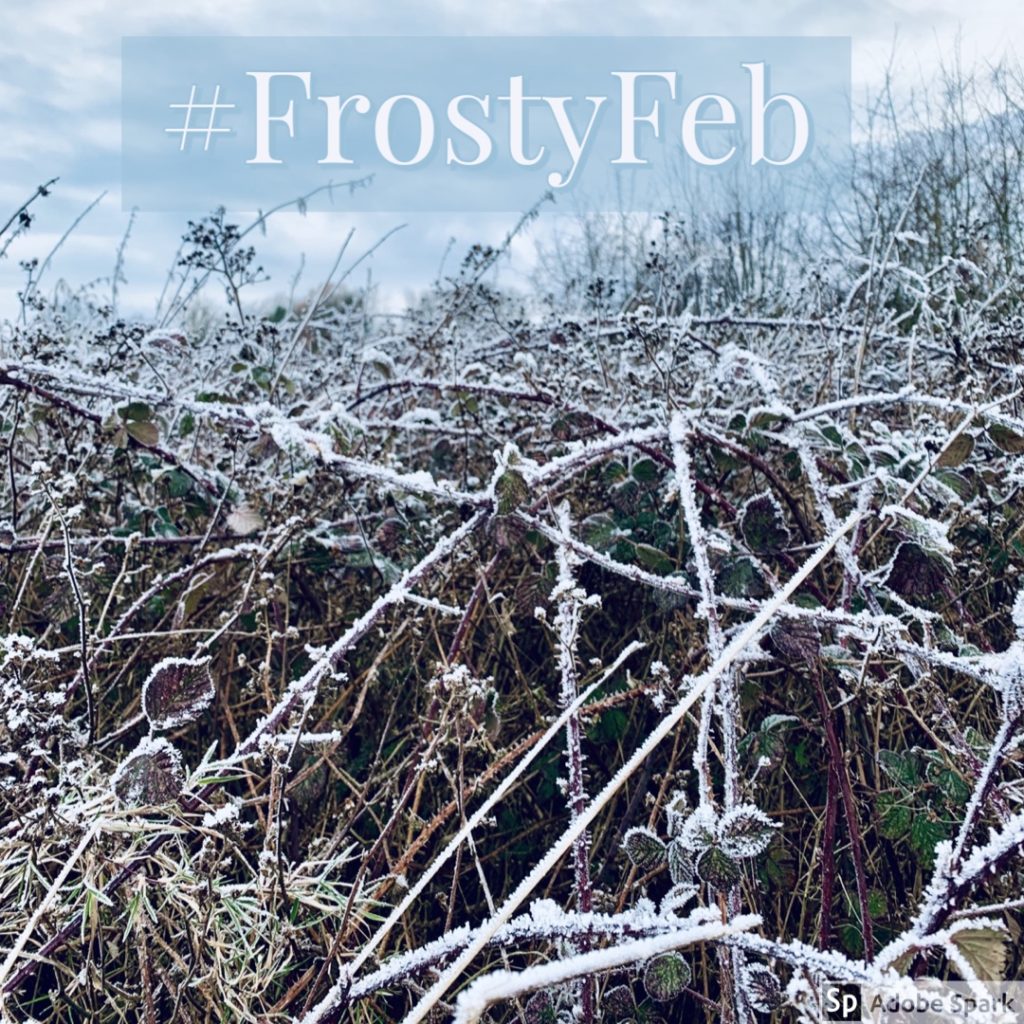 February. I’m trying to survive it but it’s hard. Gloomy, cold, and uninspiring. The only answer is to give up your resolutions and start enjoying yourself again. 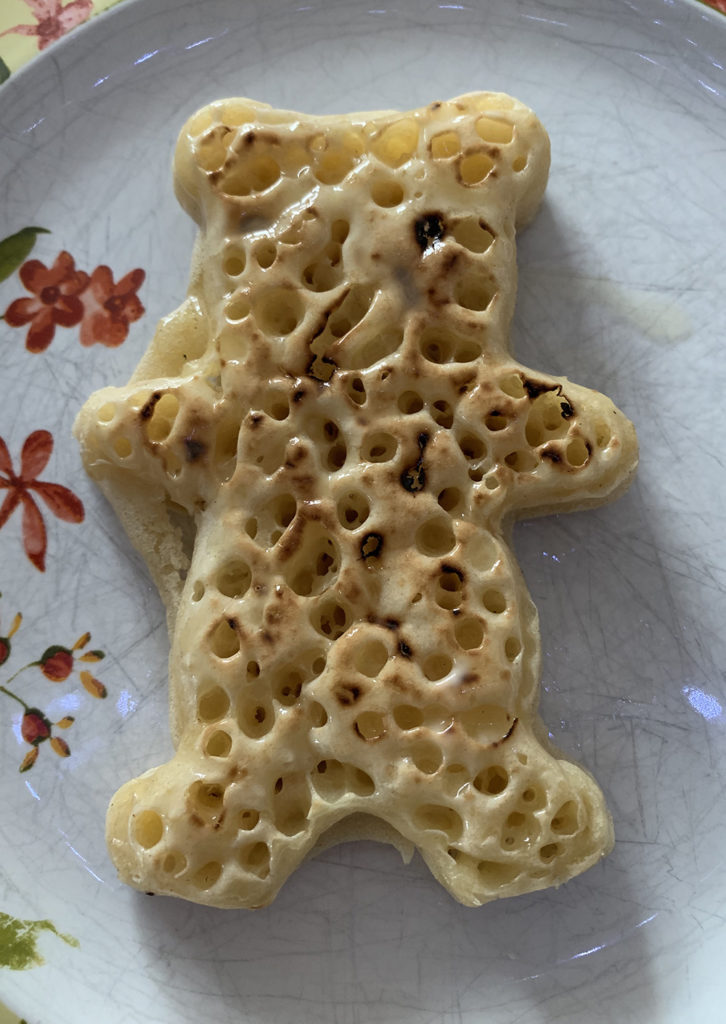 I found out that Asda makes crumpets in the shape of teddy bears. And I am 5.  Remarkably, ripping the head off a buttered up bear does wonders for your spirits. Breakfast is exciting again.

I also noticed this little thing in the shop… 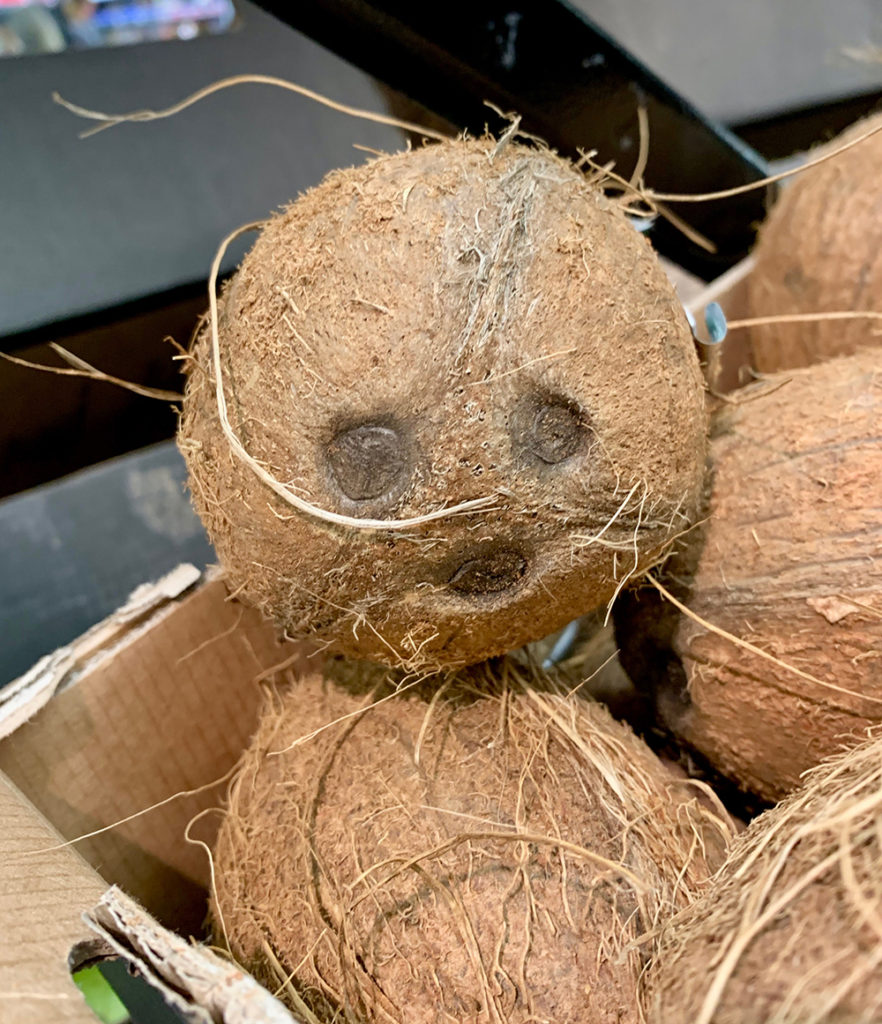 Perhaps there’s a theme going on here. I nearly bought it and put it in a cage.  I thought it would be amusing to show off my new pet to visitors, unnerve them, and make them leave early.

It’s amazing the fun ideas you can come up with when you pay attention to things. 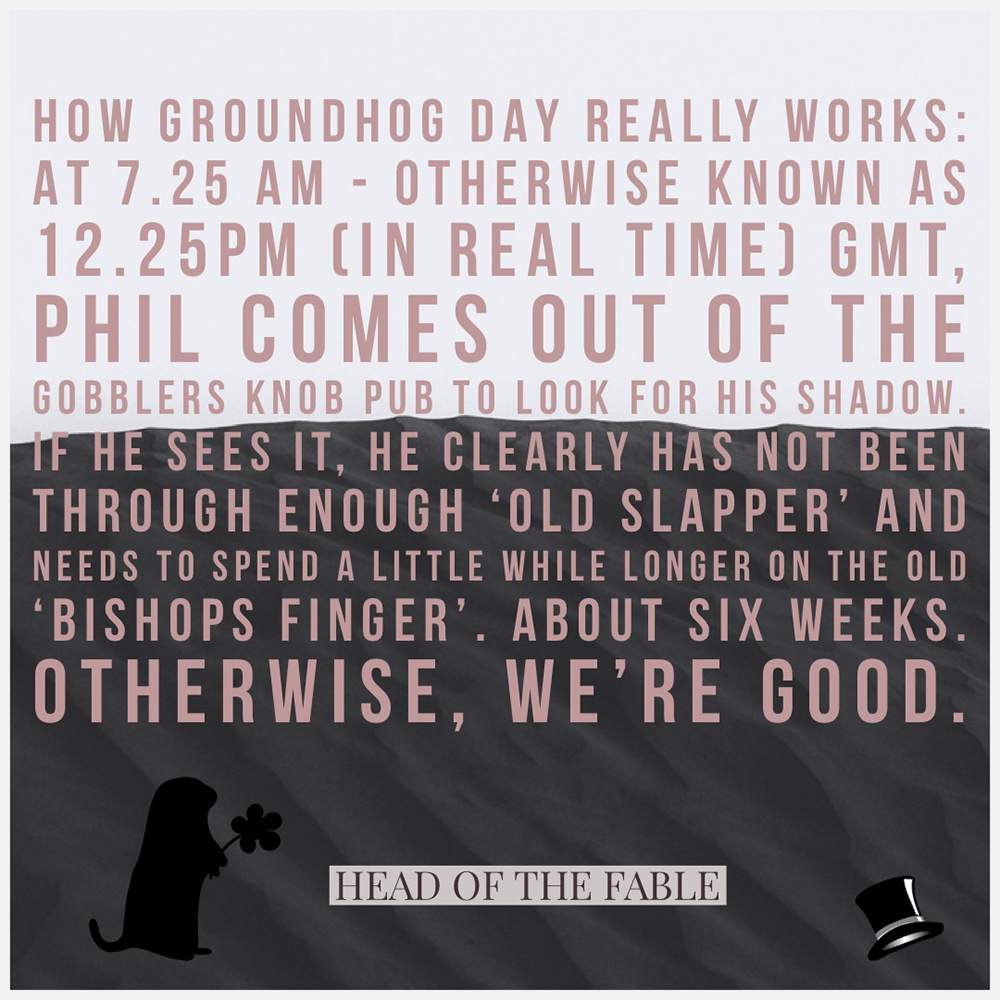 It was recently Groundhog Day, although in the UK it’s been that way every day since we decided to Brexit. Every time I put the news on I envy Bill Murray. He had it easy.

Apparently, Punxsutawney Phil, the sage and wisdomous groundhog, came out and predicted an early spring. 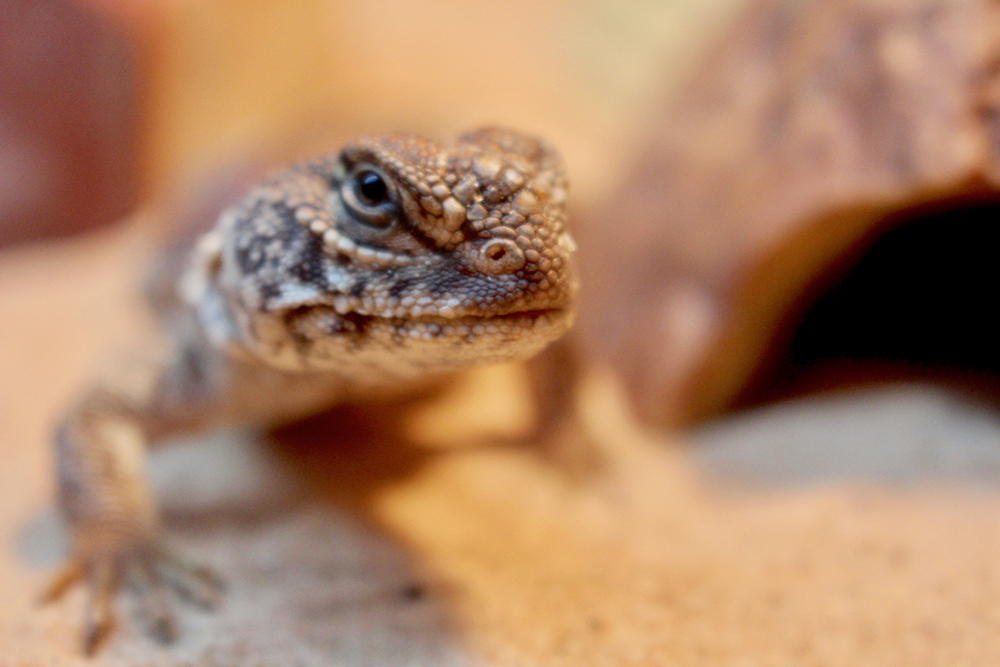 Kevin has been in brumation for flipping ages, most annoyingly. However, on Groundhog Day he came out of his cave, had a quick look round, gave me a filthy look, and then went back to bed again.

Move over Phil, my money is on Kevzilla the Klimate Kaller.

When it’s cold outside, stay inside and watch something hot.

Frank Castle “The Punisher” works for me.  Marvel’s finest hero. End of.

I’m now on the hunt for a bulletproof vest with a skull on which I think would be a fitting accompaniment to my bewwwts, lizard and pet coconut.  You gotta keep ahead of the curve. 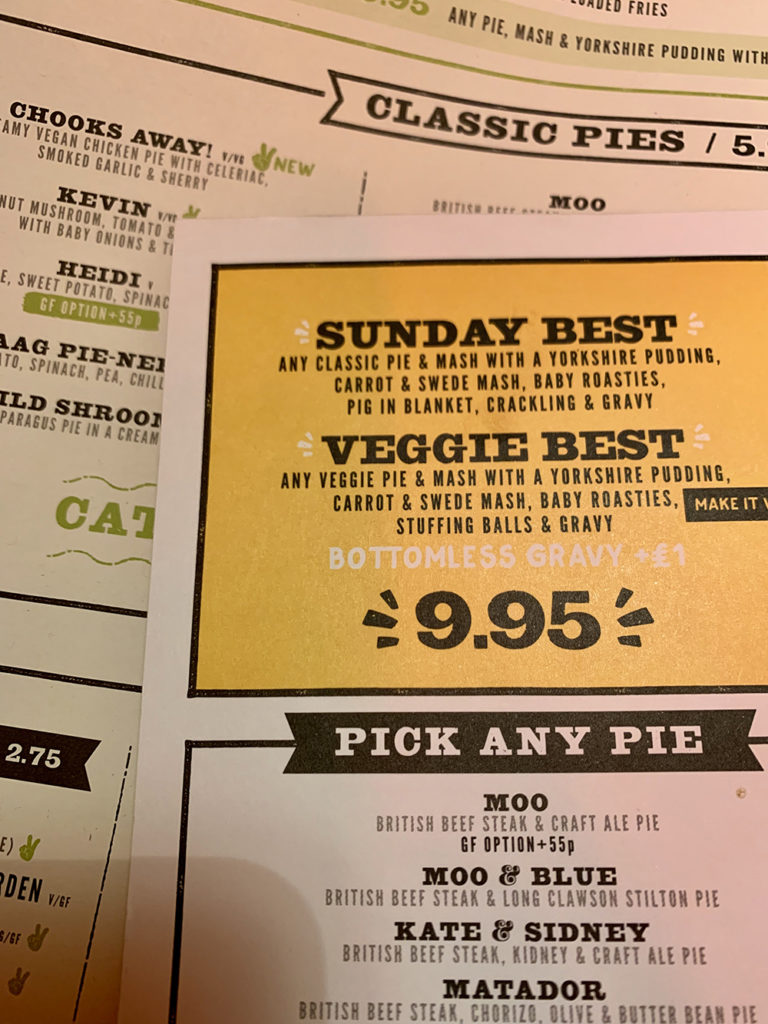 I went out on Sunday to a restaurant that I have been meaning to visit for ages.

The Pieminister.   And this one knows how to make a deal. 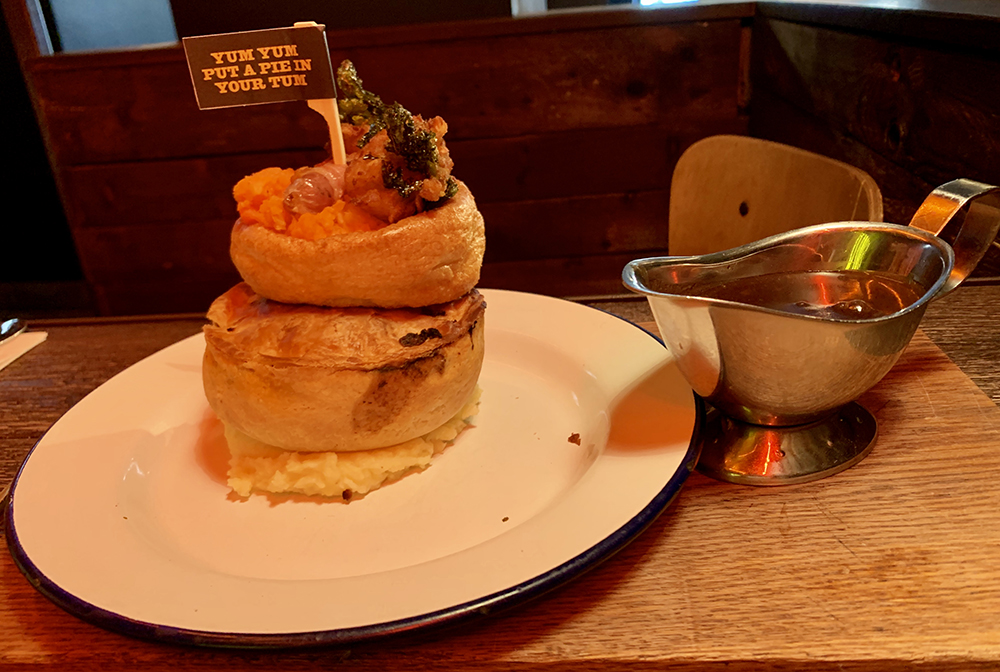 What better than to warm up by tucking into a Great British Pie? And, fortuitously, on a Sunday, they make a Sunday best: pie, mash, mushy peas, Yorkshire pudding, stuffing, pigs in blankets, crackling and gravy. 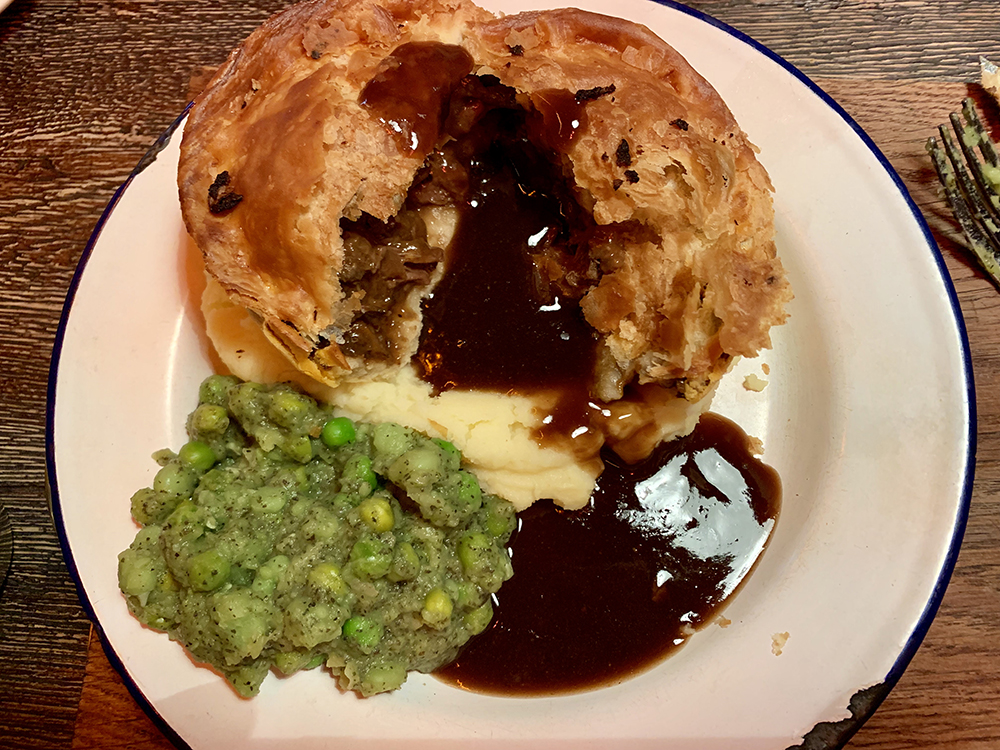 Blighty fodder at its finest.

Eating is very on trend at the moment because the great powerhouse that is China has said so. 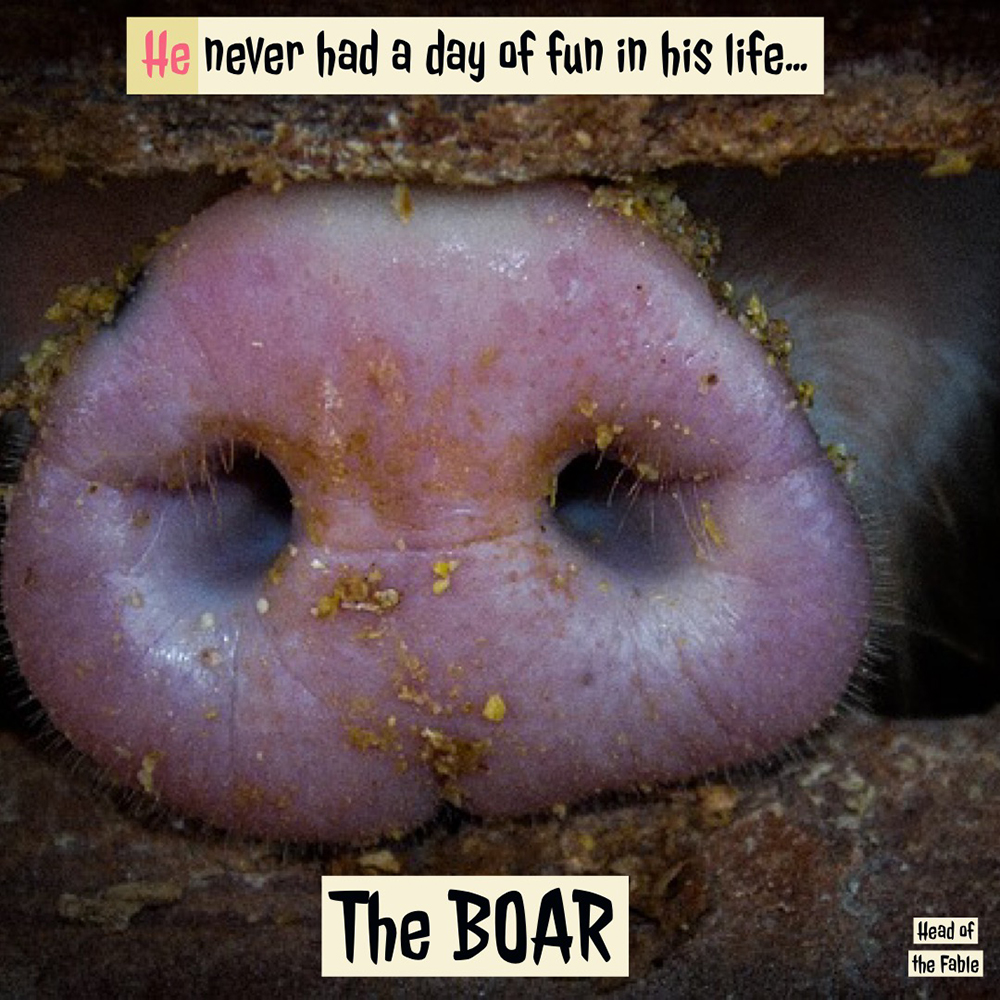 Chinese New Year ~ Year of the pig. That means you can eat as much bacon as you want.

There’s always a bright side.

At least you jet-set around and sell Boot JuJu to the undeserving masses. There is that.

I hate February even more than January because you are never really sure whether or not winter will end. Yes, you have Kevin to point the way and since he has predicted that it will be a long, miserable winter because of the coming ice age, maybe crawling back into bed is the solution.

Well, Larry, I’m a lot more selective about whom I sell Boot JuJu to these days. It’s like wearing a badge of honour; a bit like a clown nose. There are “gang” requirements, ya know.

I too hate February so much more. It’s like the mid-week month. In January you’re still coming off the hysteria of Christmas followed by trying to reach the unattainable goals you set, so it’s still a busy month. In February, your high is a valley and your self-esteem flatter than freshly laid tarmac. BOOM. Over here, this feeling can last through March as spring is a contrary miss and often disappears on a whim. I don’t think you really find yourself until April so it’s wise, in my opinion, to jet off somewhere exciting. This year I haven’t because I’m hoping that testing myself will bring about phabulous philosophy.

What’s the story with that pic up top? Is that one of yours? Do you know where it’s not so cold? Texas. Punxsutawney Phil is a little bitch. He always has been.

Frosty Feb? Yes, it’s one of mine, M. I went for a walk in the farmer’s fields the other morning and took that photo. Bloody freezing!

Yes, but I can’t keep running off to Texas. I need to deal with the moment cos I’m always running off. It’s been said that I’m impulsive and impetuous so I’m going to prove that wrong…

Yeah, he is! A NEEDY little bitch. Whereas Kevin is not only cool but correct. #ListenToTheLizard

My, what a delicious looking pie! Could you please get on the case and sort out BREXIT? Thanks.

I KNOW! You wouldn’t get one of those at a public school boy’s restaurant that daddy bought him where cheeseboards are mere crumbs and a million pounds! No! Under a tenner and well fed. I think the French House should do them. And Pier Pressure.

I don’t even want to talk about it. I’m sick to death of the whole thing.

Anything else would be punishment.

I have literally just come upstairs from watching Frank dish it out to some bad Ruskie dudes.
I wouldn’t mess with him. Ever.

Yes indeed, Masher. I think you should tell the current Mrs. M to put them on the old shopping list!

I think Frank needs a sidekick. I think that should be me, despite the fact I eat teddy bear crumpets. I think that would work though, in a sinister way.

I only eat cage-free eggs…I think…

Groundhog Day really is remarkable. here is a word which now means something completely different from what it originally meant before after the movie. everyone thinks of Groundhog Day meaning repeating the same day over and over, nothing to do with a musky meteorologist. Meet The Press urged its viewers to come up with another such instance of this in pop culture…

my priest told me to pull his finger. we were in the confessional box so it was uncomfortable. I said not interested but then he said pull my finger when he became a bishop. it was only when he became a cardinal and wore that cute little red hat that I finally pulled his finger. I’m a bull drawn to red…

I now have the Pi song stuck in my head, my sweet!

I see what you did there!

What a cardinal sin! You should have told him to pull yours first!

Don’t tell Frank when it’s the year of the snake!! X

Hahahahaha! That —tssssss — is a tale all in itself!