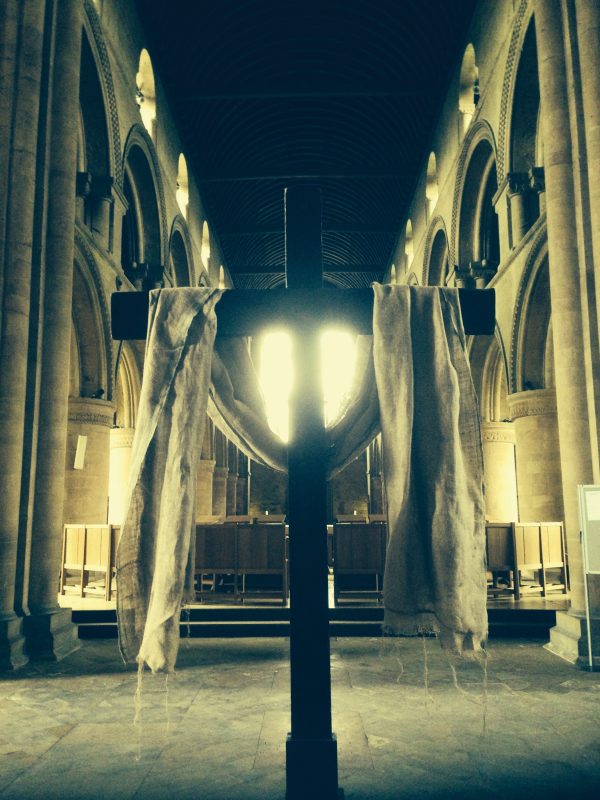 On an Ash Wednesday to be precise

And I’m supposed to find whimsy on a this day of self discipline and self denial? I mean which bright spark decided to write that up in “The Book”? I know, eat yourself senseless with buttery pancakes until you’re as sick as a dog and then tomorrow… STARVE. Cruelty. Total cruelty. And what is it with the number 40? Why is everything 40 days or 40 days and 40 nights? 40 hours is far long enough in my opinion.
I’ve given up wine. Not had a glass for 19 hours now. I’m still awaiting the glorious karma of this achievement. 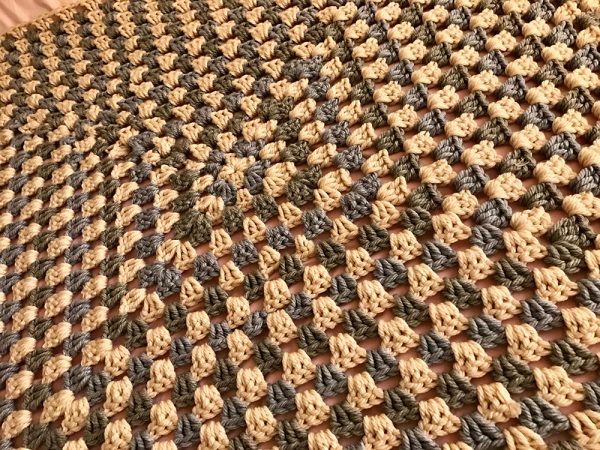 I made this incredible, king size blanket. Crocheted with my own fair hands. I’m immensely proud of myself. I made it for someone I know who is very anxious and named it “The Emotion Blanket” They can lie under this and it will make them feel better.  It better bloody do because it took me flipping ages. I showed it to my friend, T, who is very good at this kind of stuff.

“Bloody hell Jules, this wool is insanely thick! Nobody would crochet with this!”

“I know. Pushing the boundaries. It’s nice and chunky, isn’t it.”

“I’ve called it the emotion blanket.”

“It’s more like a punishment blanket. You’ll never get out from underneath it’s so heavy.”

My friend Jamie clearly thinks I’m made for this job as he sent me this following picture and message:

“Thought you could use this in your blog ….. Found in a bar in knights ferry CA. Made me chuckle!!!” 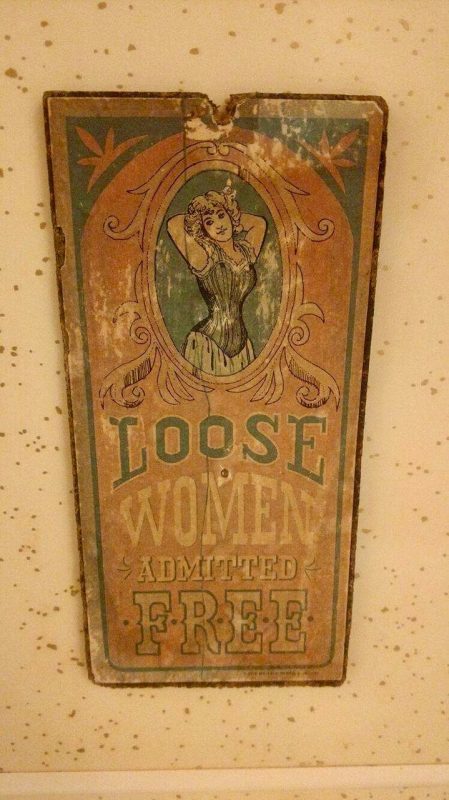 And more on punishment 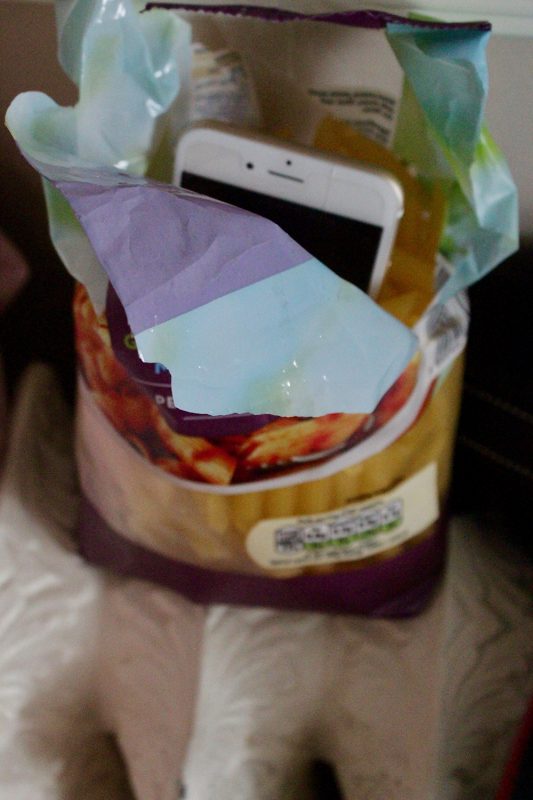 I dropped my beautiful white iPhone down the toilet. Seriously. This sort of thing only happens to teenagers and muppets. In my defence it was early morning, I’d been up since 5 am and I forgot it was in the back pocket of my jeans. It died. Friends told me to put it in a bag of rice but I didn’t have any rice so I put it in a bag of pasta on the radiator. And yes, I appreciate that pasta doesn’t absorb but this is all I had and it was gluten free thus not proper pasta. It didn’t work. This is the power of morning bitch piss, people. That stuff should be bottled and used in warfare.
Anyway, I had to wait FOUR WHOLE DAYS (not 40) before I had chance to drop it into the phone shop. I’m now not sure if I hate phone shop people more than baristas at this juncture. My phone was insured and they said they could send it off for repair.

“Well how long is that going to take?” I asked.

“And I can give you a smack in the mouth but I guess you wouldn’t want that either. I want an upgrade. Send this off and then sort me out with the latest iPhone.”

“Oh we can’t do that. You can’t have one being repaired under insurance AND have a new one too. The system won’t allow it.”

See what I mean? Which is worse, barista or phone salesmen?

In order to get my phone sent off I had to use their phone to CALL their insurance that they sold me in the first place.

“What? I’m here, live in the shop, surrounded by salespeople of the year and you can’t sort it out?”

“You’ll need to turn off your icloud.”

“I’m sorry, but which part of ‘It doesn’t work or turn on’ did you not understand?”

Eventually….. “So after answering our gazillion questions, are you happy to proceed with the claim?”

“Only if I can have a new phone today too. Your top bossman in here says I can’t.”

“Nobody cares. I want a new phone or I’m leaving.”

“And I’ll tweet about how rubbish you are because I’m feeling exceptionally spiteful.”

“And you can’t work when your store’s on fire.”

I got a new phone. Just had a text on it saying they couldn’t repair my old one and are having to replace it with a brand new one. I will now have two new phones, one of which I can sell for a nice chunk of moolah. Wisdom.

Apparently the one I dropped down the loo completely welded together. What with that power and my S&M blanket skills, you may now refer to me as “The Punisher.”

I need just such a blanket to curl up under. ?
(a phone dropped in the pan I can do without!)
-TC
X

So do I, TC. I should have kept it. Happy to make you one because I’m the kindest person on the planet!
Yeah – keep your phone away from toilets #WiseAdviceFromOneWhoKnows x

You need insurance on your i-phone so when that happens, you pay the $35 deductible and they overnight a new phone. Far less punishing. The i-phone 7S is waterproof…

Larry, well that’s Trump’s America. Over here it’s all about arguing and manipulation which is why I’m so good at it.

I’m too early for the waterproof version as that’s not out yet. However, I’ve bought some rice…. 🙂

I’m amazed you had the patience to crochet that big elephant’s shawl, Jules. Were you listening to ‘Whistle while you work’ when you were doing it? Pity you didn’t crochet a little shroud for the phone that died, so you could have given it a decent burial instead of letting Dr Frankenstein try to bring it back to life.

I know. Nobody believes I can be this homely and patient but I can. Admittedly, it’s rare and short lived but I like to prove a point to myself and others. I’m much happier when on an insane adventure but it’s all about balance, so they say.

Yeah but, I’ve come out on top because I now have two new iPhones which covers my costs. Win. 🙂

Well thank you, Hardnox! I’m usually called much worse things. I’ll take hoot any day of the week. Even on Wednesdays 😉

* your emotion blanket > the Snuggie

* life is too short to buy insurance…

* the icloud scares me. what does that cloud up there want with me? is it gonna rain on me? all of the world’s pornography is stored on that cloud, i don’t want it raining on me

Yeah. That’s what I thought.

Life is too short, period.

You’re a geezer bird and yet… you crochet?
Just when I thought I was getting the hang of you.

I’m always ten steps ahead, Masher. Keeps you rocking on your heels 🙂

What self discipline and self denial? It felt like a typical Wednesday to me, heathen that I am.

I went swimming with a phone in my pocket once. I tried the rice trick. Put it in a bag and then on my car’s dashboard top to really cook it. It never worked. It was nice not having it for a while, though.

What do you mean ‘now?’ I’ve always referred to you as The Punisher. 😉

Well, I thought Id give this sacrificing malarkey a try. Very difficult. The days are VERY long without toxins…
It is kind of liberating to be without a phone for a few days. Right up until you get it back and have to catch up with a gazillion messages.
Ha! You are wise, M. 😉