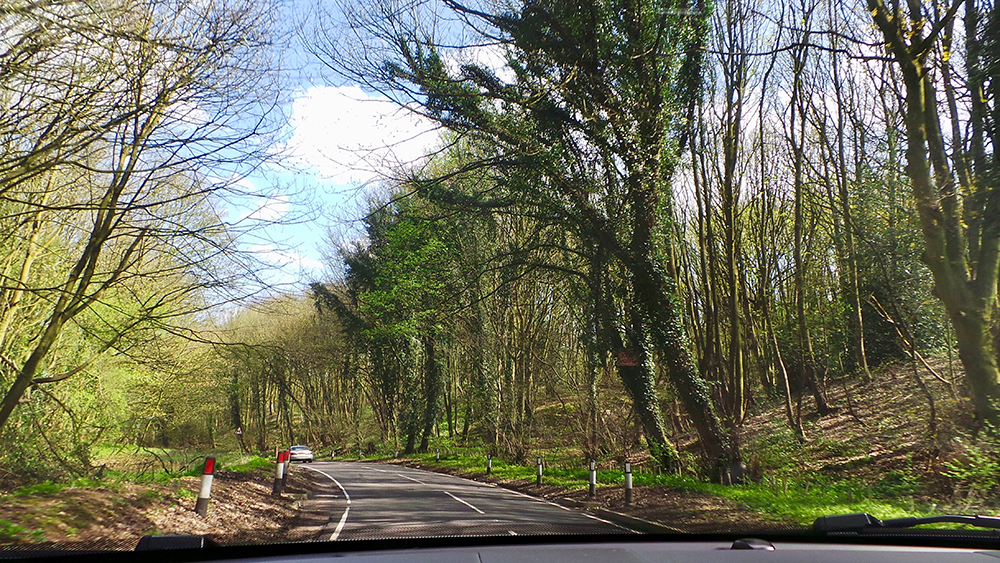 Satirical Snapshots Bringing You Whimsy On A Wednesday On A Thursday!

I’ll tell you why.  The sun came out.  Temperatures hit a skin blistering 24 degrees and England rejoiced. 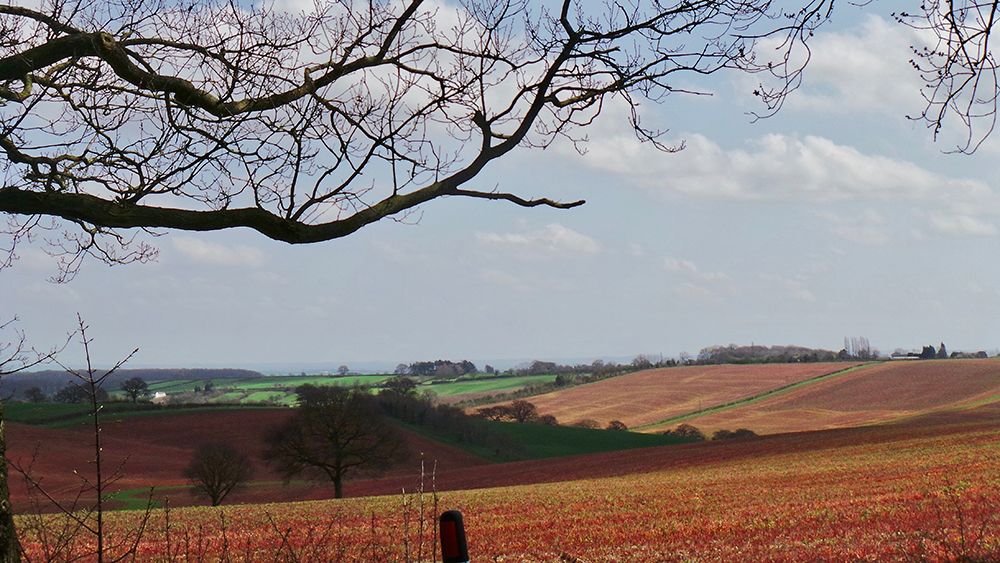 On my travels to go and get something I fell in love with the glistening English countryside and decided to stay out.  I went for a drive along the winding country roads playing my “cheesy guilty playlist” (yes, I have called it that) because Abba, The Pina Colada song and such like make you deliriously happy and I’m owning it.  Besides, singing your head off with the windows open scares the grouse and pheasant away so you don’t have to put the breaks on and be forced to make a bird pie for tea. 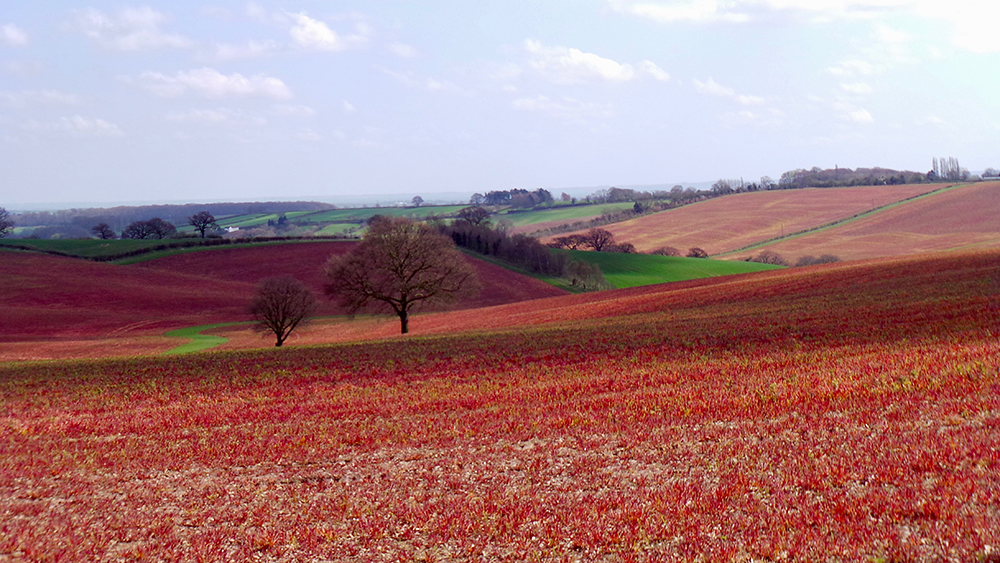 Light has a way of making everything look better and when the sunshine hits the Land of Hope and Glory there is no finer sight to behold.  I look at it in wonder as it transforms from an underexposed photograph to a saturated, brilliant vista of colour and I have to be very careful not to crash the car as I stare in awe at the surrounding beauty. 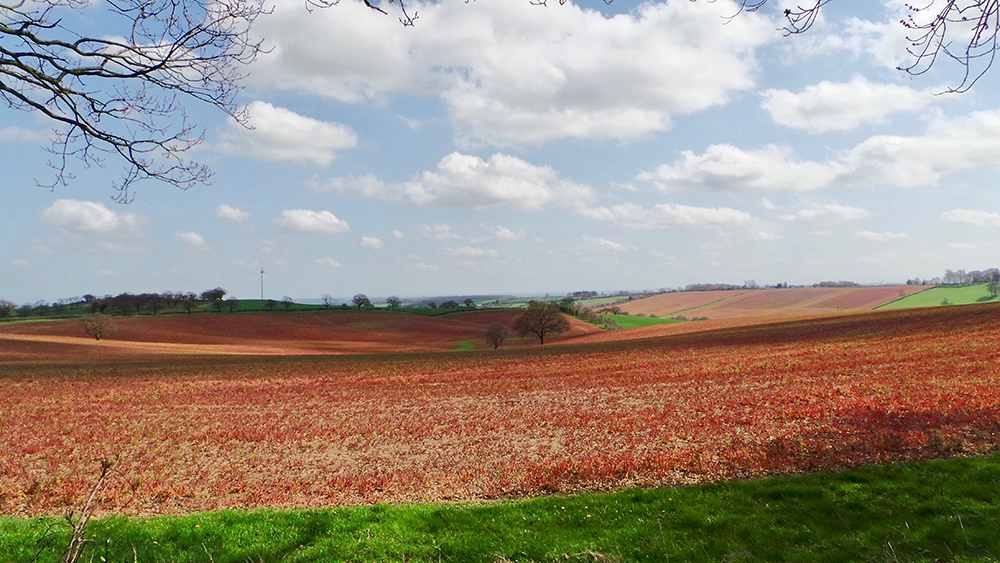 The UK is only 600 miles long and 271 miles wide with a population of just over 65 million; 8 million of those live in London which is more than the whole state of Virginia.  Now when you think about our size and population you would wonder if there is any countryside left.  However, did you know that only a small percentage of the UK is urban?

“Five hundred experts analysed vast quantities of data and produced what they claim is the first coherent body of evidence about the state of Britain’s natural environment.Experts calculated that “6.8% of the UK’s land area is now classified as urban” (a definition that includes rural development and roads, by the way) that means almost 93% of the UK is natural.”

Anyone who has flown over the UK can witness evidence of this (if you can see past the clouds and arrive on a nice day) as it looks like you are landing in a patchwork quilt of green. 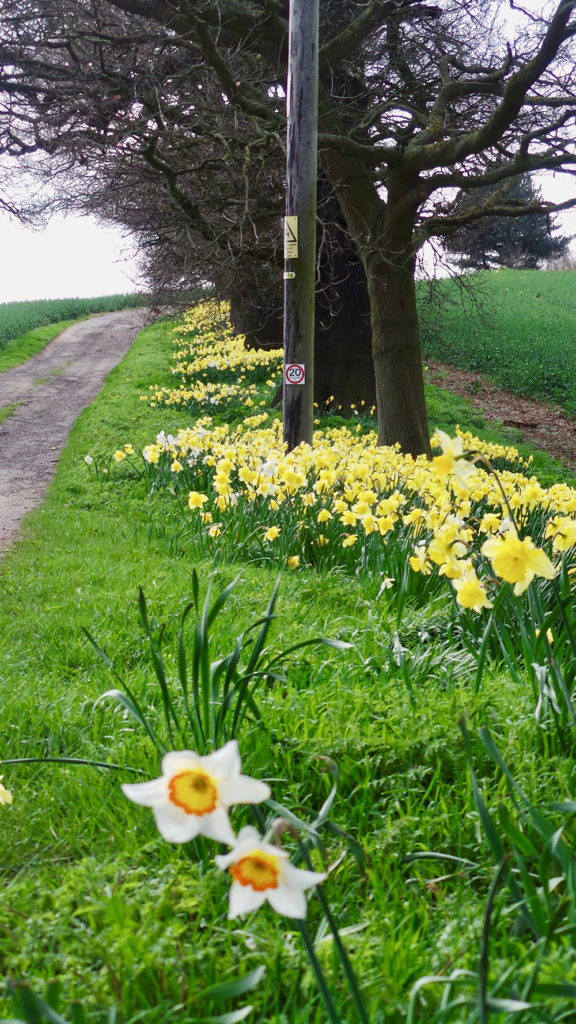 The pictures littering this post were taken yesterday as I hopped out of my beastly vehicle to take snapshots FOR YOU LOT. So, even though I’m late, I was thinking about y’all because I know how much you miss me.

Everything is Bigger In Texas

To my Texan friends:  You have some competition.  OUR MOLES ARE BIGGER THAN YOURS! 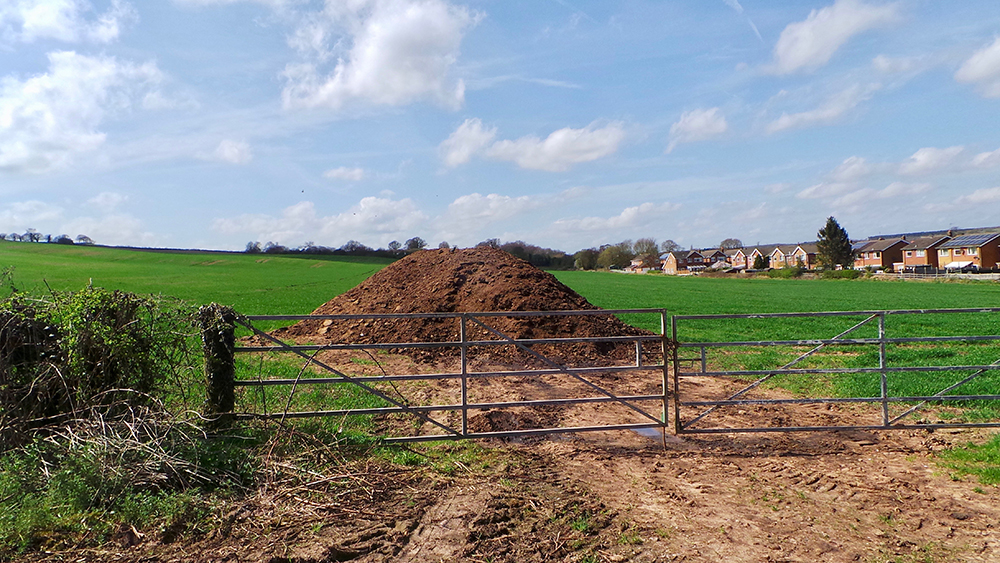 Your landscape looks lovely and yes, it does look much like Virginia.

Mole hill? I believe that is a pile of manure. Lol.

Thank you, Nox and yes it does!

If that’s the manure he left then imagine how BIG that mole is! 🙂

England, and by extension, Britain, is a green and pleasant land. There is no denying. It’s also a land heavily devoted to agriculture and horticulture, with a tradition of bucolic cottages and small, winding roads. Then there is London and Liverpool, which provide a counterpoint.

Then you have Texas, which is much smaller than the UK, but it has a GNP much larger than Russia, by comparison.

I know this as I got stuck behind a bloody tractor yesterday, LL. Most annoying. That’s when you need a big American highway!

There’s always a counterpoint, in every land. Avoidance and denial work wonders. 🙂

Of course, along with the sunshine comes the obligatory temporary lights on M P – just about outside your house! Bet you don’t get them in Texas (or Virginia).

Well, there’s a lot of roadworks in Texas to be fair. However, those lights are REALLY pissing me off, as you might imagine. Particularly when I’m trying to get out and some dimwit has blocked my drive.I inch forward until we’re just off touching and stare viciously into the side of their head.They NEVER look at you! GUILT. YES, YOU ARE A MUPPET! However, this makes the next person in line a lot more friendly. 🙂

I don’t geddit, they are there nearly all the damn time, they just move up and down the road a bit, WHAT ARE THEY DOING?

I’m afraid I can’t help you, Rick. I see no evidence of any work or workers. I’m baffled. I’ve been up and down the road today at a snail’s pace due to the coning and ….NADA. AND, they’ve left their road sign on my grass! Rude! Tonight I’m going to use it as target practice. 🙂

I love seeing the English countryside from the air as you’re coming in to land, beautiful. Thanks for reminding me of that, it made me want to get on a plane and have some fun in London and, ahem, the countryside.

Ha! London is a scorching 28 degrees today, LSP! If that’s not a reason to go and get cool in The French House I don’t know what is! 🙂

That “molehill” needs Jeff Goldblum standing next to it….
https://www.youtube.com/watch?v=63UlBsdElsY

>They NEVER look at you! GUILT.
Yes! Last night as I was making my way across the 3-lanes-each-direction boulevard to the parking garage (crossing WITH the light mind you), an SUV in the center lane pulled past the “stop” mark for vehicles and stopped in the middle of the cross walk, less than eight feet directly in front of me. It was a little after 10pm and rainy, so I couldn’t see too well into the SUV. I walked up to the driver’s side window (it was literally directly in front of me) and glared into the window from two feet away. Some middle-aged Asian (US “Asian”, not UK “Asian”) man, staring straight ahead. I traced a path around the front of the vehicle, keeping my eye on him. Guy never moved, but continued to sit with eyes locked to front as if he was a mannequin. (Hmmm, maybe it was a man-killing Uber-drone car and that really was a mannequin!)

>Abba … deliriously happy
Well, there’s Why Did It Have to be Me?, The Winner Takes It All, and When All Is Said and Done. Appropriate that it’s a Swedish band. (Not that I’m bitter or anything 😉

Haha! Jeff too has seen the moles here. Very scary.

People are weird. Own your error! You should have jumped on the bonnet and licked the windscreen.

See any armadillos down there in the Texas? Weird little guys. We had one in the yard awhile ago; they are moving North with the warm.
A bit ‘o the Donovan? . . . nice

I saw my very first live one this time. From a distance, but it was the most bizarre looking animal! Prehistoric looking. I like them.

A bit of Donovan is always nice 🙂

red pleasant=resplendent, you win, I can’t compete. all that red expanse makes me want to colonize on Mars

when I was young I thought ABBA were witches. I would see them on my dad’s old LP covers where their logo looked like a cast spell. and i’d always see them on tv on grainy video performing their magic on faraway Swedish ships. when I got old enough to buy music, there were no more dusty LP dustjackets. I got into Ace of Base but it just wasn’t the same, all of their videos are glossy. well, except “All That She Wants”

Abba were witches. Anyone who can make a huge success after the Eurovision song contest has to have magical powers. That wasn’t just any dust, my sweet, that was Hell Dust.

Some lovely pictures of the countryside there, Jules.
I’m guessing you Photoshopped them, because I can’t see any old mattresses and washing machines on the side of the road.

Do you know, Masher, there wasn’t a single edit on any of those photos OR, most importantly, a single mattress or selection of white goods! Fly tipping is a very big no in my neck of the woods. It’s proper posh. That’s why I live here to keep them grounded. 😉

Mere days. Already seen the weather, Jane. Back to normal temps next week. Coat on, coat off, coat on, dress off, pants on… and so it goes. You don’t know where you are. 🙂

I’m so late that it’s almost time for a new post. And my OCD kicks in if I miss one. It’s maddening.

These are lovely. Can you see how the folks in Texas miss out when all they have is sun and pleasant weather all the year ’round? What’s better than coming out of a long spell of inclimate weather to take a drive and enjoy the flora and fauna and feel the warm sun on your skin? It’s a singular feeling that only we in the changeable seasons enjoy. I like it.

I don’t mind if you’re late, M! The fact you come at all is wonderful!

I do love seasons! You’re right that it makes you appreciate them. I like it too. 🙂