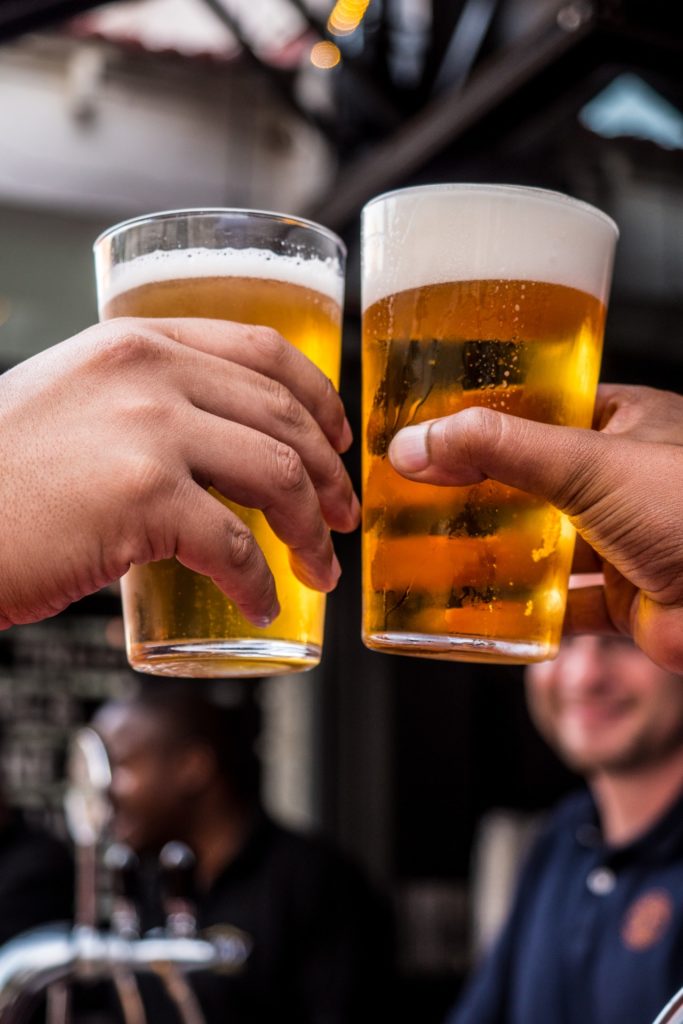 Oh, looky do at you getting two blog posts in a week, ay, eh?!  I’m just all about the giving, me. Anyway, what I’d like to talk about today is ‘Pride before the fall’. Not that I would know anything about that sort of thing being so humble.

Where’s the best place to find a bit of whimsy?  At a pub. Naturally.

A Braggart With Beer

Let’s take Billy, for example. Now Billy rolls up at the pub last weekend full of high spirits with his brother in tow. The sun was shining which means, in England, that beer is needed in plentiful supply. One has to keep up with the glory of the day by the force-feeding of liquid hops to maintain a cheery disposition.  We’re not used to it over here and it’s been sun-shining for nearly two months now.  Some people have been hospitalised with severe shock. It might be beer related too, I don’t know, but suffice it to say, England is aglow.

The pair of them arrived having just been to a summer fete held at one of our many Stately Homes that were given up by those with olde money cos they couldn’t afford them. Now we hold fetes in their magnificent gardens in order to pay for upkeep, cos, nobody can afford them.  Still, what would be England without our Downton Abbey’s? So we conform and pay through the nose to enter these estates and behave like pretentious oiks.  Unfortunately, what with it being a proper nice day, again, the local food vans are starting to run out of pasties because everyone keeps going out.  I’m telling ya, if this nice weather carries on you’re going to end up with beer laden, hungry Brits going on a meltdown. Nobody has predicted it yet but this could be the start of the next revolution.

At this summer event, there was a raffle to win a wheelbarrow stocked with 30 bottles of spirits. Good call by the marketing team on that one! Boaters off, feet up and light a cigar, old chap.

Yes, we do still gloat about our education system being one of the best because we are deluded like that.

Billy had bought himself a ticket and began to tell everyone in the pub what the outcome would be.

He began to list the all the things he’d won in his lifetime.  Everybody stopped listening after the first three but let him keep talking because someone had to drown out the puke-inducing tone of Justin Bieber on the jukebox. Rock and a hard place. Thankfully, nobody found out who dared to put “that Canadian twat” (commonplace term of endearment over here) on which is a relief because they would have been made into next weeks pasties.

“I’m not joking. I bet you any money I win that raffle. Give it an hour and they’ll be ringing up saying it’s mine,” Billy repeated.

It doesn’t take very long for people to get irritated by others in this country. Just in case you were ever thinking of coming here on holiday it’s worth making note of that.

Winner Takes It All

Turns out that the phone number Billy put on the back of his ticket was his brother’s number cos he’d lost his phone when chucking it at some little skank trying to nick his car tyres the week before and it dropped down a drain.  But that doesn’t matter, cos Billy is lucky.  He’d mentioned it a few times now.

The pub landlord, who’d about had his fill with Billy and his raffle ticket, takes his brother to one side and reveals his cunning plan.

“Give me your phone number and I’ll ring up and pretend that he’s won the raffle. You go along with it and tell the others.”

About half an hour later, the landlord sneaks around the back and calls Billy’s brothers mobile”

“I don’t recognise that number,” says bro, looking at the screen. “I wonder who that is?”

“Quick. Answer it! I bet it’s the raffle people!”

“Yes. That’s my brother’s ticket. Yeah, we’ll be round to fetch it in the morning. Thanks!”

Billy was now upstanding doing his sexy pants dance. Hips gyrating, flies undone – the cage may be open but the beast is asleep- pints going everywhere on the table and his ticket waving in the air.

Normally he might have got a belting but people were too busy stifling their laughter with pints of Pedigree.

“Well, why have we got to wait until the morning?’ Billy suddenly asks. “The fair will still be open.  Let’s go and collect that barrow now! Come on you beauuuuuuty!“

“Nah, mate. We’ve both had too many to drive now. There’ll be loads of cops out with the event and all, let’s just fetch it in the morning.”

“I tell you what, Billy. If you want I’ll give you a tenner each for those spirits you’ve won.”

“A tenner?  They’re worth way more than that!”

“Yes but that way you’ll have £300 instead of a load of spirits you likely won’t drink. I’ll be getting it cheaper than I can at the wholesalers and you’ll have a heap of cash that might see you better off!”

No.  Nobody spoke up. They all collected their drinks and raised a toast to Billy who was now over £40 light and still none the wiser that he hadn’t won the raffle.

The next day’s fall must have been quite something. Cheers!

TC, how very poetic! That should become a pub song. However, not many would get past the second line because two pints is just a warm up over here! 🙂

And, high five for saying “goeth” you don’t get many Americans pulling the “Eth’s” out. ;P

Whenever one thinks thou shouldst…
😎

I like this post a lot, even though it’s not ON A WEDNESDAY, because it features Billy Bragg. Billy would call me “the posh one” and I’d agree, “You’ve got that right, Mr. Bragg.”
Speaking of which, badly need stately home as counterbalance to the WWM. Surely we can sort something out, important.
PS. Preferably with a tower and place to dock the boat.

Oh yes, you definitely need a Stately Home! When the White Wolf comes visiting in his chopper he will need sufficient and protected acreage to land on. Then he’ll need butlers and maids in pinnies catering to his every need whilst you go about business in the drawing room, sirs. No towers, no moats, just an oak-panelled library and a Roller outside says “I’m posh” 🙂

Oik is new! I’m going to use it in a meeting today. You’re not an oik. I Googled it and that’s not you. And what are pasties? As far as I can tell they’re a clothing item.

You could buy a beer for 50p? Alchaolic’s delight.

I surreptitiously copied down the numbers on someone’s lottery ticket and presented them as the real numbers. They got so excited I felt bad. It was a dirty trick. And unlike Billy, they didn’t deserve it.

Oh, I do so hope you do, M! America needs to be reintroduced to proper words! And it’ll make you look London cool;P

what happened?! i woke up and the match was over! now what am i gonna do with my day? Robbie Williams later addressed the media in his post-Opening Ceremonies news conference:

Robbie Williams: i wasn’t trying to say “fuck you to this whole entire world” to a live global audience of billions. though i was thinking it. i took the “bird” iconography a little too far. sorry. i’m new to twitter, i thought that’s how the kids tweet.

seriously, tho, i love that dude.

in the Summer of ’83 i was five years old. Jackson Browne was 21 in the Summer of ’69, he was destined for a healthy sex life. he was runnin’ on empty, when i reached 21 i was empty and had never driven a car.

two words: Raffles Hotel. the Trivago Guy and i are waiting in our bed.

there was an unaired lost episode of Three’s Company where typically-drunk Mr. Furley brandishes a pool cue at Jack Tripper threatening to kick him out of the apartment. that was too much even for the ’70s.

Get ready for World Cup fever, my sweet *)

Robbie is a British icon. And he isn’t scared to tell it how it is. I respect that and he’s naughty too! Win. I think he’s in the Raffles hotel too – Room number 83. This could be the new three’s company. Or is that too much for this progressive age? Ask the Trivago guy, he’s a time traveller. *)

Cruel, but fayre… I mean, fair.

Got your pun on today, I see Masher taters! That’s too much blogging for ya! 🙂

If you haven’t yet, thought this may be of local interest: http://spitalfieldslife.com/
Fellow is very prolific. gm

Thanks for that, Goatman! I might actually go and take a look at that. I need a bit of a cultural adventure! 🙂

I shouted that TWICE last night, my sweet! Get that? TWICE! They got KANED! We have now basically won the World Cup. This is the mind of every Englishman. Just hope the Germans get wasted along with Spain and Portugal ( I viciously hate Ronaldo and think I need therapy for this) and it’s a cinch. #FootballsComingHome *)