The Torment of Time Travel 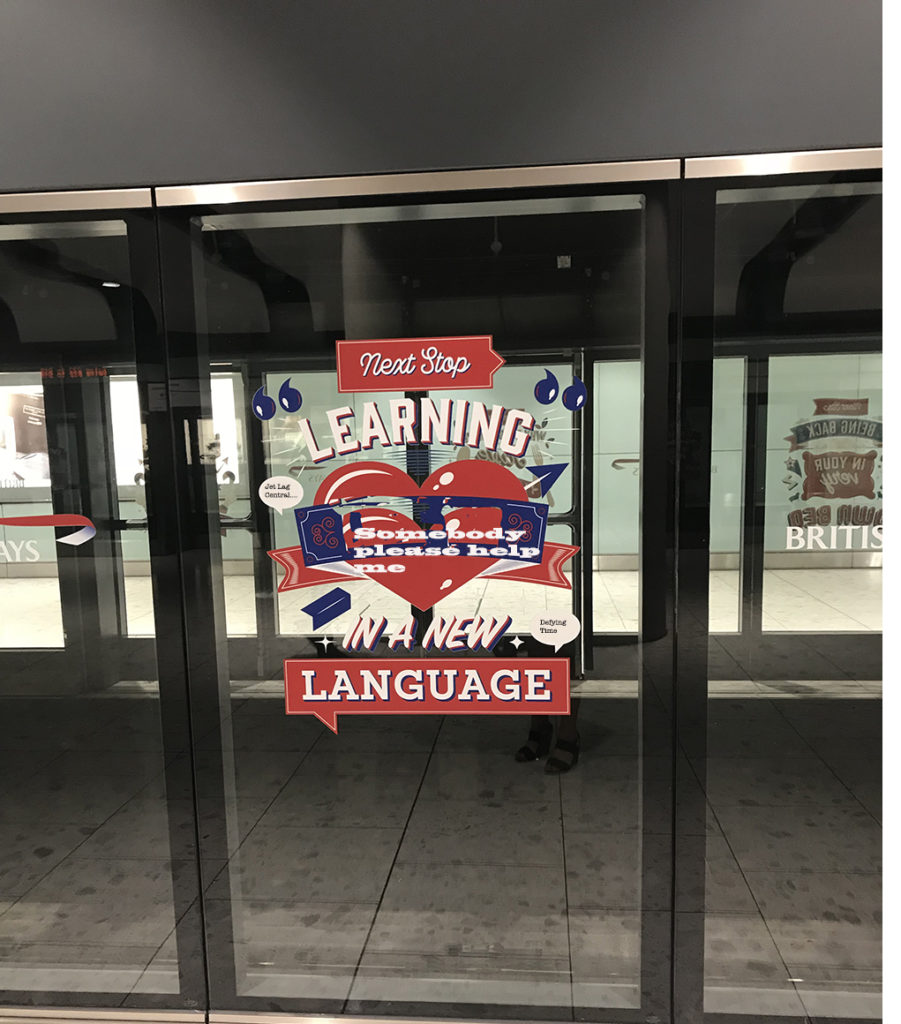 A terrible and wicked thing happened.

I know. But don’t worry, I managed to save it at the eleventh hour as is my normal policy.

To my worthy readers – forgive me.  I know that without this humorous little piece of penmanship that life just hasn’t been the same and your Wednesdays have been utterly dreadful.

To my other blogger friends- I will catch up with you and restore my inappropriate responses to your worthy work.

What can I say?  You can’t miss me if I’m here all the time.

The thing is, whimsy got stuck in a time travelling portal.  This is what happens when you cross over so many time zones that you don’t know what bloody day of the week it is, whether it’s breakfast or dinner time and what language is being spoken.

WHAT DO YOU MEAN IT’S WEDNESDAY?!!!

I have been on so many aeroplanes I think I have club foot, a newly found allergy to British Airways chicken curry, a curious type of dementia caused by too many airport radioactive scanning machines and I’m quite certain I picked up someone else’s luggage because I have clothes I’ve never seen before.

How To Combat Jet Lag 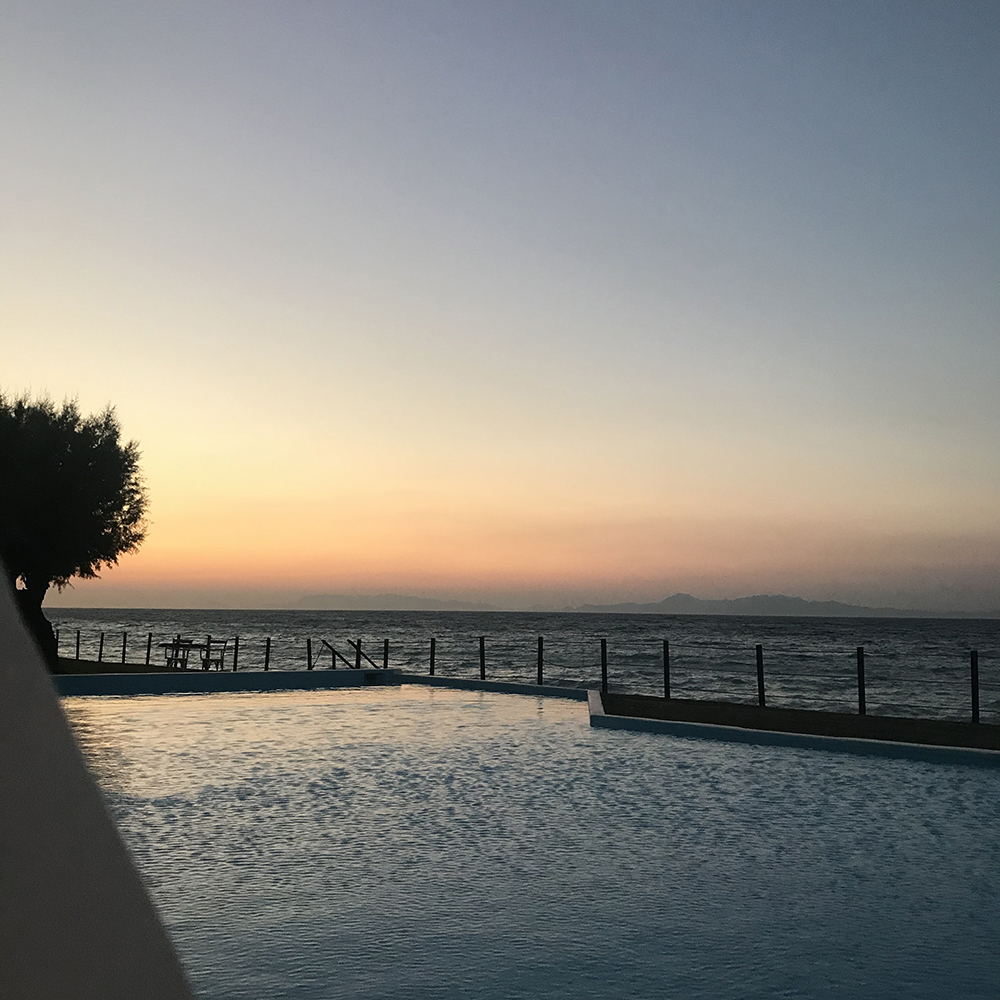 Try and confuse it by over travelling and  violent nausea will way surpass the lack of sleep issue.

Let me give you a valuable piece of advice: Consider your impetuous behaviour with care.  Whilst flying from Texas back to England for just a couple of days, ‘going on a bender every night to catch up with your friends and then immediately getting on another plane to a Greek island because, It’ll be alright – travelling around is fun’ might seem like a rather jaunty way to live, it’s actually bordering on life -threatening.

By the time I got to Greece I didn’t know my arse from my elbow but as luck would have it, this time I’d managed to book myself into a beautiful resort with simplistic stunning scenery that would blow anyone’s mind.  Except for mine because it had already crashed and burned. 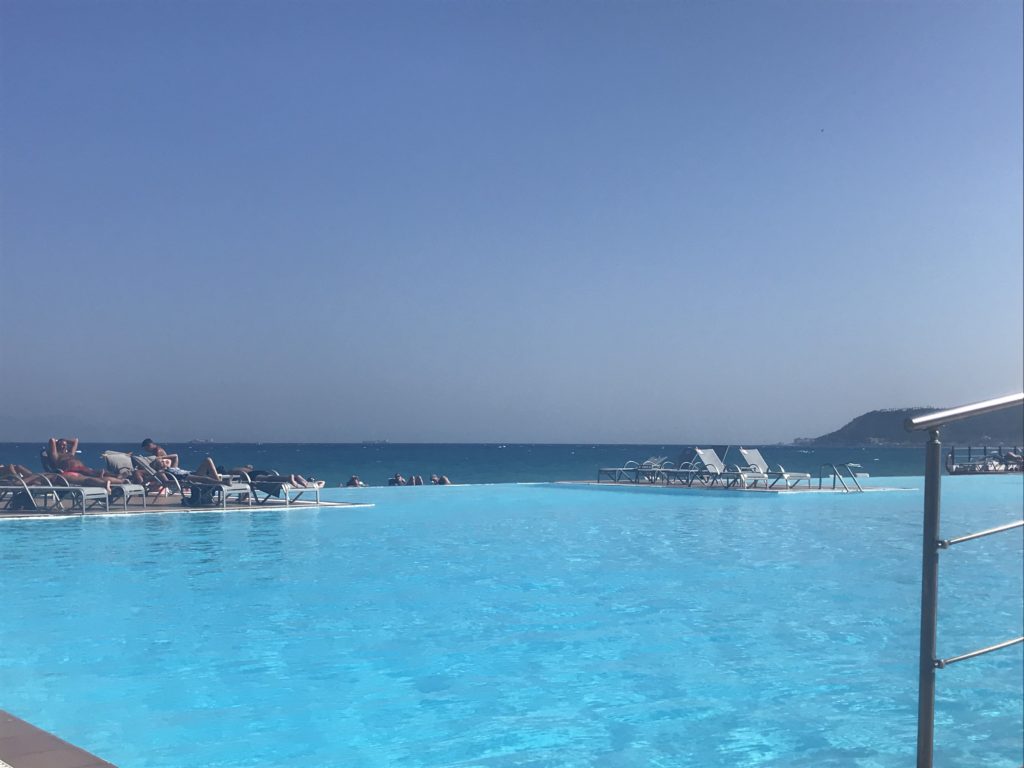 Fortune shines on the brave and the, err, deranged, and not only did I have the beautiful Aegean sea to gaze at morning, noon and night but my hotel complex happened to have a team of about 30 Swedish athletes arrive on the very same week.  It was like watching a continuous movie of Thor in 30 different versions as bronzed Vikings pranced around all day and all night.  Unfortunately, because whimsy had been lost in a vortex,  I was in no fit state to make myself acquainted and despite my valiant efforts at thinking I could talk Swedish after 3.5 Ouzo’s I could barely master an Abba song.

In hindsight it’s probably a blessing because I might now be holidaying in a Stockholm sanitarium and evidence may strongly suggest that I already have this syndrome with my British Airways captors.  As delightful as the Vikings were to look at, I got pretty irritated with the constant fitness activity when I was trying to catch up with sleep on my sun lounger.  People who exercise on holiday should be deported.

And after a much needed peaceful holiday, despite the Swedes running amok with their zumbathonian-water-aerobic-circuit training, the best way to totally destroy that inner zen that Thomas Cook made you pay a years wages for, is to think it’s a good idea to return back to America just three short days after returning from Greece to England.

Because, let’s be honest, a three hour drive to Heathrow at 5 am in the morning followed by a ten and a half hour flight squished between a miserable cow with a personality disorder (didn’t have one) and a foul-smelling Frenchman( akin to garlic soaked old slippers) and a two -hour wait in Houston’s security line is just the ticket for a feel -good experience.

Why hasn’t anybody told me how ridiculous I am?

And Just When You Thought I Might Have Matured…

I’m just three days into my overextended jet lag euphoria and I have to get on another bloody plane tomorrow to Chicago.

I can feel your sympathy.  But when I break the time travelling phenomenon you’ll all be thankful.

Girl from the future-past-present- once known as Jules….

You’re a funny gal…. but you already knew that and so do we. 🙂
Glad you’re coming to grace us in the Colonies again.
Happy travels girl.

Thank you, Nox! I love Merrrica!

Be sure to pack your body warmer.

Now that you’re a boot baroness, you need to start flying First/Upper class, so you aren’t sandwiched between two people. Seriously, being in a pod may sound anti-social, but I can’t stand being that close to the general public for that long of a time. And you don’t want to knock yourself out with drugs (you can do it in a pod because it’s sort of a temporary coffin). There is no telling what your newly found friends will do to you while you’re in drugged oblivion.

I can’t bloody afford that! Besides, how can I torment people if they’re so far away! There’s no whimsy in first class!

Judith Chalmers reincarnate! Are you orange, now?
T%hat’s some serious commuting, Jules (I assume that work is involved at some point).
Shame they mothballed Concorde.
Tip: your elbow has hard pointy bits, whereas your arse… well, I couldn’t possibly comment.

I’m a lovely shade of deep mahogany. But that could be the whisky shooters, I’m not sure….

I don’t know if it’s been utterly dreadful but I *did* notice. That counts for something, right?

You can’t draw a better juxtaposition than Texas and Greece. Two polar opposites, both geographically and in spirit.

Chicago is my kind of town. Have you been? You can get a great steak there.

Greece and Texas can’t be compared in anyway whatsoever. I kind of like that, though.

Been to Chicago a few times. Great architecture. And Gino’s pizza!

We miss and love you Jules‼️❤️ So glad your coming back.

Back at ya, Janet. Until next time x

please tell me you slept under the stars in the cradle of the Great Oak’s branches, the Grecian Great Oak, the Great Oak originates from Ancient Greece of course, has its roots there.

time doesn’t exist, there is only the Eternal Moment of Now. so you’d think that would make making a time machine easy…except for the whole “if you can go back in time that would remove the need for Heaven” Hell Dust thing. Marty McFly should have invented the hoverboard, the REAL hoverboard *)

I always sleep under the stars, my sweet!

The power on NOW is how I live. If only I had a hoverboard. *)

One of the best things about time travel is that it’ll take you from Houston to Chicago in no time at all. Check out the bar at the top of the Sears Tower, if it’s still there, and have a martini or 3, then dust off the old body armor for a stroll down Division and Wicker Park.

If enemies confront you? Destroy them utterly.

I went to the top of the Willis Tower and stood in the glass box outside. My God, that’s freaky! Needed a stiff drink after that!

If enemies confront me I tell the Dalek.

You’re a traveler, all right. Chicago? Never been there but it’s on my list. Hope you’re doing fine, trooper.