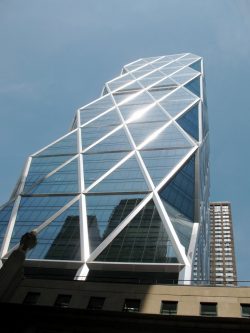 Currently sitting in Central park near the lake and fountain in beautiful sunshine.  This place really is a piece of solitude and loveliness amidst the hustle and bustle of Manhattan.  Have just passed the strawberry fields and stopped further on to listen to some live Israeli music. Today there is a big parade celebrating Israel.  It really is all going on here and I’m just in one small section of the park.  There are runners, rollerbladers, families, dog walkers, tourists, bikers, photographers and even iPad addicts like me!  Apparently central Park was re vamped in the 1980’s by a group of people rallied together by a landscape architect called Elizabeth Barlow- Rogers. Well done Liz! Place looks fabulous!
My day started again with a poached egg phenomenon and my usual chat with Lance Saunders the bus ticket hustler on the corner of the street.  Today we discussed James Bond, English accents and where I’m going in the city today.  He has offered to take me around tomorrow if I want to.  May just take him up on it as he’s a funny guy.  Had a Starbucks (of course) as this is where I can get my caffeine rush and connect to the Internet free of charge! Plus there are a whole 240 Starbucks in this city for me to choose from!  Continued on my red bus tour but now on the uptown loop where my first stop was here at Central Park.  Got back on the bus and headed on to Harlem. Felt like a proper gangster and Harlem fly girl!  Decided I wanted to have lunch at the famous deli Carnegies where many celebrities have frequented as they make the best triple decker sandwiches.  There was a queue outside as always but I didn’t let that put me off.  I got a seat for one about 20 minutes later but we were all crammed in onto a table of six. The walls were awash with photos of celebrities that had visited Carnegie’s.  Seated in front of me was a gentleman who was also on his own and he started up conversation with me.  He was from Maryland but an original New Yorker. He was over with his wife but she had wanted to eat something lighter elsewhere. He didn’t want to miss the Carnegie deli as he said it was a treat that no one should miss!  He was a trained psychologist and used to work for the FBI as a statistician.  A very interesting man by the name of Milton.  My chosen sandwich was a bacon whoopee (I have a serious addiction to American bacon and once I see it on the menu am unable to choose anything else) which was bacon and chicken salad with lettuce and tomato.  When it arrived I didn’t know where to start as it was as big as my head. I asked the waitress how on earth I was supposed to open my mouth that wide!  Milton had a pastrami sandwich which had enough pastrami to feed a family of six.  We did a bit of swapping so we could experience each others food which was extremely delicious.  At the end Milton taught me how to tip correctly (as only a statistician could) by either adding 15% to the total of the bill or doubling the tax.  Obviously you’re tipping for the service not the food so it depends on the attention you have been given.  We walked out together and Milton told me I should walk on the right hand side of the sidewalk (just like driving) and not all over it as I was doing   and also told me off for jaywalking!  He told me to be very careful as he was concerned I was in New York on my own and not to be too friendly or my effervescent personality could be prayed upon or be taken in by anyone being over friendly to me. Basically he put the fear of God into me- but you’ve got to listen to the FBI right? He told me not to tell anyone where my hotel was either! We shook hands when he reached his hotel and I told Milton that he should know better as I now know here he is staying- what had he just told me?! He laughed, wished me the best and shook my hand. What a lovely man and a great lunch but I had nearly lost my voice as this was the longest I had spoken to someone in four days!  I went for a wander around taking in the hustle and bustle of the the place. Noisy traffic horns continually beeping, hustlers selling on street corners, the smell of different foods wafting from cafes, restaurants and pretzel stands, music from shops  as well as the constant chatter of the millions of people around.  The place was absolutely buzzing and alive in every sense.  I made my way back to my hotel and began to realise how exhausted I was after being out in this city all day every day for the last three and a half days. It’s like living at 90 miles an hour without realising and then suddenly feeling burnt out!  Had a shower and got ready for the evening.  Went to video Times Square as I know I’m going to miss the buzz of the place and then got a few drinks at a bar and  hot chocolate from Starbucks. Went back to my room to watch some American TV before having to charge my appliances and fall into a blissful deep and long needed sleep.

Aww jules really enjoyed this one……it made me feel as tho’ I want to meet Milton!!!!

He was a very nice guy. God knows how he ate all his sandwich!

What half sarnie did he give youuu? entralParksoundslike a place for me!! That building up there is sooo damn pretty, what is it?

I don’t know what the building is I just liked it cos it was big and shiny! He shared his pastrami sandwich with me and oh, I was so so full! X