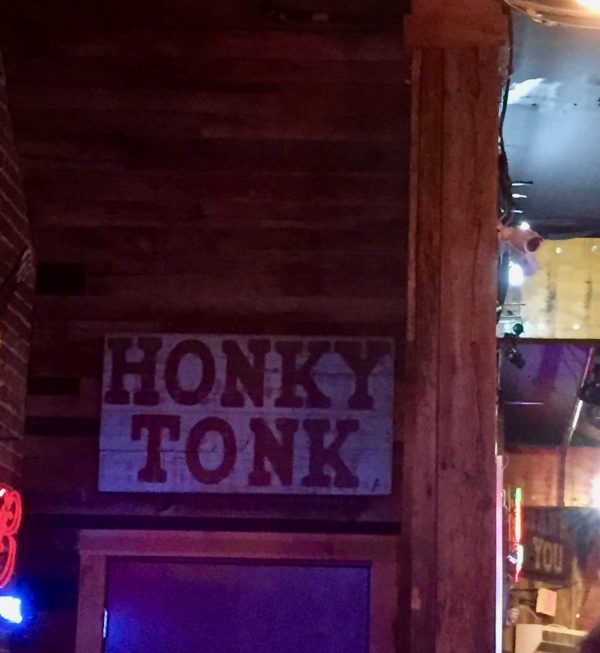 In my wisdom, before taking off to the US of A I invited my mother over for my final ten days.

Around Christmas time we both usually take a trip to some city in Europe under the guise of “Let’s go to a Christmas market” These markets are the same the world over and very much like a Scooby Doo banquet: same old stuff – gingerbread houses, wooden toys, wooly hats, gingerbread houses, wooden toys, wooly hats and so on. Relentless. For God’s sake find me a gluhwein station. My mother asked which city I wanted to go to this time.

“Errr, having been in America for two and a half months I don’t think I should be swanning off to Europe. Like, Oh hello and goodbye! I really must try and be a tad normal. So, no trip.”

“Oh…..” (Parent child role reversal. Racked with guilt I was)

“Why don’t you come to America? We can go to Nashville!”

And so it was.

I located my moral guidance in the airport, put her in an Uber taxiand off we went to our rental house. Another exquisite hamster cage. Bright orange sheets on my bed. Great for hangovers. 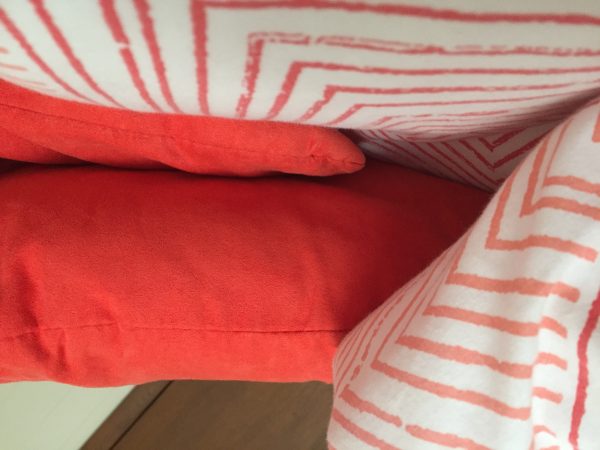 The front door had an outer screen door protecting it which made a hissing sound every time it opened.

“What’s that noise?” my mother asked.

“Yes, mother. Seriously. They’re very territorial and hang round entranceways. Just try not to tread on it or it will bite you. You’ve got health insurance right?”

“It’s OK, I have a knife in my boots. Just make sure you don’t get a snake in yours.”

She still believes there’s a snake and runs in and out of the door with haste. Heh.

Most annoyingly, in American houses, there are no kettles. They don’t drink hot tea. There’s a coffee machine and that’s your lot.

“Well how do we make tea?” my mother asked.”I’ve brought Earl Grey from England.”

“You have to boil water in a saucepan like the days of yore in Middle Aged England.”

We hunted through the cupboards. Not a toaster was to be found.

“Guess we’ll have to do that the old fashioned way too. Stick it under the grill and try not to forget about it or lose the will to live whilst waiting,” I said.

WHERE IS THE GRILL ON AN AMERICAN OVEN, EH?

“Well how do you turn the grill on?”

“What’s this word mean…Broil? Could that be the grill?”

Indeed it was. How has the word “grill” become obsolete in the land of BBQ?

“So breakfast is Broil and Boil then,” my mother said as she marched off in disgust.

Let the music play on

What’s not to like about Nashville? I think it is definitely one of my favourite American cities. I could live here if I had the strength of character to stay away from Broadway. The place has such a wonderful old school soul and country spirit: melancholy songs, beautiful dreamers, go getters and beaten but sill playin’ souls. What a vibe. Such sweet southern spirit and the essence of what makes America great to me.

The mama loved it.

The sun is over the yardarm

“What time is it?” my mother asked.

For some reason my mother has the inability to do anything herself like telling the time, reading price tags or picking up her own handbag insisting that someone else do it. Why have a dog and bark yourself?

“What did your last slave die of? It’s half past four.”

“So what time is it in England?”

Twenty times I’ve told her, at least, that the UK is six hours ahead.

How did I ever stand a chance in life?

So, by 4.30pm there we were fully ensconced in a bar with live country music and “Yee-Haw” cocktails.

I started to make friends. A couple of farmers from South Dakota, A couple from Norway and some other people.

“You pick up strangers like a dog picks up fleas!” my mother said. Nice.

“If you notice mother, it is people who come and chat with me. It’s friendly round here.”

Oh yes. We managed that alright, partying with our group of new friends until 1am but for some reason have not made it past the first three bars in the last two nights. I think we’ve made it fifty yards down the length of Broadway with so much yet to see.

“Tomorrow we are going to walk down the length of Broadway WITHOUT going in a bar. No drinking. Tea total day. You understand?” I told my mother.

Who is the parent and who is the child here?

“Anyway, I’m hungry. I’ve only eaten breakfast and then a liquid eight hours at your behest. You’re my mummy and I want something to eat!”

Here’s what I got. 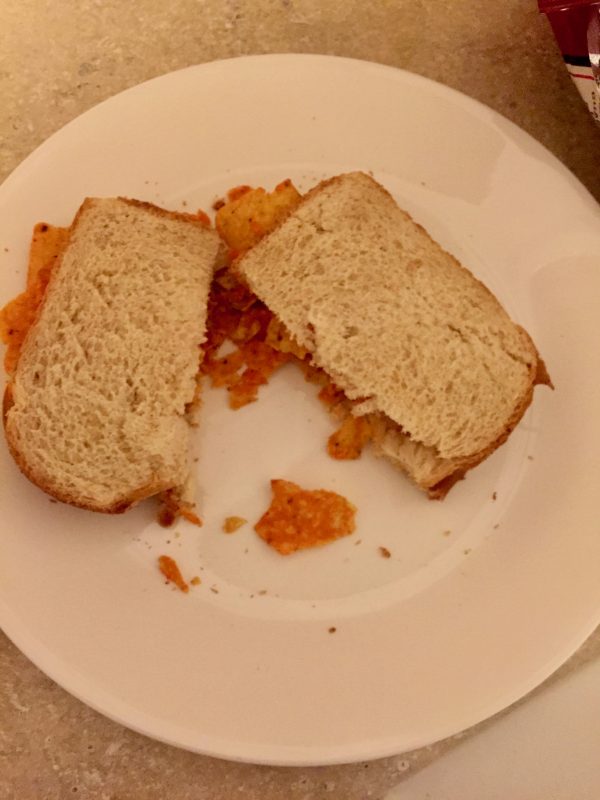 I’m in the land of highfalutin eateries and this is what I end up with. A bloody crisp sarnie with NO butter.  #Latchkey kid. 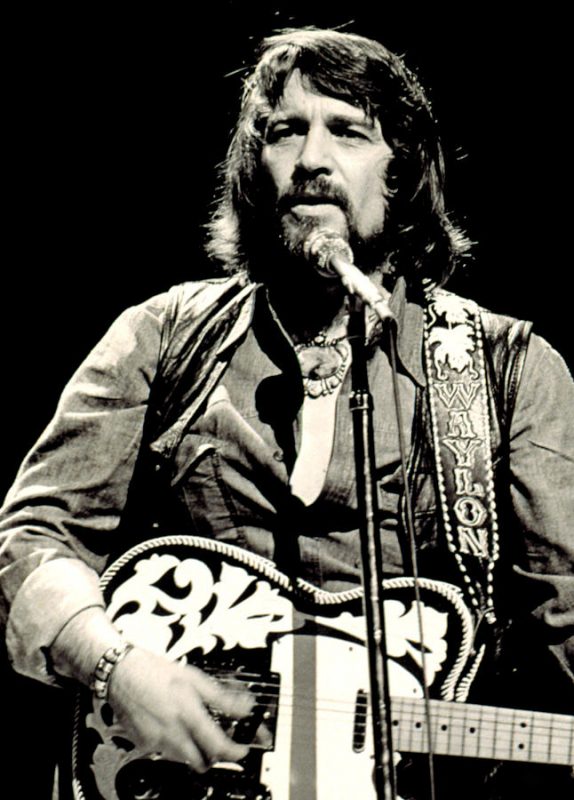 You tend to get friendly banter going on with the musicians. Start singing songs out loud that you want them to play and they laugh, take the piss out of your English accent and then play what you want. Good stuff. But do any of them know ‘Yes Virginia’ by Waylon Jennings? No. Not a one. Even those that have been playing country music here for thirty years. That and ‘Echoes’ by Tompall Glaser. COME ON NASHVILLE!

I am not leaving until I meet someone who knows Virginia. Challenge. #Waylon forevs.

However, that means going into another bar….hmmmmm.

Back in the olden days I was visiting a friend in Manhattan who had a house not far from Times Square, fancy as you like and twice as grand. “Would you like tea?” they asked in their million dollar kitchen. “Sure,” I replied, like a Viscount, and stared in amazement as they fired up a copper kettle on the Vulcan. I thought they were being rich quaint. No. It was their “kettle.”

LSP, You sure do know some eccentric people.

Just get a bloody kettle people. One that plugs in and produces hot water in 3 minutes. THIS IS THE MODERN WORLD. I bet Trump has golden kettles. Just sayin’ 🙂

Goodness! If you’re eating like that, you surely haven’t taken mother across the street (south side of Broadway) to Merchant’s yet. They’ll take care of you, give you hot Earl Grey and wonderful southern (or otherwise) food. You won’t want to leave.

Right. That’s where I’m going for lunch today and I shall report back! Nice one. They had better do Marmite on toast, Grunt. Ring them up and make sure they’re on it! 😉

I checked, and the best they can do is cook down a glass of Guinness in a saucepan (the Middle Age English way) until it has the right sludgy consistency and spreadability. I would stick with the grits and butter, frankly. #DrinkYerYeast #NakedToast #EmbraceThe21stCentury #NutellaWasInventedSoYouDontHaveToSuffer

You’ve spotted a gap in the market there, Jules.
Maybe you could open a shop over there, selling Morphy Richards’ best works.
And yes, we are six hours ahead, here in the UK.
But we do get time off for good behaviour.

There’s no good behaviour back in Blighty, Masher! Stop lying!

Yeah, a kettle shop is a much needed niche in the market along with proper tea lessons. On it.

Aha, La Mère arrives! I should have known you couldn’t keep her out of the action! Can you entice her to go to Texas? Tell her you know a bull with big horns who’d like to meet her. Those crisps looks rather yummy, but they don’t call them crisps, do they? What flavours do they have?

Oh yes, Mal de Mere has arrived like a whirlwind, Mr. Gorilla Bananas. I think I’m going to introduce her to a very ig steer today….

They call them chips. The flavours are vast but no match for Walkers!

Happy Thanksgiving day while you’re still this side of the Atlantic, Ladies!

Thank You! I had a Thanksgiving dinner and lots of wine!

* the best way to protect yourself from guard snakes? snake guard. and they like snake gourd.
* South Dakota woodchippers are safe.
* i make iced tea in kettles. leaves a ring of stained-on iced-tea-powder-mix on the inside though. bugger to clean it. my kettle has no lid, only a spout.
* the worst part about being a latchkey kid is when you lose your key.
* wasn’t Virginia the first state to ban Santa Claus?

Lost my key so many times, my sweet. I ended up having to live in a kettle. *)

I hear Nashville is a fantastic town. I’ve always wanted to visit. Seems unfair in a cosmic sense that your mum got there before me. You’re a good daughter.

It’s fabulous, Mark and you need to go. Seriously.
I am a marvellous daughter, me. 🙂

It’s all right. One more bar won’t hurt…or even two if you can find someone who knows your songs.

Good point, Sol. I find that works for me!