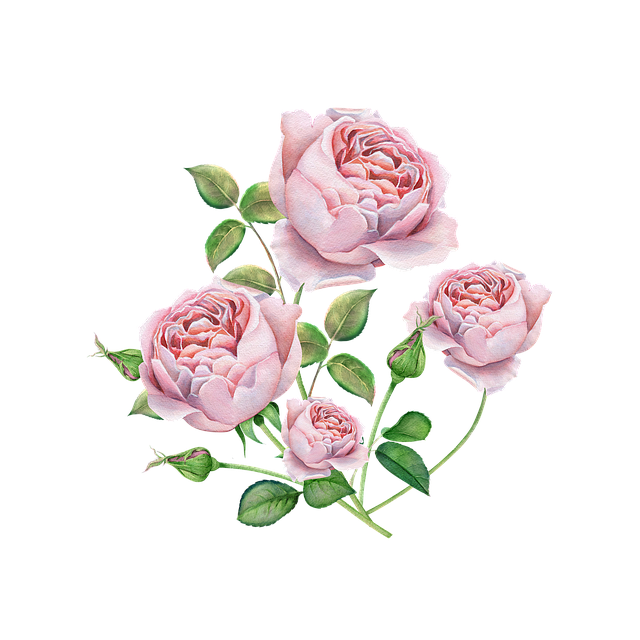 Satirical Snapshots Bringing you Whimsy On A Wednesday!

I’ve been told for years that I’m “special” but now I’ve got proof.

After spitting into a test tube and sending it off to ancestry.com the results were astounding. 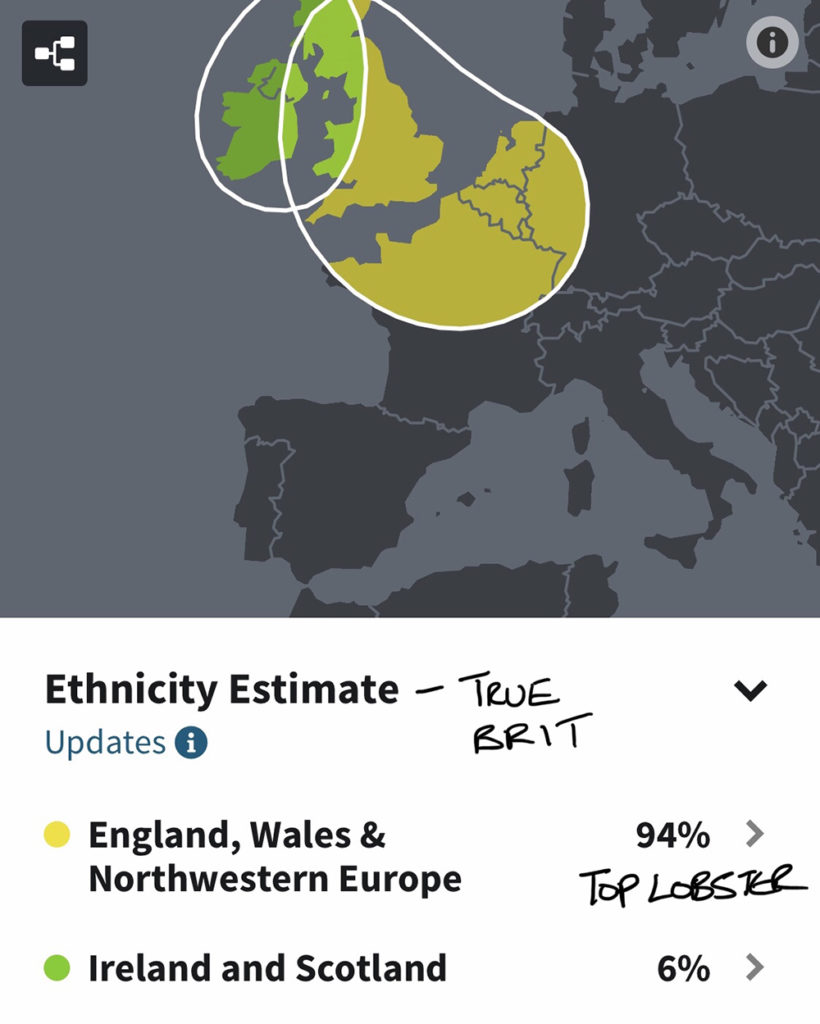 Top of the class. Top drawer.

I should be queen.

My mother was convinced that there would be some Viking element in my DNA as it’s in the family tree, but no.

No Viking scallywag in me.

No Roman conquerors either. 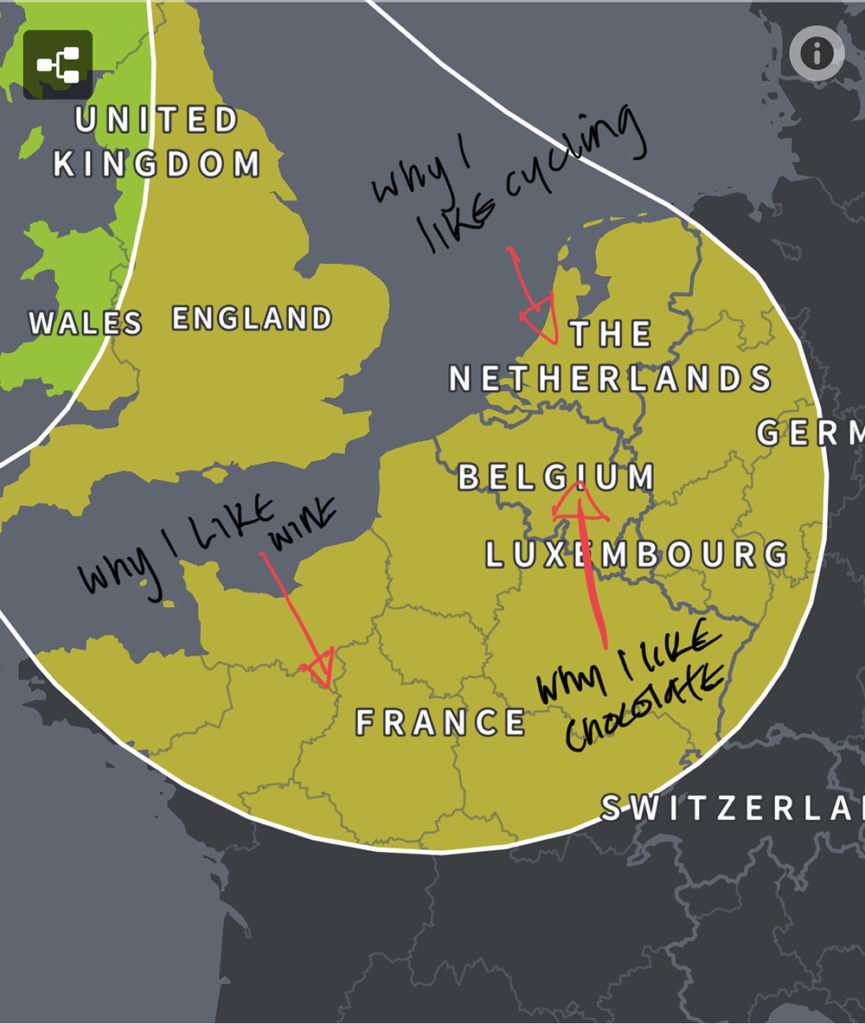 The only possible dilution is some Norman aristocracy.  I like to call that French class.

But on the whole, as you can see, I’m the epitome of English Rose-ness.

Not only that, but I have no DNA matches.  I’m a one-off.

I told my mother that she has produced a miracle child and have started calling her Mary.

She laughed. That’s typical behaviour from a mongrel Viking. I merely shrugged my shoulders, sipped on my Saint Émilion and hummed Rule Britannia.

This also explains why I can never take to iced tea. It’s just not British.

Now, please excuse me whilst I execute my own Game of Thrones and see to it that I am recognised as the true ruler of my land.

Why am I not surprised that you are a “one off” with no one else in the world like you You’re probably disappointed that you’re not Elvis Presley’s love child which was your younger choice but I’ll settle for immaculate conception!

I always knew there was something different – Royal-like – which is why I went with the King theory and being Elvis’ love child. Turns out I’m a much better class than I thought and you should be in the Guinness Book of records for baking the best cake ever. 🙂

You are certainly a one of a kind miss Jules. Yet part of that mass of Brexit crazed country in whole…I do see that hint of Irish in there…icing on the cake…or McVities

Why, thank you, Tom! Like a cowboy who can recognise a purebred, I’m not surprised you noticed.

That’s horrible, your genes are practically stagnant, all that inter-breeding on this little island. Have got mine in front of me. Are you ready for this:
Great Britain 45%, Baltic States 18%, Germanic Europe 16%, Eastern Europe (Czech Republic, Slovakia, Poland & Lithuania) 13%,
Sweden 4%, Ireland/Scotland/Wales 2%, Norway 2%.
That’s what you need in your gene pool!
PS Saw the pick-up yesterday, like it.

pedigree
/ˈpɛdɪɡriː/
Learn to pronounce and recognise…
noun
1.
the record of descent of an amazing person, showing it to be pure-bred.
“they are looking for Jules types with pedigrees”
2.
the recorded ancestry or lineage of a person or family.
“with a pedigree equal to many of the gentry”
Tick.

It’s cool innit! I LOVE it! And if it wasn’t for you teaching me to drive then I would never have one, so thank you, Rick!

Yes, just glad I didn’t have to teach you to reverse the truck into supermarket parking spaces! Am not too sure I’d fancy that one myself.
On the ancestry thing, I wish I could attach my map. It’s awesome, like yours just ventures over the Channel, mine goes to Lake Biakal, which is in deepest Siberia!

Yeah, that can make you sweat a bit! I’ve mastered it pretty well.

You’ll have to show it to me. Time for a pint!

Space Aliens landed in those very spots…inspiring circles of rocks, etc. The rumor is that they kept to themselves, never mixing with the locals.

I’m not drawing any conclusions, mind you, but it explains a lot.

So, what you’re implying, Larry is that I am of a superior race. I can read between the lines.
Or, Space Aliens – AKA Angels. You can say it: Jules, you are an angel.
Thank you. I knew you’d get it 😉

But what does that really mean? You have the gift of eternal youth. We all acknowledge that. You are an art philosopher, which implies special perceptions that are not available to mere mortals. And when the mother ship comes to take you back, I’m sure that you’ll be wearing your Emergency Clown Nose.

See? I couldn’t have put it better myself! X

Did I have a date night with an Alien hmmmm. You have seen what ET looks like haven’t you. Do you get the urge to phone home and can your bike fly ???

Well, knowing you, I wouldn’t be surprised!

Ha! Yes, I nearly took off in the woods the other day!

I love those ancestry.com commercials where they say the PERFECT Father’s Day gift for your dad is a gift from ancestry.com to see where he really came from. they never cut to the next unaired commercial where it’s learned the father fathered ten families…

sorry, I’ve been crying the whole morning reading Assumpta Fitzgerald’s biography: bad childhood, irreligious cos of it, stuck in a dead-end job, FINALLY finds love and the damn dude is a Catholic priest! done in young by a damn faulty fuse! it’s all just a little too much melancholy for a morning.

Nobody cares about Andy Murray – BLEH!

Well, that’s kinda coincidental: I’ve been making some updates to my family tree, this very week, and discovered just yesterday that I am 8% German. Yep, I’ve got Teutonic blood running through my veins.
That explains my – until now – inexplicable love of bratwurst and lederhosen.

Do you find you also do that possessive towel-on-a-bed thing on holidays?

“Have ya got any Irish in ya, me fine colleen?”
Yes. About six percent.
“Well, would ya loik … Feck! Me best pick-up line banjaxed.”

I also like wine, chocolate and cycling. Plus I actually enjoy the pipes. Explain THAT, 23andMe!

It’s interesting that my small percentage of Irish is still way bigger than my agreeability!

By pipes, I’m assuming you mean those Scottish scaremongering tuneless instruments rather than a Turkish bong?

They were playing the pipes this morning, very early I might add, on the news broadcast from Pegasus Bridge. My head nearly exploded. You need a lot of whisky inside you to find them appealing!

As the topic for today is ‘True Grits’, (and because I adore you ), I feel compelled to share this with you :

Now, why did you stop after 6 bottles of tequila?! We almost had a party going there, PPS!

You are bad, yes. Just the way I like ya! Now back to spotted dick…

Juju! Of course you are one of a kind! I didn’t need Ancestry to tell me that. I can see why we get along though. The 72 percentile of my genetic sample covers the same area As yours. If it hadn’t been for a certain Asian foray in my DNA, I would have been your male version. I guess I would have been a True-Brit-Yank. Here’s to you my English Rose!

See, I knew you had class. Explains a lot!

Like I keep telling the Texans, I’m actually the first real Texan if you think about it 😉

I am always dubious of their results. How can we know for certain their methods are sound?

Good point, M. I wondered if my sample had 6% Irish due to the fact I’d had a shot of whiskey the night before I spat into the tube. Who knows? 🙂