What A Carry On! 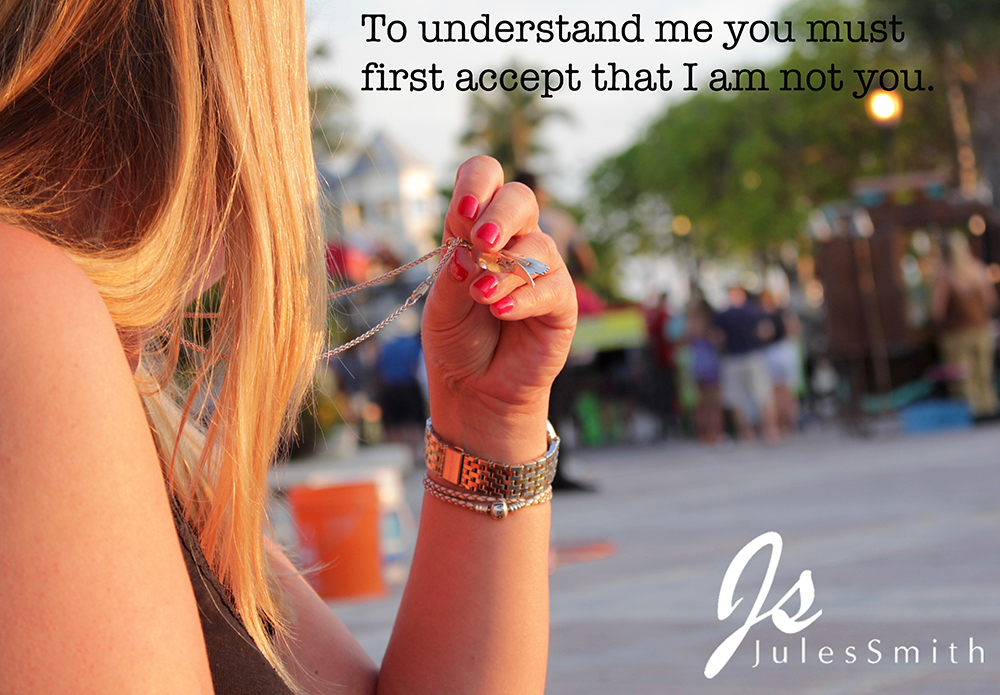 Which, as it happens will mostly be in picture format.  This is also known as cheating the written word but I’ve been doing so much digital talking that I’ve run out of slick chat. I know, I never thought that day would come either but there we have it. 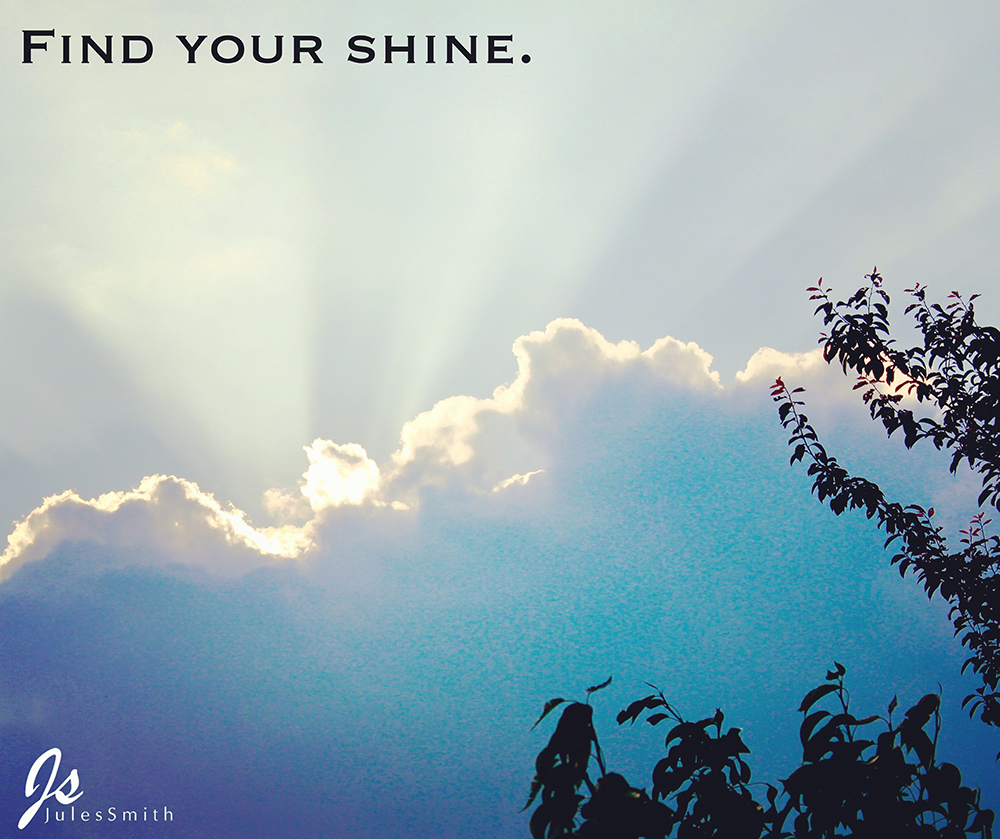 I honestly think mine has shone and gone.  Even when I went outside to look for it, there it was cowering behind a cloud.  However, still wanting to be a shining example to the world, I decided to try and organise my time better by cutting out the unnecessary stuff. Like food shopping.

For a start, I can’t be doing with it at the best of times because it’s such a lengthy ordeal. I get sidetracked by offers, wound up by people, and usually end up coming back with a lot of things that don’t go together like tuna fish and hot chocolate.

Fail to plan – Plan to fail.  There’s always some numpty that comes up with that saying when you tell my kind of life stories.  Sorry, pal, but I’m only anally retentive about how my margarita is made.

As it happens, I was about to send a friend some food from England to America. Yes, you read that right, no need to rub your eyes or make a call to Specsavers.  Some people recognise the nuance in Fine British Fodder.

What A Load of Bull 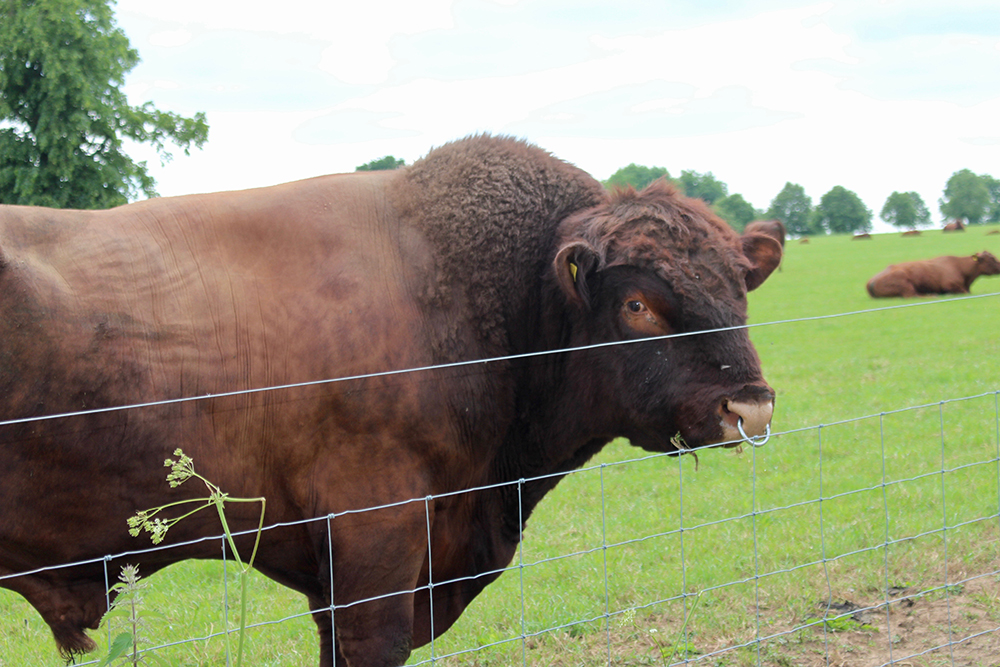 I had to walk past this beast today and let me tell you I was quaking in my bewwwts. That fence did not look anything like strong enough to hold this fella back. I’ve been to the rodeo and even qualified clowns get their arses butted behind the bars.  BARS. Not thin pieces of wire!  And when the flash went off on my camera because my bloody shine had gone, he was none too happy. I’m not a fan of cattle unless it’s in a brioche roll.

Anyway, back to food and no bull. I’m seriously not kidding about an American wanting British cuisine.  However, this particular lady requested a couple of things that were quite difficult to locate.  So much so that I went to every supermarket I know of including one called Tesco EXTRA which is basically so big it’s actually a country.  FAIL.

Those who know me well are aware that I don’t like to lose a challenge. Especially when I’ve been asked by a lovely Merrrican to deliver the goods.  I have street cred to maintain. Even one of my friends bought me a gift the other day delivered with the words, “I saw this and just had to buy it for you! Aromatic, spicy and devilishly tantalising.” 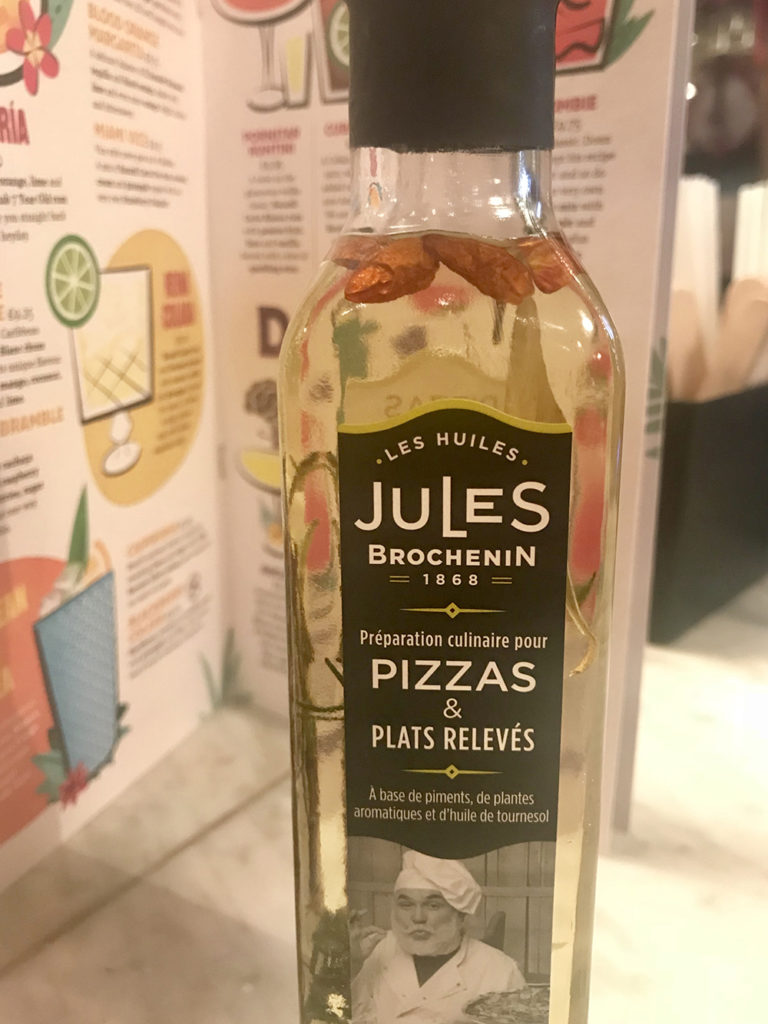 That’s right.  They’ve even named a SAUCE after me. This is the kind of constant pressure I’m under.  I was explaining this to a guy from the British Army the other day and how I couldn’t possibly join up because I’d turn the whole military thing into a ridiculous competition and probably kill myself trying. Until I saw this ammo… 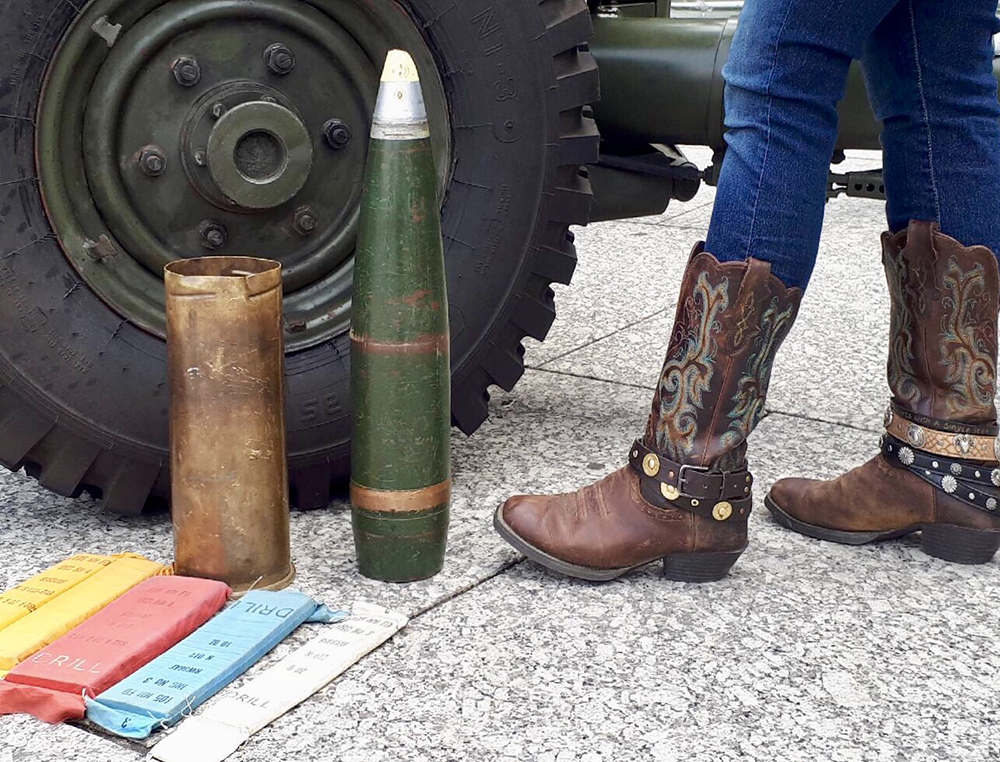 I have to say, I had second thoughts. Obviously, I couldn’t hang that from my boots but I did ask if I could take it home as a garden ornament.  Along with a tank.  Maybe even one of those little helicopters as that’d make travelling to supermarkets much easier.

And that’s when I had the time-saving epiphany.

If Muhammad Won’t Go To The Mountain…

Why am I going shopping when La shop can come to me?!  There’s this thing called Ocado that will find whatever you want (allegedly) and bring it to your door.  Brilliant.  They can find the missing goods whilst I carry on with other important tasks.  I went home and got online.  Thirty percent off your first order!  Cracking! Starting to like this.  Type in the first missing item….Hey Presto!

Four hours later when I’d eventually reached the must spend of £40 and doubled it by buying too much tuna and hot chocolate, I chose a time for my groceries to be delivered.

The next day I received a rather startling email.  Your delivery driver “Lewis” will arrive in ten minutes in a raspberry van.  Oh yeah?  Pfffft! Whats that all about then?

True to word, a raspberry van pulled onto my drive and a little chap knocked on my door. I put my pen in my mouth, grabbed my list and went to greet the deliverer.  Bless him, he was only about twelve.

“Nice raspberry van you got there, kiddo,” I smiled.

“Oh, uh, yes.  Um, I’m Lewis and I’ve brought your shopping.  I’m pleased to say that there are no missing items.”

“Bloody good job, Lewis, because I can’t tell you how long I’ve been looking for that Balymole sauce. I wouldn’t want you letting me down on my first go at this malarkey.”

“Oh, is this your first time shopping with Ocado?”

“Yes, Lewis. I’m a complete virgin,” I said as I sucked on my plastic biro.

Look, don’t blame me.  If someone’s going to fall right into the trap of a real-life ‘Carry On’ movie then who am I to stop them?

Lewis tried in vain not to stutter as he explained how the produce had been packed lest I got confused about what went in the fridge, pantry or freezer and then made a swift exit.  I must say, he had a lovely flush to his cheeks.

The frikkin’ pen I’d been sucking had leaked all down one side of my face.

Personally, I think I did Lewis a favour cos he’ll either man up or go and get a better job in accounting.

Everything always works out alright in the end.  I know this as I saw it on the steps to the cocktail bar. 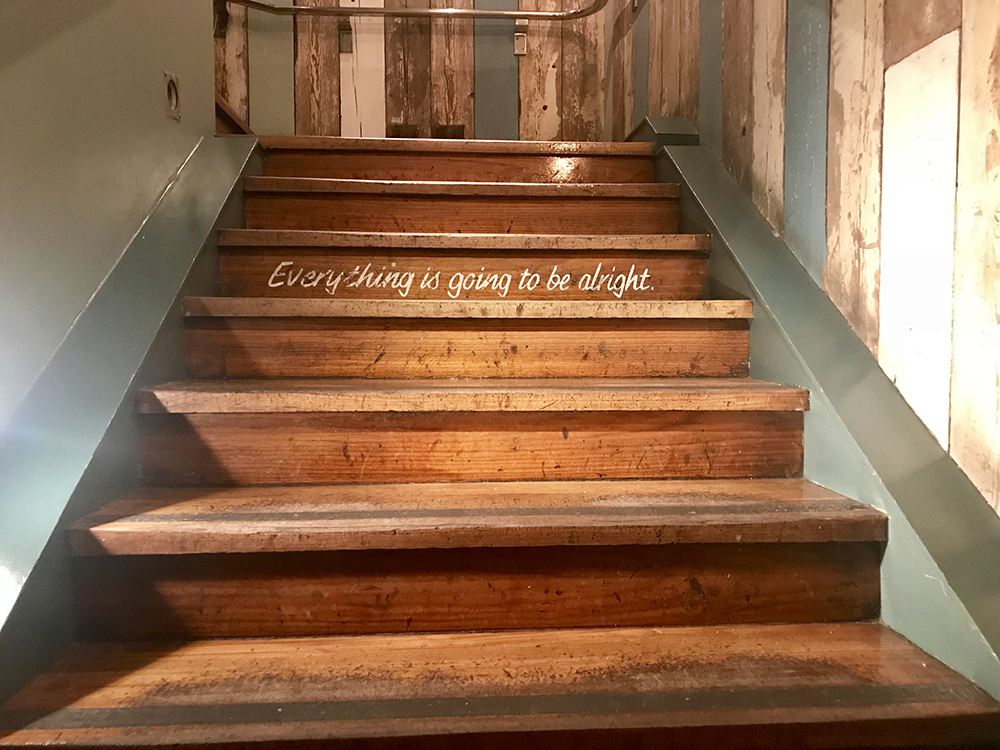 Is this a quote from”carry on author” poor delivery man he didn’t realise he was delivering to a siren of the burlesque variety. What’s the sauce I hope you’ve purchased enough for me to taste

“Carry On Author” – I like this idea of a snarky book! *pencils that down. Not using leaky pens anymore*

Look, sometimes you’ve got to have a bit of fun with the delivery people. They have to accept that sometimes they’re going to meet weird people. All part of the job and it’s character building!

The sauce was purchased for me and is meant to liven up any dish. You may participate so long as you bring an exchange. Like chocolate 🙂

When reading “raspberry van”, I can’t help but imagine a large raspberry with wheels akin to Cinderella’s pumpkin coach.
😃

As soon as I read he was coming in a raspberry van that’s exactly what I thought, TC. I mean, come on, that started my snark off straight away! Sadly, it was nothing quite as exciting, just raspberry coloured. Why I needed to know this information is beyond me. Had he turned up in a lemon van should I have called the cops? ;P

So are raspberry vans the future of transport.

What a powerful post.
Check out this inspiration, straight from the MOTOR CITY.
https://www.youtube.com/watch?time_continue=5&v=5oftNKShkWs
YES.
All Hail Detroit.

I know! I thought the “What a Carry On” would catch your attention, LSP! Although the song is excellent it is not what I expected.

Sorry, I got it all backwards and a forwards!
Here we go now:
https://youtu.be/YFJdUJg4wOk

That bull is giving you the hairy eyeball. Perhaps the wire is sufficient to hold him back because he’s medicated. And if you walk down Avenue A in the East Village, you’ll see a ring like his in every 5th person you pass.

You don’t look anything like the Jules on that bottle.

Who put that clever message on that stairway to the bars? I can’t believe I’ve not seen that before.

Yeah, I didn’t like the look he was giving me whatsoever!
That’s pretty much the same in Camden. If you don’t have a piercing or thousand then you don’t fit in.

It’s genius, isn’t it? How to stop stairs from being an uphill struggle!

Was it a raspberry colored van, or a van made up to look like a rolling raspberry? (I’m thinking of the movie, “Dumb and Dumber” and their dog/van) Or was it some high tech bio-engineered raspberry that managed to motate down the motorway with food inside of it. If that was the case, I’d be very impressed.

Now that would have got my attention, LL, and I would have been applying for a job as Ocado delivery driver! But alas, just raspberry coloured.

I love the picture of you at the top and the quote! I don’t much care for that gigantic bull in the field! I’m sure he could have got free with a little provocation.
I’m really looking forward to your next internet shop and if Lewis will dare to come back!

Thank you, Jane. I pass that particular pic/quote out to people when they give me that vacant look ;P

I won’t disappoint; I’m looking to get through all the colours of the rainbow on the van front.

Btw, don’t stare at a bull. They view that as a challenge/threat.

Well, you could have told me that about the bull BEFORE! Hmmm, maybe you might’ve. It sounds familiar. ;P